The Wonder of Wonder 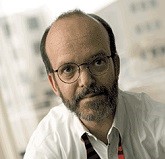 What lies behind us
And what lies before us
Are simple matters
Compared to what lies within us.
– Anais Nin

One of my father’s favorite words was WONDROUS, an odd descriptor that he uttered whenever he thought something was awe-inspiring, heart throbbing, breathtaking.

Throughout my childhood and young adulthood, I cannot ever recall hearing anyone else say this word. That’s probably why I thought it was a bit peculiar and perhaps a little embarrassing.

Decades later, I discovered that the word WONDROUS actually appears in the weekly Torah reading when miraculous things happen, such as the parting of the Red Sea allows the Israelite slaves to escape the wrath of Pharaoh’s Army. It made me happy to realize that this lofty emotion used to describe a miraculous occurrence was a sentiment that my father experienced, articulated, and shared with his family routinely. 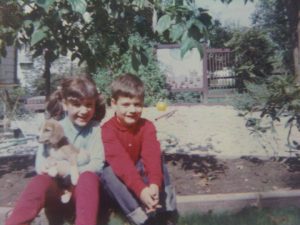 Lisa and Gary and the wonder puppy

Today thinking about the word WONDROUS evokes a memory: both of my parents’ warm gazes as they took turns tucking my brother Gary and me into bed. They tenderly kissed us on the cheeks, lovingly stroked our hair, and wished us pleasant dreams. Only decades later as the parent of Jonathan and Joshua can I completely understand how WONDROUS it is to love a child.

I remember devouring the book WONDER in one sitting when it was first published in 2012. It’s a brilliant, poignant tale that captures the strong parental bonds that we can feel towards our children coupled with the realization that we cannot protect them from the viciousness of the world, especially when that world is the brutal stomping ground of elementary school.

The story is a pitch-perfect depiction of the landmines of kindness or cruelty, never knowing which emotion will be triggered until you step on it, that confront differently-abled children and adults each day. August Pullman called Auggie is the ten-year-old hero of the story. He has already undergone 28 reconstructive surgeries to re-build his face by the time he begins fifth grade. Auggie has incredible parents, a devoted older sister, and a dog that licks his face whenever he walks in the door.

The problems happen when Auggie leaves the security of home and has to face the stares and whispers of classmates and strangers. In the first week of school, another boy starts a rumor that classmates can contract the plague if they touch something that Auggie touches. One mother actually airbrushed Auggie’s face out of the class photo because she could not bear to see his face amidst the sea of smiling fifth grade faces.

Re-reading WONDER reminded me of real-world middle school excursions into the world of bullying towards differently-abled children, specifically my only sibling and younger brother Gary. His childhood asthma often made it difficult for him to breathe, especially in the fall and spring. This illness precluded him from participating in gym class and recess. When you’re a boy in middle school, missing gym and recess is an enormous calamity. To make matters worse, while others got to play, Gary had to sit in the school office or library.

One afternoon walking home from school, a couple of bullies pounced on my brother. They punched him and yelled “asthma-spaz” over and over. The attack triggered my protective big-sister adrenaline. I dropped my book bag and jumped on the assailants, flailing my arms, pulling, scratching, and screaming, “Get off him! Get off him!” Hearing the screams, a woman ran out of her house and threatened to call the police, motivating the attackers to flee. We walked home bloodied and stunned. The next day my brother had a brand-new nickname, “Honig’s Baby Sister,” scribbled on his locker. I learned from this experience that I could not save him from bullies or from the vagaries of his condition. 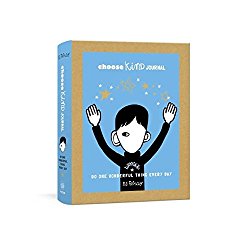 One of the best parts of reading Wonder happens on Auggie’s first day of school when one kind girl named Summer leaves her lunchroom table of friends to sit with the new kid that everyone else is ostracizing. Summer’s loyal friendship helps Auggie decide not to drop out of middle school to be home schooled by his mother. At first, her simple courageous gesture causes her to be ostracized, but then it becomes the catalyst for other children to realize that Auggie is likable and funny, interesting and strong. One at a time more children join his circle of friends. In a pivotal scene towards the end of the book, a bunch of thugs viciously attack Auggie and one of his friends in a forest in the middle of the night. Tremors went up and down my body as I remembered the punches and taunts that pummeled my brother Gary on that sunny day just a block from school and several blocks from my home.

Several years later in the Summer of 1983, I was strolling on the streets of Greenwich Village in New York City with Paul Steven Miller, my close friend from college. He had just graduated, and we were having a celebratory lunch before he moved to Cambridge to start Harvard Law School. As we left the restaurant, a bunch of men congregated on the sidewalk and started pointing at Paul who stood four feet two inches tall. The original Star Wars movie had come out, and they were calling him R2-D2 and laughing like a bunch of fourth graders. We ignored the taunts but the attack still wounded us.

Years later, Paul was nominated by two U.S. Presidents to become the Commissioner of the Equal Employment Opportunity Commission (EEOC). He went on to become the architect of the Americans with Disabilities Act (ADA) to protect differently-abled people from prejudice and discrimination. Nonetheless, this giant in the field of human and disability rights was still a target for mean spirited people. Decades later, when the Austin Powers movies debuted, people pointed at him and shouted, “Hey Mini-Me, How Ya’ Doing?” and then burst into uncontrollable laughter.

Paul is one of the many outstanding people profiled in my upcoming book: SOARING into Strength: The New Science Approach to Help You Heal.

What We Do Matters

One of the most poignant stories about WONDER is a real-life incident that motivated the book to be written and the movie to be produced. The author was getting ice-cream cones with her young children when they saw a girl with facial deformities in front of them on line at the ice-cream shop. The author’s children gasped and pointed at the girl, “Look Mommy!” She feared that they would say something age-appropriate and uncensored, so she immediately pivoted the stroller and bolted out of the ice-cream shop. Feelings of guilt and horror plagued her because her children’s innocent reaction to someone so physically unique had made that other child suffer. For years as she saw the little girl’s eyes staring at her children realizing that this was the reality that confronted that child every day. She wrote WONDER from the vantage point of a child who looks different on the outside but who is ordinary and WONDERFUL on the inside to help teach adults and children empathy and tolerance. 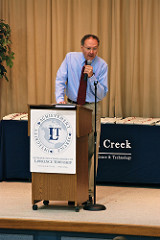 Like Auggie, the wounds my brother and Paul suffered from their attackers healed on the outside, but invisible scars remain. I found myself sobbing on the beach as I read the Fifth-grade commencement scene in Wonder. School Director Mr. Tushman bestows a special award, The Beecher Medal of Honor, for a student who has been exemplary throughout the school year. Announcing the winner, he says,

“Not just the nature of kindness, but the nature of one’s kindness. The power of one’s friendship. The test of one’s character. The strength of one’s courage. Courage. Kindness. Friendship. Character. These are the qualities that define us as human beings, and propel us, on occasion to greatness. And this is what the Henry Ward Beecher medal is about: recognizing greatness.

But how do we do that? How do we measure something like greatness? Again, there’s no yardstick for that kind of thing. How do we even define it? Well, Beecher actually had an answer for that. Greatness lies not in being strong, but in the right using of strength. He is the greatest whose strength carries up the most hearts by the attraction of his own. So will August Pullman please come up to the stage to receive this award.”

Buksbaum, L. H. (2018). SOARING into Strength: The New Science Approach to Help You Heal. We will announce its publication when it is available.

Sisu, Not Silence: A Global Movement to Change the Narrative around Interpersonal Violence

What a beautiful review and so now have another must read book! It’s fascinating how we perceive people who are different from us on some way, and sad how we so easily we get scared rather than curious