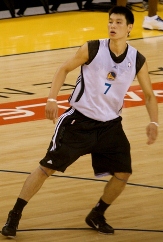 Yukun Zhao, MAPP '10, was born and raised near Shanghai in China. He is the Founder and President of Huaren Applied Positive Psychology Institute (HAPPI), which is dedicated to promoting positive psychology and its applications in Chinese communities. He co-founded the Global Chinese Positive Psychology Association. He is also an acclaimed author of two books published in China. Full bio. Yukun's articles for Positive Psychology News Daily are here.

If you caught one or two spelling errors in the title, then I have a great story for you.

On the night of February 4th, at Madison Square Garden, Mike D’Antoni, the coach of New York Knicks, felt devastated. His team had lost 11 of the past 13 games, and was now trailing behind the visiting New Jersey Nets. He knew the biggest weakness of his team was the point guard. But what could he do? His starting point guard was injured, and his backup couldn’t deliver. He turned to the third-string point guard, an Asian American player named Jeremy Lin. Lin stood up from the bench and went to the court. 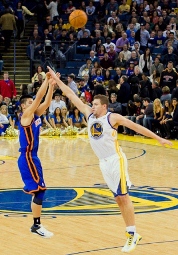 Lin scored 25 points, and added 7 assists and 5 rebounds. The Knicks won 97-92. Everyone was stunned. In an article about the game, Stephenson reported that Nets forward Williams admitted that he had never heard of Lin before. Neither had most of the world. Who would’ve known a player who was not drafted by any NBA team to begin with and was then laid off twice and sent to the development league three times? As a matter of fact, Lin was praying that Knicks wouldn’t let him go just a few nights before this game, while sleeping on the couch of his brother’s one-bedroom apartment.

This was only the beginning. In the next game against Utah Jazz, Lin scored 28 points and led the team to win. In two weeks, Lin led the previously losing Knicks to 7 wins in a row. His dramatic rise quickly won him numerous fans and media attention, dubbed Linsanity.

Many new words appeared in the Linsanity lexicon, including linfinity, linpossible, linpressed, lincredible, and of course, Linderella. Cinderella became a princess with the magic of a fairy godmother. What’s the magic behind the Linderella story? In a Forbes.com article, Jackson summarized 10 lessons we could learn from Lin. As you read this list, think about the character strengths demonstrated:

Here’s my list of the character strengths exemplified by this one person: persistence, optimism, humility, love, kindness, creativity, social intelligence, self-regulation, and gratitude. Lin shows strengths not mentioned here, including humor. Just watch his video, How to Get into Harvard. After an ESPN report that included an ethnic slur, both the writer and ESPN apologized. Lin accepted the apologies, “I don’t think it was on purpose or whatever. At the same time, they’ve apologized, and so from my end I don’t care anymore.” 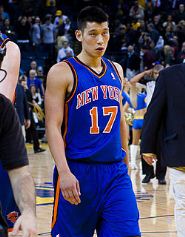 To me, Lin’s most impressive strength is spirituality (or, as any linsane writer would put it, spiritualinty). This strength can actually explain why he has so many other strengths.

This did the magic. He kept practicing when no one else seemed to believe in him and kept training hard during the 2011 NBA lockout. He was ready when the opportunity suddenly came. Steger and Dik have noted that people who find their work meaningful can cope better with stress and often have an enhanced sense of the meaning in their lives. Lin attributes his success to the fact that he was playing without putting pressure on himself, “I’ve surrendered that to God. I’m not in a battle with what everybody else thinks anymore.” This links with an observation by Pargament and Mahoney, “In spirituality, however, we can find ways to understand and deal with our fundamental human insufficiency, the fact that there are limits to our control.”

Of course I am not saying that spirituality alone explains the miracle of Jeremy Lin. I just want to point out an underrated strength of this until now underrated man. Spirituality is a strength that even a non-religious person like me admires. Why? As Peterson and Seligman put it, spirituality is different from religiousness in that it describes not only “the private, intimate relationship between humans and the divine,” but also “the range of virtues that result from that relationship.” I think spirituality probably played the role of the fairy godmother that transformed a talented man into a paragon of virtues.

Images
All pictures from the Jeremy Lin entry on Wikipedia listed above.
Jeremy Lin against Warriors
Jeremy Lin in practice
Jeremy Lin with the Knicks and reporters

Yukun Zhao is the Founder and President of Huaren Applied Positive Psychology Institute (HAPPI), which is dedicated to promoting positive psychology and its applications in Chinese communities. He co-founded the Global Chinese Positive Psychology Association. He is also an acclaimed author of two books published in China.

Positive Male Identity: What is a Real Man, Anyway?

Enjoyed the article and its reminder about the importance of “spirituality”. I’m not sure who the cited sources are relative to the difference between “spirituality” and “religion”, but I would have to say that as a theologian and working pastor, I think the labels are reversed. See, for example this definition from Reference.com

“a set of beliefs concerning the cause, nature, and purpose of the universe, especially when considered as the creation of a superhuman agency or agencies, usually involving devotional and ritual observances, and often containing a moral code governing the conduct of human affairs.”

Lin’s biblical Christianity very much has a moral behavior associated with it, directly derived from the Old Testament Law and the ethical teachings of Jesus and Paul. My encounter with “spirituality” in the twentieth-century is that it as an amalgam of personal preferences designed to make the holder feel good about him/herself and the world. I find little that is demanding of, or demanded from the self-identified “spiritual” folks in our culture, other than, of course, “authenticity”. I’ll take a religous person like Lin anyday.

My heart is singing! This is the most inspirational blog I have read in a long time. Resilience harnessed with so many strengths. Virtuous man…What a joy to read. This started my morning off with a huge positivity BANG!

Yukun, I love your article and the videos you referred us to within it. Thank you for writing this! Jeremy Lin is uplifting to watch on the court. In the Taiwanese video, he says he felt a sense of peace when he was not doing well in the NBA and for me, that sense of peace and connection to something beyond himself, seems to be reflected in the way he plays. Like you, I personally find that spirituality is not the same as religiousness, even though religion is Jeremy’s path. Thanks for an interesting, uplifting article!

Thanks for the comments!

Thomas, the source is from Peterson, C. & Seligman, M. (2004). Character strengths and virtues: A handbook and classification. Oxford: Oxford University Press. The quotations are from pages 602-603: “religiousness is believed to describe an individual’s degree of acceptance of the prescribed beliefs associated with the worship of a divine figure, and that individual’s participation in public and private acts of worship. Spirituality, in contrast, is believed o describe both the private, intimate relationship between humans and the divine, and the range of virtues that result from that relationship.” And they were actually summarizing other scholars’ opinions too. It’s indeed difficult to distinguish between religiousness and spirituality. And surely religion is always associated with moral codes as well. I think what they meant was that 1) religousness and spirituality largely overlaps, 2) the subtle difference is that religiousness emphasizes more on rituals, and spirituality emphasizes more on virtues rather than rituals.

Judy, very glad that you like this article. The Jeremy Lin story is just too inspiring!

Christine, thanks for sharing your thoughts. Yes I agree that the sense of peace is not only in his words, but also in his plays. I actually envy him ’cause I don’t have it……Well, at least improving recently. 🙂