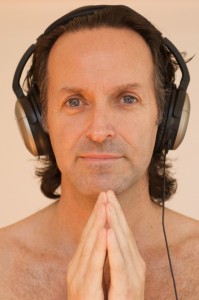 Her articles are here.

Conventional wisdom says we gain strengths from overcoming adversity, which I don’t disagree with. However, I also believe that tapping into our strengths helps us deal with adversity while going through it. From this perspective, strengths are not an outcome of adversity but can also be the means to get through adversity.

Alex Linley and Stephen Joseph of the University of Warwick, UK, report in a review of 39 studies of adversity that some studies show that – among other factors – positive reinterpretation coping, optimism, and positive emotions were associated with greater adversarial growth.

Elsie Smith of Temple University writes in an overview on strengths-based counseling, “The paradox of adversity is that we become stronger by confronting it.” Smith further mentions that strengths-based assessments are measurements of those skills, competencies that allow, in part, one to deal with adversity.

Let me share an inspiring story of someone who turns to his strengths in the darkest moment of his life when battling cancer. Watch this video (3.32min) first before you read on. (Remember to turn up the volume and click the PLAY button) 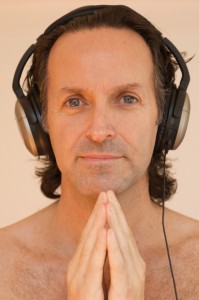 David Wagner is an inspiring stylist, owner of JUUT salons and spas in Minnesota and California, a celebrated author and the founder of the Daymaker movement. He coined the term Daymaker for his philosophy of making the world a better place through intentionally making someone’s day.

At the age of 26, Wagner found out that the care and attention he gave to one hairstyling client saved her from going through with her plan of killing herself. He was glad to have made such a difference, but the experience also left him with an enormous sense of responsibility. He started living with the idea of being peoples’ “Daymaker hairstylist,” and as a result was able to change his clients’ lives so much that it gave him confidence in choosing to be a Daymaker in the other roles he plays. He became a Daymaker boss, a Daymaker husband, a Daymaker dad. He also applies the Daymaker philosophy to his business (voted Top Salon in 2008) and the community.

This is how Wagner introduces himself: “I am a daymaker warrior. My life’s work is to serve others, and influence them to do the same. This means that no matter what I face each day, I remain determined to find a way to bring joy and hope to people around me. I focus on having calmness, compassion, humor, and a positive attitude.”

Last April, Wagner was diagnosed with cancer. While undergoing rounds of chemo treatment, he decided to capture his journey of cancer in a series of photos. He turned to his strength of creativity. He said in an interview with Salon Today: “Throughout the process, I felt all the emotions—the anger, the ‘Why Me?’, the looking at the bright side of things, and we decided to capture that in a series of photos that bring people through the journey of cancer. We started right after the first round of chemo, and we chronicled the treatment, losing the hair, getting my head shaved, regaining strength.” This video above is the first of a series of four, taken when he was just diagnosed.

What are his character strengths, I wondered, and how do these strengths (apart from creativity) serve him on this difficult journey? I contacted Wagner, and he made my day when he said yes to my invitation to contribute to this article. He sent back the completed VIA results within 30 minutes of my first email to him!

“When I look at my strengths I can say I called on all of them anytime I faced with adversity especially death,” Wagner says. His top 5 character strengths are:

From Wagner’s life story and accomplishment, we can see that this is someone who has spent a lifetime building on his strengths. Elsie Smith quotes psychologists Greenstein and Breitbart who describe the famous Victor Frankl belief in the importance of life meaning: “Having a feeling of purpose and meaning can also help alleviate the distress caused by these painful facts of life [illness] in the first place.” The strengths, so well honed for Wagner now, serve as an inner resource to help him through the darkest moments while living with cancer. Through this experience, the strengths, now amplified, will no doubt bring him to the next level of enlightenment.

Author’s Note: Please join me in wishing David a speedy recovery. David, thank you for being a Daymaker to me.

When Overworking Leads to Underperforming

I am thrilled to report that David Wagner is now cancer free.

Thank you Ming and David for such an inspiring story! I see courage and selfless love in David.

My father has just been diagnosed with terminal cancer and I am very lost and angry these days. Why him? Why such a good father got cancer?

I’ve read this article months ago but when I read it again today… I see the beauty of life and love. I see the connection between us. Thank you for making my day, especially when I need courage and strength most.

David, I truly wish you enjoy everyday with your loved ones.

I believe that Wagneer’s Positive Mental Attitude also had crucial role in his turn around success. Generally we lose half the battle with negative approach.