Home All The Worst Boss Ever!
AllBusinessEmotional IntelligencePositive Organizational Scholarship 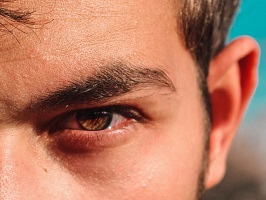 Yashi Srivastava, MAPP '16 is a coach, teacher, and writer passionate about helping people cultivate inner peace. While Yashi began her career teaching computer programming, her life-long fascination with the human mind led her to become a people development professional. You can learn more about Yashi on her website and on LinkedIn.

Have you ever worked with a really mean boss? One who is quick to notice your mistakes and is blind to your accomplishments? One who counts the number of hours you spent in office but forgets that you also worked on the weekend? One who seems to have made it his or her mission to make your life miserable?

Considering quite a few employees leave their organizations because of a bad manager, I am guessing many of you can relate to the frustrations of having a boss like this. The question I have been pondering over in the last few years is: What do you do when your mean boss is not another person, but you yourself? 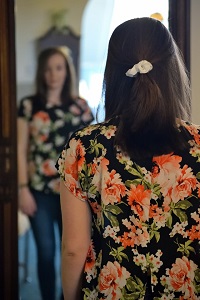 Mean Boss in the Mirror

After having worked with over half-a-dozen supervisors in a span of eight years in various roles, a few years ago, I started my own business and thus, became my own boss. While I knew there would be challenges associated with being an entrepreneur, the biggest challenge I ran into, especially in the initial years, was one that had simply not occurred to me: I happened to be the worst boss I had ever had in my life.

I distinctly remember the moment this realization dawned upon me: it was the end of a day that hadn’t been very productive. Being in the early years of setting up my business, I constantly struggled with the challenges that came with the territory: the fears, the self-doubt, the isolation. On this particular day, as I wrapped up my work, my boss started pointing to how much time I had wasted, how incompetent I was at this “business thing,” how I was never going to make it, and so on.

I was sitting at my desk in my home-office feeling sad and lonely when the thought struck me. If anyone else in the world had said those things to me, I would have pushed back. I would have said they had no right to be so mean to me. I would have pointed to all that I had learned that day and all the progress I had made. I might even have suggested they were falling prey to the human tendency of negativity bias. Upon realizing this, I was compelled to ask myself: if I wasn’t going to allow anyone else to treat me so poorly, why on earth was I doing it to myself? Was that the kind of boss I wanted to be?

The Alternative is Self-Compassion

The answer, of course, was an emphatic no. I wanted to be a wonderful boss to myself: one who cared about performance and pushed me to do my best and was kind at the same time. This was easier said than done, though. As Kristin Neff, the leading researcher on the topic of self-compassion states in her TEDx talk, most of us are our own worst critics. We say things to ourselves that we won’t say even to people we don’t like. We find it easier to be kind, forgiving, and generous to other people than to ourselves.

I thought that’s quite unfair, and I took solace in Neff’s assertion that we can all learn to be more self-compassionate, thereby becoming better managers for ourselves in our professional as well as personal lives. 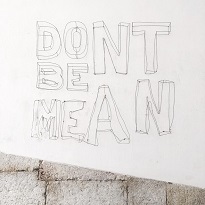 In the past few years, I have made a deliberate effort to practice self-compassion in my life, thereby becoming a better boss to myself.

One practice that I have found particularly helpful is keeping a self-compassion journal, a recommendation from Neff’s website. Journaling for me has always been a way to process difficult thoughts and emotions. When I turned to journaling for self-compassion, it worked well. If journaling isn’t a preferred approach for you, Neff offers various other exercises to practice self-compassion.

Self-Compassion is a More Effective Motivator Than Self-Criticism

Some people might find the idea of self-compassion selfish or self-indulgent. They worry that being self-compassionate amounts to letting oneself off the hook. Then nothing gets done. However, Neff’s research finds that self-compassion provides a more effective form of motivation than self-criticism. This makes sense even from my experience. Having a boss be mean may create fear-based motivation in the short-term. In the longer run, immense anxiety and frustration are likely to adversely impact one’s quality of work.

Frankly, it’s not always easy for me to be self-compassionate. However, I have found it to be a worthy skill to practice, as it positively impacts my personal as well as professional well-being. If you are being mean to yourself, I urge you to try self-compassion. Chances are, this will not just make you a better boss to yourself, it will also help you become a better manager, spouse, parent, friend, and human being to those around you.

Neff, K. D. (2013). Self-Compassion Step by Step: The Proven Power of Being Kind to Yourself. Sounds True.

Neff, K. (2013, February). The space between self-esteem and self compassion [Video file].

Your Positive Portfolio: A Tool to Fight off the Sadness of the Corona Crisis