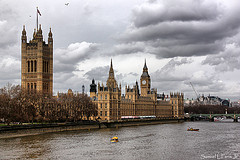 Vanessa King, MAPP '10, works with organizations around the world to help them and their people get better at what they do, develop potential, and so get more from work and life. Based in London, she is partner of Change Able LLP and Director of The Change Space. Vanessa is also the lead positive psychology advisor for the charity, Action for Happiness.

In London last week, shortly after the tennis at Wimbledon 2011 had just come to an end, Dr. Martin Seligman used a timely analogy. He announced that the UK was now on ‘centre court’ towards creating a positive human future and at a possible inflection point for positive psychology. His comment refers to the UK Government’s action to measure well-being through a household survey of 200,000 people per year. Seligman described this as a courageous move since Britain is in the grip of a tough economic recession and swingeing cuts to public services.

Seligman spoke at two sessions, the first at the House of Commons, the centuries old home of the UK Parliament, and the second at the Royal Society of Arts (RSA), whose notable members have included Benjamin Franklin, Karl Marx, Adam Smith, and Charles Dickens. Seligman stated clearly his view that governments should be held accountable for changes in the well-being of their citizens, as well as for levels of economic growth. Indeed, he provoked, “What is the point of wealth if not to produce well-being?”

Certainly the UK Government appears to be listening, at least as far as taking the first step of measurement. How this will translate into public policy for well-being is yet to be determined. Although Dr. Seligman confessed that throughout his career he has focused at the individual level, positive psychology research has now been successfully applied to groups such as schools and indeed currently to the US Army. He sees no reason why it shouldn’t influence government policy too.

The core of Seligman’s address centered around the elements of PERMA, his new theory of well-being as presented in his recent book, Flourish. Here Seligman confessed that his thinking had changed. The approach he’d taken in Authentic Happiness was insufficient since, “What free people choose to do is driven by more than just happiness.” Introducing each element in turn he cited some of the latest research findings and gave examples of specific interventions. 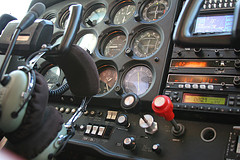 Dashboard in a cockpit

Seligman proposed that PERMA could provide a basis for a dashboard of measures to inform public policy. Seligman noted, “You wouldn’t fly a plane with only one measure, you need a combination – and the combination would vary depending on your mission,” and perhaps indeed the conditions in which you were flying. What’s more, the dashboard approach to measurement could, in his view, apply at both an individual and a policy level. Interestingly, the UK Government’s current approach only measures two elements, positive emotion and meaning. 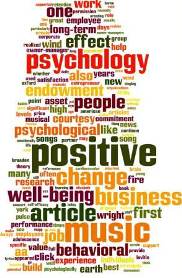 Seligman then went on to say that the traditional expensive and laborious methods of surveying the population may soon be a thing of the past if one of his latest projects comes to fruition – the mining of the internet and social media for frequency of “PERMA words” to get extensive, real-time data on the state of national, or indeed global, well-being.

Clearly well-being is a hot topic here in the UK and both sessions were packed to overflowing with people from a wide range of backgrounds. Illustrative of this were the range of questions asked of Dr. Seligman. 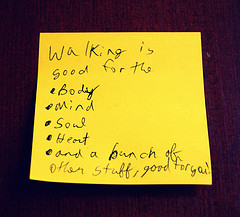 A question that particularly stood out for me as illustrative of how far the positive psychology and well-being agenda has come was when a member of the House of Lords asked if well-being needed to influence not just the content of political debate but how it is conducted – since political discourse in the UK has moved away from ideology to become increasingly adversarial and materialistic. Seligman agreed, noting that Aristotle considered that the two noblest professions were teaching and politics. (I suspect that whilst many in the UK would agree with the first, there would be far fewer that agreed with the latter.) He went on to say that this might also be applied to journalism – again timely as sections of the UK press have fallen from grace in the eyes of the public in the light of recent phone hacking scandals. Perhaps, said Seligman, the press needed to report on more of what is right, noble, and heroic, as well as what is wrong.

A final question considered how pharmacology and positive psychology urgently needed to work together. Posed by an audience member from the pharmacology sector, this question centered on the limited effectiveness of current drug based treatments for depression and other psychological disorders. Seligman stated that the situation may even be worse. Citing his latest bedtime reading, Anatomy of an Epidemic, he said that there is evidence that drug-based treatments that work in the short term may actually contribute to the rise in mental ill-health in the long run. 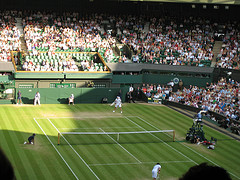 Indeed he pointed out that the positive effects of both medical and traditional psycho-therapeutic interventions ‘melt away’ whereas in contrast, some positive psychology based interventions may be more readily and healthily maintained.

It seems that since its inception, positive psychology is gradually challenging cynicism and even melting some of it away. If this can be achieved here in the UK, hopes are high that it can do so anywhere. Like Wimbledon for those with a keen interest in tennis, eyes across the world are watching the new centre court.

Who is Forgiveness For?

Thanks for this article. Great topic and fascinating reading. It’s definitely the kind of thing I want to get involved with.

Thanks for the update from Centre Court, Vanessa!

Great to know the progress in UK. Thanks!

This is fabulous Vanessa – thank you for the front-line reporting! I still wonder about two things: 1. it still seems to me that most all of pos psych comes back to positive emotion and meaning, regardless of the rest of Marty’s model. Engagement, relationships and accomplishment can still be tied back to positive emotion (short-term hedonia) or meaning (long-term satisfaction). But maybe I’m not being subtle enough. Anyhow, it would seem to me that the UK is still on a good track with those two elements. And 2. when are we going to get positive physical activity in there? It still seems like PERMA is all neck-up. I’d love to see the UK leapfrog current models and measure full-body wellbeing!

Lisa – you took the words right out of my mouth – well almost – I suspect positive emotyions underpins it all.

Vanessa, echo on the THANK YOU and superb insights. Lisa, et. al. – A couple of thoughts on the comment thread…I’ve been thinking a lot about the physical activity/health aspect of PERMA and it strikes me that even a dying person can have well-being, therefore, it really is outside of the PERMA equation. As what I’m not sure, an add-on? An enhancer? An accellerant? Open questions. And I often think of, and teach, “Engagement,” as “engagement within” as I find so many of my clients and students find great well being by being full occupied (in flow) with something that takes them within, distinctly different than time alone.

Hi Gretchen – I’m not sure that’s how I see Marty’s PERMA model – it’s not that you have to have all of them for flourishing (though no doubt, it would help) but that these are channels that different people would pursue to get to flourishing, and that you would follow that one path (P or E or R or M or A) even if it didn’t bring you any of the other elements. So, for example, people pursue “positive emotions” even though it may not bring them any engagement, relationships, meaning or achievement.

(Speaking of physical activity and dying, Randy Pausch http://www.thelastlecture.com/ was in excellent physical condition while battling pancreatic cancer, and pursuing physical health may have helped him flourish, even while dying…)

Thank you all for your favorable comments. And Lisa and Gretchen, thanks for the interesting discussion. This has stimulated the following idea for me…embryonic, but thought I’d put it out there…

Is there a model of Flourishing which goes something like this…

At the pinnacle: Flourishing (Feeling good overall/in the long run and functioning well)

Level 2: Engagement, Accomplishment, Meaning, Relationships (but this could be more foundational – at same level of health or inserted as an additional level above it)

I think Positive Emotions are interesting because they are both an output (feeling good in the short term) which then becomes an input to enable flourishing (based on Broaden and Build). Thus I would show them as a circular arrow coming from Level 4 to the Pinnacle and back down.

ps the elements at level 3 & 4 aren’t included in PERMA but are in various measures of flourishing/well-being.

Vanessa – I’d probably lean towards maslows hierarchy of needs. You’ll notice he has health at the base – try being resilient without enough sleep.

PERMA seems like such a flawed model – is really such old style thinking – assume the mind body distinction, lack of complexity etc.

Re positive emotions – perhaps its the upward spiral that energises you through stages. As an aside I saw some research suggesting that fish oil reduced anxiety by 20% – I wonder what foods might increase positive emotions?

Vanessa – it’s an interesting idea. I think what you are doing is giving levels of flourishing? And that you have to satisfy one before moving to another? Or am I being too influences by the Maslow model? I think I need to see it and hear you talk through it to get it…

I think that also, we need to get further away from the one-size-fits-all model. One of the things that I like about the PERMA model (as I understand it) is that it states that different people will pursue different paths and they are all good / useful / proper (whatever word – I’m struggling here…) ways to get to flourishing, which seems to be the overall goal. (Though we still don’t have a “flourishing” measure – do we??)

We also need to remember (i.e. I need to remember) that PERMA is just one person’s theory – there are other models out there. Personally, I didn’t like self-determination when we first learned about it in MAPP but it has grown on me quite a bit since then. Others have other models.

Much nourishment for my thinking brain. Thank you all!

Thanks for your comments – food for thought…

…there is a flourishing measure – developed by Felicia Huppert and Tim So at Cambridge.