Well-being for Policy and for Life on Our Planet

I have been thinking about writing a year-end article for PositivePsychologyNews.com about my most unforgettable personal engagement in positive psychology in 2010 and how it influenced the world. I had several options: co-chairing the first Positive Psychology & Education Conference in China, editing for a Chinese publisher the Series of Science of Wellbeing which included the 15 best positive psychology books, conducting my research on flourishing and well-being at Cambridge, founding the Global Chinese Positive Psychology Association, and participating in all the exciting projects undertaken by the Cambridge Well-being Institute. 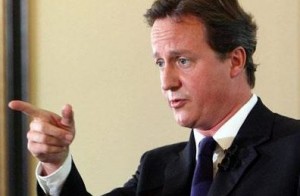 On consideration, none of them can be more significant than being part of the UK Prime Minister’s announcement on 25 November of £2 million of funding for measuring well-being. My research work on flourishing and positive well-being in Cambridge brought me an invitation to witness the historic announcement. The UK Prime Minister argued strongly that GDP is no longer an adequate measure of the progress of a country, and that we need a new way to track the success and well-being of the nation. Here are some of my reflections on what I called ‘well-being for policy’ at the end of 2010.

In the 1930s, the architect of our national accounting system, Simon Kuznets, said more than once that a nation’s welfare can scarcely be inferred from its national income. But we have created and used a national accounting system which is firmly based on production and income generation. This is probably historical, and it had its time. After the Second World War, it was a primary goal to produce a lot of tangible stuff for living to replace what was destroyed in Europe, in China, and in Japan, as stated in Maslow’s Need of Hierarchy model that we need to fulfill the need for survival and safety at the very basic level. So our national accounting system became fixated on what we could produce. 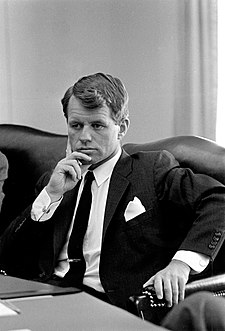 But its simplicity has given GDP an outsized influence on many governments’ decisions. The pursuit of economic growth as defined by an ever-rising GDP has become such a political imperative that any policy threatening to slow that rise has little chance of being adopted. Robert Kennedy said it so well in his poetic speech in 1968, about 20 years after the 2nd World War:

Yet the gross national product does not allow for the health of our children, the quality of their education, or the joy of their play. It does not include the beauty of our poetry or the strength of our marriages; the intelligence of our public debate or the integrity of our public officials. It measures neither our wit nor our courage; neither our wisdom nor our learning; neither our compassion nor our devotion to our country; it measures everything, in short, except that which makes life worthwhile.’

I tried to visualize this by a table of contrasts, some of which I heard from Chip Conley recently:

Obviously, economic stability should remain a priority, but after a reasonable standard of living is secured, it is important that we take a broader view of the things that enrich the quality of our lives. 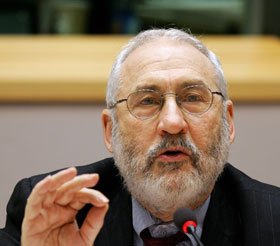 “What we measure affects what we do. If we have the wrong measures, we will strive for the wrong things,” says economist Joseph Stiglitz, a Nobel laureate and former Chief Economist at the World Bank. I strongly believe that if Kennedy were here today, he would have asked us psychologists to work together with economists, statisticians, and others to find ways to measure what makes life worthwhile, just as the British PM and French president Nicolas Sarkozy are currently doing. Are the French and British governments working on something brand new? Not actually. 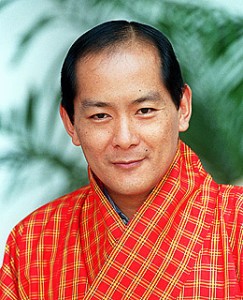 In 1972, the tiny Himalayan nation of Bhutan opted to base its policies on indicators of ‘gross national happiness’, which was deemed more important than more conventional indicators such as GDP by King Jigme Singye Wangchuck. This is similar to what we are doing now, but we now have more evidence-based research and systematic data such that we could offer more advanced knowledge and comprehensive advice to the government and general public compared to 3 decades ago.

To me, as a junior scholar, there is nothing more exciting than working on research that can advise the central government and impact the whole society. On the other hand, for the government, there is also nothing better than backing up a policy with years of rigorous research and science contributed by a group of zealous scientists.

The measure of well-being is just a starting point and one example of how the science of well-being can impact life on our planet. In the future, we can rely more and more on evidence-based theories and interventions which can be applied to business, education, and community settings to establish a flourishing world – and this is the drive that keeps us striving to enhance our understanding of what contributes to well-being.

Thanks to Daniel Kahneman’s Day Reconstruction Method, to Mihaly Csikszentmihalyi’s Experience Sampling Method, and to those measures of life satisfaction, optimism, and meaning of life invented by Ed Diener, Martin Seligman and many others, we are now on the way to address Einstein’s claim that “Not everything that counts can be counted.” We can express the well-being agenda in a more precise and solid way and work toward flourishing life across our planet.

Bok. D. (2010) The Politics of Happiness: What Government Can Learn from the New Research on Well-Being. Princeton University Press.

Tips for Starting the New Year

It is indeed lofty to discuss indicators of positivity and happiness when Nations are in the midst of cutbacks and the removal of services which have become onerous and threaten the very well-being of the EU. Additionally, the USA is going broke and in debt up to their eyeballs. The level of anxiety which has been created throughout the Western world as a result of all the policies of “Nanny-statism” which is no longer maintainable would suggest to me that no large body should be able to dictate, or even suggest, a barometer for happiness or success. These are very intangible and individual. When an individual is happily employed doing meaningful work that serves others and able to take relative pride in his labors and efforts, and able to maintain a standard of living that allows for a bit more than basic needs [which, in our culture, are debatable as ‘basic’ to begin with!] I think we will find people who view themselves as successful. How to obtain this nirvana? Full employment will go a long, long way. Sorry to be son cut-and-dried, but this is the reality. People who cannot take pride in their labors or cannot find employment generally view their lives as ‘unsuccessful’

I just wanted to say thanks for the article which I found very interesting. I work as a project manager for one of the Regional Development Agencies, but also have a BSc in Psychology and am starting to research the area of Positive Psychology.

While joblessness is a key issue, I am pleased to see that the Government are trying to measure something which I believe is measurable and which will be a far greater indicator of their success.

Good luck with your work!