Why Riches are not Equivalent to Happiness

Previous articles in PPND (here and here) have examined the relationship between money and happiness as well as the Easterlin paradox illustrated in the graph below. To further elaborate on why the riches are not equivalent to happiness, I adopt the approach used by Daniel Kahneman, winner of the Nobel Prize in Economics, of looking at happiness as moment-to-moment experience instead of general well-being or flourishing. When we break down happiness into moment-to-moment experience, riches do not necessarily make people happier. Why not? 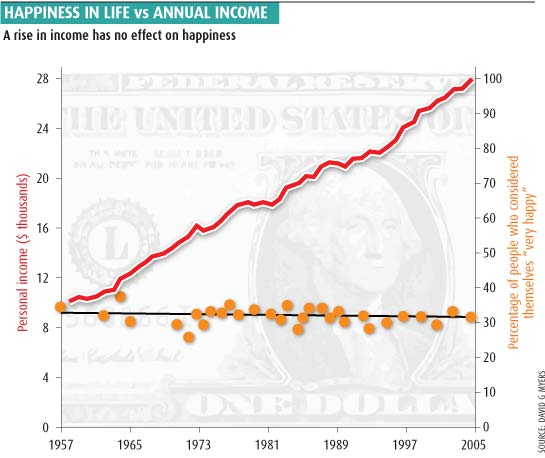 “Money never made a man happy yet, nor will it. The more a man has, the more he wants.” Benjamin Franklin

Ed Diener and others argue that happiness is not having what you want, but wanting what you have. Psychologist Jeff Larsen and Amie McKibban ran experiments to test this concept. People who had more of what they wanted tended to be happier than those who had less, but this effect was mediated by appreciation and gratitude. Simply possessing something is not the key. Happiness comes from appreciating what you have.

In a chapter in his book, Well-Being: The Foundations of Hedonic Psychology, Kahneman proposes that increasing incomes, which are expected to boost well-being by increasing consumption opportunities, may in fact have little lasting effect because of hedonic adaptation: the effect of consumption of material goods on well-being decreases when it exceeds a particular level of consumption. One classic example of such “hedonic adaptation” comes from a research of lottery winners, who were found no happier than non-winners a year after their windfall. Back in the 70’s, Tibor Scitovsky, a Stanford economist, argued that material goods yield little joy for most individuals and have almost no lasting happiness effect. 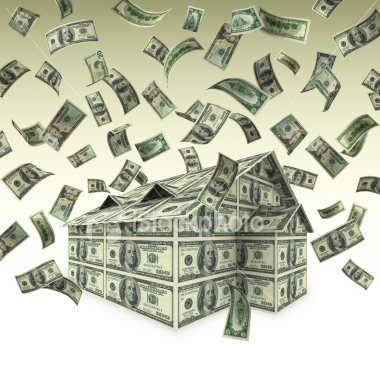 Well-being is more affected by relative income than by absolute income levels. The Social Comparison Theory proposed by social psychologist Leon Festinger explains that individuals evaluate their own opinions and desires by comparing themselves to others. Thus our perception that we are earning more or less than other people has a bigger effect on our well-being than what we are actually earning. This relative income hypothesis could explain the stability of average subjective well-being despite growth in national income, since the average rank of an individual does not necessarily rise as the society around him grows wealthier. People can choose to make either upward or downward comparisons. According to Suls and colleagues, achievement-oriented and competitive individuals tend to compare themselves to people who have more money and higher social status, so their money and status might not make them feel happier than others.

According to economists Alan Krueger and Kahneman from Princeton, rich people are relatively satisfied with their lives but barely happier than others in terms of moment-to-moment experience. They tend to be tenser and do not spend more time in particularly enjoyable activities. For example, the American Time-Use Survey investigated people’s time allocation to various activities, measured by the weighted-average percentage of a non-sleep day, as illustrated in the figure below. People with family incomes greater than $100,000 spend on average 37% of their time on work and commute and 29% of their time on active and passive leisure, while people with family income less than $20,000 spend only 29% on work and commute but 41% on active and passive leisure. 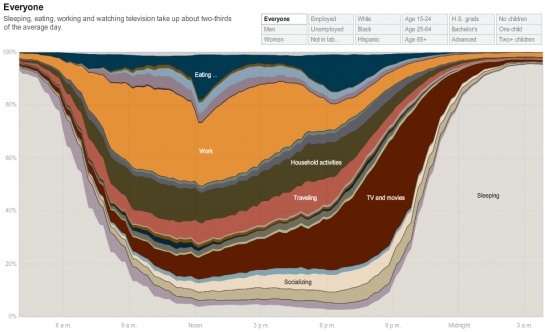 George Lorimer sums it up:

What are You Counting?

Hi, Timothy-
I love your final Lorimer quotation and think that is another of the positive psychology mantras, akin to “other people matter”.

Thanks for your link to my previous article on this topic as well 🙂
Cheers, Sherri

Will be quoting you, like the way you say it:

“People who had more of what they wanted tended to be happier than those who had less, but this effect was mediated by appreciation and gratitude. Simply possessing something is not the key. Happiness comes from appreciating what you have.”

I appreciate your thoughts and research, thank you. Patrice

Hi Timothy, I touched on some of these same issues on my blog today although I took a slightly different approach since the title of my post is “Breaking News: Money Actually Can Buy Happiness”. That being said, I agree that “not equivalent” is a fair way to describe the relationship.

Hi Timothy,
One issue that I have always found is that psychologists conflate “income” with “wealth”. Wealth should be defined as net worth, which is assets – liabilities. Income, is what one earns in the course of the year. Further confusing this is that not everyone ends up with the same “net income.” i.e. we all have expenses, and probably a fair amount of stress in life relates to the difference between what we take in each year and what we owe? Think of it this way. If I earn $1MM / year after taxes, but my obligations (car, mortgage, etc) are $999k then the stress of keeping my job, not losing income, etc. etc. might be the same as someone who earns $100k / year and has obligations of 99k year…. I can accrue wealth by having high income and saving or investing it. Since prospect theory shows that we respond to losses and gains from a point (not absolute), wouldn’t the relationship between income, net income, and networth be really important?

If we want to study whether being “rich” leads to one being happier, we might want to start by looking at net worth vs. happiness, NOT income. There are more variables here and the simplification adopted by psychologists may be confusing the results, making them less open to any real, valuable interpretation.