Home All Positive Psychology Coaching Compared to Other Coaching
AllCoachingConferences

Friends are approaching me with great interest in my preview article on the coaching conference and asking what’s so special about employing positive psychology in coaching. That triggers me to write a bit more on this expanding topic.

Coaches help people live out their potential. Coaches differ tremendously in terms of academic qualifications from none at all to a Bachelors in almost any subject, to a Masters in positive psychology (MAPP), counseling, education, clinical psychology or social work, and to a Doctorate in psychology, medicine, philosophy or even psychiatry. Positive psychology, with its short history, offers a new direction for coaching.

According to Martin Seligman, positive psychology offers two backbones to coaching: one theoretical and the other scientific and evidence-based. These backbones provide a useful guidance to the coaching practice. Theoretically, topics such as happiness, well-being, and the good life used to be regarded as unmanageable and unwieldy by coaches. Theories developed in the field of positive psychology about positive emotion, positive relationship, engagement and meaning, etc., have already in many ways regulated training, accreditation, and practice in coaching. On the other hand, evidence-based research has allowed nearly all these theories to be backed up by data. For example, we can now measure and have exercises (interventions) for clients in coaching practices.

With the two backbones, positive psychology techniques then give a coach the theoretical and evidence-based tools to augment the traditional “fix what’s wrong” approach with a “build what’s strong” approach.

Positive Psycholology Coaching versus Other Types of Coaching

Scholars such as Robert Biswas-Diener, author of Positive Psychology Coaching; Carol Kauffman, Harvard psychologist and founding director of Harvard Coaching Institute; Alex Linley, founding director of Centre for Applied Positive Psychology; Anthony Grant, author of the Evidence Based Coaching Handbook, have been dedicating to developing positive psychology coaching. (If you want to know more, please refer to the further readings at the bottom).

According to Biswas-Diener, positive psychology is a branch of science that “shows tremendous potential as a natural interface with the profession of coaching. It is grounded in sophisticated scientific methodology, as an applied science.” In other words, without sophisticated and systematic evidence, there’s no guarantee that traditional self-help or coaching methods (like solely storytelling or experience sharing) will help clients reach their goals efficiently.

Carol Kauffman once said, “At the core of positive psychology coaching is a belief in the power of science to elucidate the best approaches for positively transforming clients’ lives.” Indeed, here are three areas in which coaches can easily employ science:

For example, Grant’s Languishing-Flourishing model of goal striving and mental health for coaching populations is definitely one of the brilliant illustrations making use of science in all the above areas. 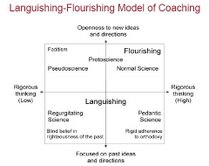 Skeptics may say that science is too rigorous and rational to be applied in practice. I nonetheless came across a real life example recently that responds directly to their reservations. I was one of the 50 people in the audience for a master’s lecture by Carol Kauffman in July on positive psychology in coaching. The audience of top leaders in business and education gave tremendously positive feedback for the workshop. The event was organized by Meyler Campbell, an organization that trains senior business people to be good business coaches. Clients fall broadly into two groups: senior leaders, managers, and HR professionals who want to coach well as part of their role; and people from business looking to transition to a portfolio coaching life.

Meyler Campbell is the first business coaching organization I have come across that incorporates positive psychology theories and knowledge into training in their business coach development programs. These include concepts of Flow, Ryan & Deci’s approach to motivation, Seligman’s Learned Optimism tools, the VIA inventory, Snyder’s Hope theory, and many others. 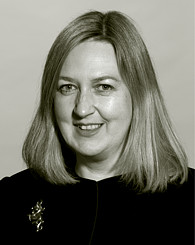 “We strive for excellence, which is to have sound empirical and scientific evidence in everything we teach,” said Anne Scoular, Managing Director of Meyler Cambell. “Though we have no advocacy to a particular approach, we found that positive psychology is indeed highly relevant to coaching and there is good evidence and theory to back this up. Thus, throughout our programme, students are exposed to positive psychology in many different ways – ways that they found dramatically beneficial.”

Organizations like Melyer Campbell demonstrate the success of using positive psychology in coaching practices. Hippocates, the father of medicine, once pointed out, “There are in fact two things, science and opinion; the former begets knowledge, the latter ignorance.” I truly believe the science of positive psychology begets knowledge, not only in the academia that catches researchers’ attention, but also in real world that makes a significant impact for the general public. The application to coaching is just one of the many examples.

Since positive psychology has existed as its own field for just over a decade, we should be careful of how knowledge can be transformed into practice without misunderstanding. In this regard, we should not overlook the insights from the aforementioned psychologists as well as organizations that bring these remarkable insights into action.

Psychology is both a pure and an applied science. And positive psychology coaching is shown to be one of the best usages of applied psychology for building a better community.

The “What?” and the “Why?” of Productivity

Te diagram of the model is unreadable. Could you please send a better quality image to my email? Thanks so much. Dale