Free Will versus Free Won’t 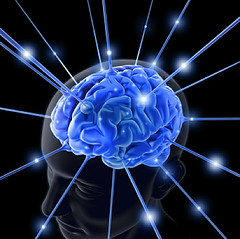 Theodore C.K. Cheung, MSSc (Clin Psy), MSc (Cog Neuropsy), is a clinical psychologist based in Hong Kong. Currently he is covering more than 30 schools (elementary, high, and special) for a major charity organization responsible for well-being promotion and interventions in both individual and policy levels. He received clinical training in Hong Kong (The Chinese University of Hong Kong) and also got neuropsychology training in the Institute of Cognitive Neuroscience (University College London) attaching to the National Hospital for Neurology and Neurosurgery.

Editor’s note: Theodore is a member of Global Chinese Positive Psychology Association (GCPPA), Senior members of GCPPA have decided to alternate with Timothy So in writing articles for the 18th of the month. This is Theodore’s second article for PPND, and the first in the GCPPA series. We look forward to hearing from other members of GCPPA. Learn more about GCPPA.

Does our mind tell our body what to do, or does our body tell us what to think? 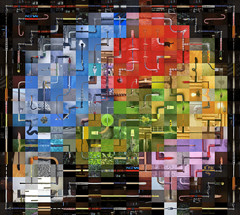 The Mind Depends on the Body


In 1983, Benjamin Libet and colleagues performed an experiment that is well known within scientific circles, but not to the wider population, possibly due to the sensitivity of the finding. Participants were invited to sit calmly and look at a one-arm clock. Their scalps were wired to pick up bioelectrical signals in the cortical area responsible for motor commands. All participants needed to do was to report the position of the turning clock’s arm (such as pointing at 120°) whenever they felt the urge to move their index fingers.

Common sense tells us that the temporal sequence of the events would go like this:

If I were there, I would bet 20 bucks on the common sense sequence.

Luckily, I didn’t make this bet because the results were quite different. In fact, the sequence was observed to be:

Perhaps this suggests reasons why relapse in alcohol and substance abuse is so common, why we are more prone to fall in love when we are aroused, and why we always want to start our diet after a large meal. This experiment illustrates that we take action only once our mind has willed it.

The experiment was a bombshell for philosophy, religion, politics, law, and related disciplines on the question of human free will and responsibility. In fact, this led to further research about what goes on in the brain.

Thanks to the industrious work of generations of scientists and psychologists, we now know a great deal about the neuro-chemical mechanisms of ill-being, including what’s behind fear, anxiety, depression, and post-traumatic stress disorder (PTSD). However psychology has known little about the neuro-chemical mechanisms of well-being until very recently.

What are the physical correlates
of well-being?

Why do we want to know about those neurochemicals and hormones? What do norepinephrine, glycosylated hemoglobin, and urine DHEA-S have to do with me and my well-being? Here are two reasons we want to know:

The development of a new field depends on understanding both the ‘how’ and the ‘why.’ In positive psychology, the ‘how’ includes the positive interventions and the ‘why’ includes the reasons that the interventions work, including the underlying biological basis. Carol Ryff and her colleagues have done a wonderful study which addressed the biological ‘why.’ From there we may make some good guesses about why the gratitude visit has such a strong effect.

The team recruited a group of 135 elderly women and took samples of various neuroendocrine measures (such as the norepinephrine, cortisol, and urine DHEA-S) and cardiovascular indicators (such as weight, waist-hip ratio, blood pressure, cholesterol level, and glycosylated hemoglobin). A battery of psychological measures was also collected covering both well-being and ill-being. The well-being measures included both hedonic (positive affect) and eudaimonic (autonomy, growth, positive relations, purpose in life) scales while ill-being measures included negative affect, depression, anxiety, and anger. The interrelations among those indicators and scales were carefully examined. The findings are summarized in the table below. 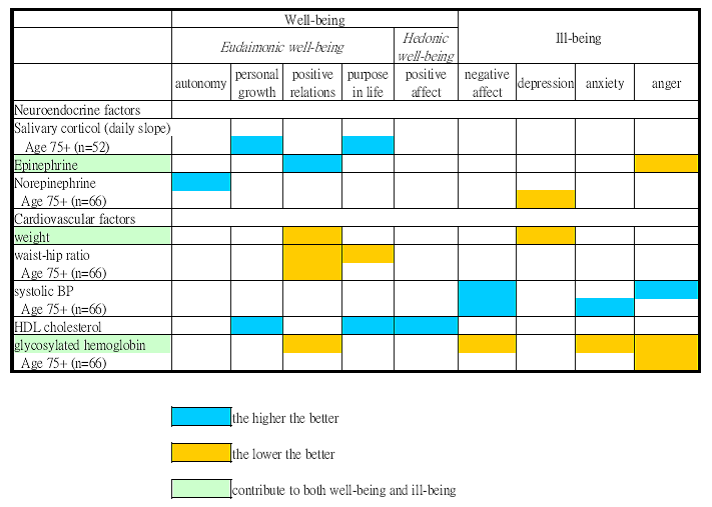 Here are several highlight from the research:

This is a correlational study, and one conclusion could be that the body rules the mind and feeling, but it will take more research to uncover causation. The good news is that scientists can study the biological basis of well-being because of advances in neuroscience. For example, Charney is studying resilience, and Lutz and colleagues are studying compassion.

The measures in the study were not exclusive, and the participants were all women of a restricted age range. Nevertheless, it did uncover some ideas for academics, practitioners, and regular people who are interested in making their lives better and want to understand the relevant mind-body connection.

So Who’s the Master?

At the beginning of this article, I argued that there’s no free will, and in the middle, I argued that the body is in charge of the commands to the mind. But in closing, I still hold the ground that humans are responsible for their own actions in most circumstances. The reason is simple: even though we may not have the “free will” to cause a finger to move, evidence suggests that we have the “free won’t” to not move the finger.

Perhaps we can’t stop feeling the impulse to buy another pair of shoes or eat some ice cream or lie on the couch. Yet we can say “No!” to those impulses and to toxic environments that hamper our psychological and physical health.

Depression: Beck, A.T. (2008). The evolution of the cognitive model of depression and its neurobiological correlates. American Journal of Psychiatry, 165, 969-977.

I remember in psych looking at research that says we emote first and then apply a cognitive interpretation. This makes sense from an evolutionary perspective. It sort of challenges lots of psychology that tends to overlook our fundamental emotional drives.

I am not sure I understand the potentially significant implications of this study.

Does this mean that the body rules the mind & where do emotions fit into this list of responses.

So does a thought arise from the body, that thought then leads to an emotional response and then action.

Knowing the initial source of our behaviour is absolutely critical to changing our habits.

An even more up-to-date experiment was published in nature neuroscience(Soon, C. S., Brass, M., Heinze, H.-J. & Haynes, J.-D. Nature Neurosci.) in which the scientists were able to determine a choice of a button up to ten seconds before the person felt they had made the decision.

Of course this is not needed to understand that free will is an illusion. We only need logic to determine that. 😉

I like the article but are you aware that David Rock and /or Jeffrey Schwartz have written about free will vs free won’t?

Thanks Mark for the comments and you helped me to learn to find previous comments from others too.

I’m not aware of Rock & Schwartz’s work on the free won’t (but schwartz’s wonderful work on brain-lock n ocd treatment) but was more influenced by British scholar Patrick Haggard on the topic when I was in London. The conscious mind is one of the topics in neuroscience that attracts me most.