Steve Safigan, MAPP '09, is a practicing life coach (CPCC). He is president of Foundations Seminars and presents personal growth seminars specializing in positive interventions for healthy adults looking for more happiness, meaning, and connection in their own lives. Full bio.

Steve writes on the 4th of the month, and his articles are here.

“It is not the critic who counts; not the man who points out how the strong man stumbles, or where the doer of deeds could have done them better. The credit belongs to the man who is actually in the arena, whose face is marred by dust and sweat and blood; who strives valiantly… who at the best knows in the end the triumph of high achievement, and who at the worst, if he fails, at least fails while daring greatly.” ~ Theodore Roosevelt

This quotation is the inspiration of Brené Brown’s new book, Daring Greatly: How the Courage to Be Vulnerable Transforms the Way We Live, Love, Parent, and Lead.

Brown is a research professor at the University of Houston Graduate College of Social Work. Her TED talks on shame and wholehearted living have been viewed nearly 10 million times. See the reference list for two earlier PPND articles that I wrote about her work. I recently attended her national training certification program for helping professionals called Connections. Brown intends not only to study shame resilience, but to train a cadre of counselors, social workers, certified coaches, educators, and clergy to apply her research findings in the field.

What is Grounded Theory?

According to Brown, grounded theory does not start with a hypothesis or literature review. Instead, the research starts with a topic. Through interviews, participants define their main concern about the topic. The researcher then develops a theory, and fits the theory into existing literature. The theory is altered based on continuing interviews until the research reaches theoretical saturation—the point at which the researcher is not generating any new conceptual insights and has provided repeated evidence for the theory.

The advantage to this approach is that the theory emerges from the interviews. Brown started her research by seeking to learn more about the anatomy of connection. What emerged from the research was a theory on shame. Brown then turned to her interviews of people who were shame resilient and developed a theory on what she calls wholeheartedness. Finally she focused more deeply on vulnerability, the topic of Daring Greatly.

In the process, she conducted more than 1,200 interviews and coded about 11,000 phrases and sentences from original field notes and secondary data. The appendix contains additional details attesting to the rigor of her research approach. Brown is completing academic research articles that will cover the topics of her last two books.

What the Theory Reveals: Vulnerability Shields

Daring Greatly is wide-ranging, making it difficult to summarize in a review. So I will focus on a chapter of the book called The Vulnerability Armory. Brown asserts that we learned to protect ourselves from vulnerability—from being hurt, diminished, or disappointed—by putting on emotional armor and acting invulnerable when we were children. Now as adults we must learn to dare greatly by taking the risk of removing our armor and being vulnerable for the sake of connection. She identifies a paradox: “Shame is the last thing I want you to see in me, but the first thing I look for in you.”

Brown finds three main “vulnerability shields” and several less-frequently used shields in her research. Here are the three main shields and how we can dare greatly to put down our shields and reveal ourselves: 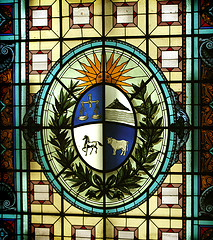 Daring Greatly is part biographical and part research findings. Brown recaps the topics of her prior books on shame and wholeheartedness, and then explores the myths and realities of vulnerability. She applies her findings to areas such as education, work, and being a good parent. In the process, she recounts personal experiences from her own life, such as the vulnerability she felt after presenting her TED talks and lessons from raising her children. What emerges is a deeply personal book that mirrors the vulnerability she shows in her public speaking and facilitation.

Brown, B. (2007). I Thought It Was Just Me (but it isn’t): Telling the Truth About Perfectionism, Inadequacy, and Power. Gotham.

Brown, B. (2010b). The Gifts of Imperfection: Let Go of Who You Think You’re Supposed to Be and Embrace Who You Are. Center City, MN: Hazelden Publishing.

Brown, B. (2012b). Daring Greatly: How the Courage to Be Vulnerable Transforms the Way We Live, Love, Parent, and Lead. New York: Gotham Books.

Glaser, B. & Strauss, A. (1967). The Discovery of Grounded Theory: Strategies for Qualitative Research. Aldine Press.

Steve Safigan, MAPP '09, is a practicing life coach (CPCC). He is president of Foundations Seminars and presents personal growth seminars specializing in positive interventions for healthy adults looking for more happiness, meaning, and connection in their own lives.

Time is of the Awesence

REACH to Rewire your Brain

I appreciate the grounded theory approach. Randomized control trial experiments are not the only way to learn about how the world works. The reference you cited on Grounded Theory is from 1967. I’m wondering is this an obscure and limited approach to social sciences or is this widely accepted in the scientific community as a legitimate basis for theory development?

Steve – my understanding is that it’s about theory development only

Great, great book review, Steve! Thank you. Makes me want to go read the other chapters. I very much enjoyed her TED talks.

It’s a nice opposition of “shield” and “daring greatly.” Thanks much.

Hi, thank you, I am gaining a lot from this review of Brene Browns book & ideas. I like that someone is studying resilient people so thoroughly. Nice concise review. For me, it takes a lot of skill, time & work to make a summary & snapshot that has immediacy & is concise. I really appreciate your efforts. Bj

Thank you for the thoughtful review. I appreciate your mention of the methodology.
Interestingly, there are several quantitative researchers developing instruments and testing
the theories right now. I think we need both qual and quant methods to understand
human behavior. I’m a fan of both, but hardwired for story-catching and telling.

In terms of the 1967 reference, Glaser and Strauss parted ways – methodologically speaking – so I always reference the first books where the methodology was introduced. They did disruptive work on dying as they developed GT.

I’m a Glaserian grounded theorist. IMO Strauss moved away from some of the rigor of the constant comparative method. Grounded Theory is still one of the most respected qual approaches and there’s an entire series by Glaser. You find a lot of it medicine, nursing, public health, and sociology.

Thanks again for the review.

Thank you Brene, for your response on this. I’m with you on the blend of qual and quant and appreciate learning more about the grounded theory approach.

I second what Jeremy just said. It’s lovely to hear your additional thoughts on this, and I’m very much looking forward to reading your book.

> I’m a fan of both, but hardwired for story-catching and telling.
Yes, you are! You truly are.

Any idea when translated versions (specifically Spanish) will be available?

Great review! I’ve also been impressed by this book. Really inspirational. I’ve pulled some nuggets -visual quotes – from it here http://www.getnugget.co/daring-greatly-brene-brown/ You may like them