Developing Your Willpower by Shoveling Greenland

“Nothing is so fatiguing as the eternal hanging on of an uncompleted task.”
~ William James 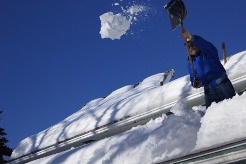 Over seven feet of snow have fallen here in central New England, and it has all arrived in just over a month’s time. Some people complain bitterly and threaten to move to Florida rather than continue to shovel Greenland, while others show off their newly firmed shoveling biceps as they laugh at the weather.  And then there is the stoic crowd who just say, “Whatever,” as they make their way through winter. Just the same, “I can’t take it anymore,” is a commonly heard refrain.


The need for seemingly endless snow removal has gotten me interested in self-regulation and willpower. It turns out that people who believe that they can’t take it anymore may be right!

Is Self-regulation… a Stable Trait?

In his classic marshmallow study, Walter Mischel found that young children who resisted taking a treat in favor of waiting and getting two treats later were lastingly more self-regulated. Years later, as older adolescents, they had fewer behavior and attention problems, higher academic and standardized test performance, and more social success.  So does this mean that we are born with our self-regulation skill, or can you get more of it? 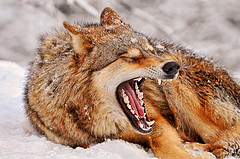 According to Baumeister’s model, self-regulation is a limited resource, rather than a personality trait. Not only is self-regulation used up on a particular task, it is then thought to be unavailable for other tasks until it is rested. Like a muscle that’s reached the burn, self-regulation needs to be rested and then exercised again for strengthening.

In coaching parents, students, and educators I have found that this model aligns well with the need to accomplish tasks and improve achievement, but only up until a point. If clients do not believe that they can stick with a task, they are often (at least temporarily) correct. The stretch, rest, and stretch again approach builds ability and creates a history of successes that build self-efficacy. The resting, it turns out, may be essential.

In studies with dogs, those that were given a mentally exhausting task (sit and then stay for 10 minutes) were less able to persist at a second exhausting task compared to dogs that had been caged during the sit-stay time. 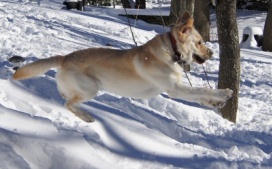 But there was a catch. If the exhausted dogs were fed a sugar drink, they performed just as well as the rested dogs. The depleted dogs who were not “refueled” gave up much more easily.  Maybe Walter Mischel’s preschoolers who ate the marshmallow should have been given a second chance!


Is Self-regulation…the Result of Mindset?

Veronica Job, Carol Dweck, and Gregory Walton have recently discovered that individual differences in the way we think about our willpower may play an important role in our ability to self-regulate when faced with exhausting circumstances.  Participants who had the theory that their willpower is a limited resource consistently reported higher exhaustion compared to people who did not believe it was limited. This aligns with other work by Dweck (described here) on Self Theories or Mindsets.

This was true whether the participants came to the study with these beliefs or were induced to have them as part of the study. Even exhaustion did not undermine the participants’ successful completion of a difficult task if they had a non-limited resource mindset.  Unsurprisingly, the more participants agreed with the limited resource theory, the more likely they were to report eating unhealthy foods, procrastinating, and ineffectively self-regulating while working toward an important goal.

So if it is possible to get people in a lab to believe that they have enough willpower to get the job done, how can we help people persevere with difficult tasks?

“The most essential factor is persistence — the determination never to allow your energy or enthusiasm to be dampened by the discouragement that must inevitably come.”
~   James Whitcomb Riley

Real Life…Can it Benefit from What We Learn in the Lab?

In consecutive self-control task studies, people consistently perform more poorly in the second task, but not when they plan ahead.  In real life, planning ahead includes setting specific times when you will work on and complete tasks. It facilitates goal attainment and also increases self-control. The mechanism may be connected to a your personal views about yourself, so it would make sense to build the non-limited resource belief outside of the lab. 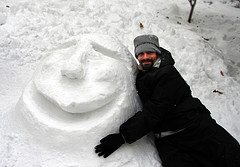 Surely you know people who spend more energy complaining about a task than doing it. So what works when you are faced with a task that feels like shoveling Greenland?

Do or Die: Healing Care at the End of Life

Self regulation happens to be one of my top strengths. Maybe that’s why I actually look forward to shoveling my driveway whenever it snows. I always imagine that I am Rocky in Rocky IV when he was getting in shape for his fight by chopping wood in the middle of a Russian gulag. Different strokes . . .

Hi, Jeremy-
You do a great job in that example of connecting a goal (being the champ) with what might otherwise be an endless and unpleasant task. Have you seen my article on Job Crafting? The folks at Positive Organizational Scholarship use your approach in a fun and effective PP tool. See https://positivepsychologynews.com/news/sherri-fisher/200811051136 And btw, I generally like to shovel, too: good exercise, lovely to be in the snow, keeps the driveway and walk clear for people who come to the office and they appreciate that…
Cheers,
Sherri

I don’t mind shovelling the snow so much since I decided it was a form of exercise. Usually, reframing works for me! Though I will admit that at the last snow storm, I was quite prepared to never shovel again and not see the car until May…. 😉