You took a piece of me

Kathryn Britton recently wrote about using positive psychology to deal with a sudden loss as she mourned her dear friend Linda. Grieving is an individual process, but while no two people have an identical experience of losing a loved one, there are several patterns that emerge. I’d like to offer some observations about how Positive Psychology is at work while people heal after a loss, even in the long term.

When the Memories Align

During the past year, I’ve had the opportunity to be with a community of people who were my colleagues, students, and friends very early in my career. Each of these reunions resulted from the loss of someone of our group. In one case it was a woman who, though childless herself, had touched the lives of thousands of children through her work with them and their teachers. While she finally died from cancer in her 80s, she had already slowly drifted away from this community because of Alzheimer’s disease. There was nothing sudden about the loss, and people felt free to share stories about Alice, her generosity, her quirkiness, her brilliance. While there was a sense that the life of someone special was over, it was not a stinging loss. In fact there was much to celebrate. Everyone felt they had known Alice, that they had had a long time to say goodbye, and no stories shared at her memorial service came as a surprise to those who attended. People left smiling.

Beyond Loss: From Resilience to Meaning 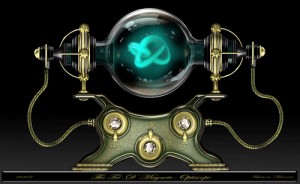 Last month many of the same people met to celebrate a man who also changed the lives of children. He had also died of cancer, but in his 60s. He had lived a colorful and inventive life which included being an aerospace engineer, having a wife and children, divorcing and leaving them, and later becoming one of the founding teachers of a school for children who had struggled mightily to learn in other education settings. Unlike the example above, most of the people attending this remembrance, now 10 years after his death, had been Joe’s students.  Now grown up, they shared fantastic true tales of their resilience and successes.

One man, who had become a commercial jet pilot, told of sending his first pair of wings to Joe in gratitude for sharing with him a love of flying. Young women, now with children of their own, recalled road trips in a homemade camper that they had helped build with acetylene torches, and they thanked their parents for letting them travel together across the country in it. A former head of school pointed to photos of Joe with students, experiments, inventions, and the camper, noting how many of these adventures would be unacceptable now in a more litigious age.

A once shy boy, now a filmmaker with a major motion picture studio, showed a film that brought Joe right into the room with us.

Even though this reunion was ten years after his death, people still wept openly when they described what Joe had meant to them and how he changed their lives. Their palpable gratitude had deepened in the years since he had died, as had the resilience and self-confidence he instilled in them. 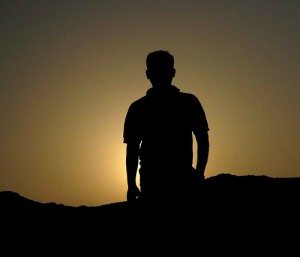 Also present to celebrate Joe were two of his children. I had always wondered when I worked with him what it must’ve been like to have your father leave you and take on the responsibility of guiding and caring for thousands of children who weren’t even his.

My own father, a consummate workaholic, had two-plus careers and was rarely home until after the children’s bedtime. After his death from a freak accident, several hundred people whom I did not even know came to his standing-room-only memorial service. Following the carefully prepared and delivered eulogy, people were invited to give their spontaneous remembrances. The person they described was someone I had never imagined, much less known, and it was difficult not to feel envious of their wonderful experiences with him. Yet I was glad that they shared their stories, for otherwise, I would never have known these other sides of my dad. It was like getting little film clips of his life outside of our family. 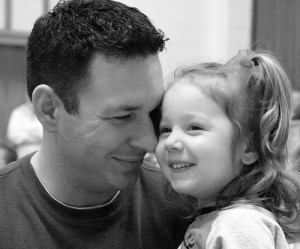 One of Joe’s daughters described how angry she had been for many years and how unwilling she had been to share her father with the many children who loved, admired, and depended on him. Ten years later, seeing many of these children now grown up, hearing their stories and seeing the delight and engagement clearly evident in hundreds of photos and video clips submitted in Joe’s honor, his daughter felt grateful instead. She thanked people who had kept in touch with her long after her father had passed away for caring enough to invite her family to events held in his name. She was so elevated, she said, by seeing her father’s legacy in the school’s alumni community, that instead of feeling that her dad had been taken away from her, she felt that the former students had given him back.

Counting Up or Counting Down? Finding the Meaning in Grief 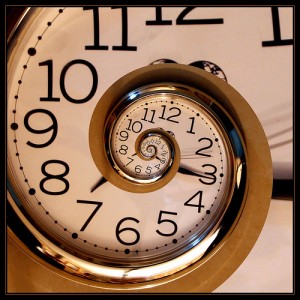 As Kathryn points out in her article, dealing with a sudden loss leaves survivors feeling blind-sided. Responding to, facing, suffering, and eventually emerging from that initial pain may take a very long time. If there is unfinished business or a back story to deal with, and most people have those, the grieving process can be in various states for years.

A healthy adjustment helps the survivor make meaning from what may seem meaningless. If you care about a survivor of a loss, you may have a film clip, a sound bite, or a snapshot that helps make meaning. Numerous positive psychology themes are at work in the above stories. Here are ten for you to try. (Researchers/practitioners associated with the concepts are in parentheses.)

Thanks for writing this article. I’m going to be sharing it with and teaching to my clients.

Hi, Stephen-
If you would, let me know your approach and what kinds of results you get. The book list below has many of my favorites on it, so your clients may benefit from some “bibliotherapy” along with your guidance.
–Sherri

Sherri, What a lovely, poignant article. Thank you! I, too, discovered the power of positive psychology in shifting me out of the deepest levels of grief, and although it was not a deliberate choice to try a positive approach (a choice I wasn’t interested in making at that point), but rather due to work in which I was using PP actively, it still showed me the powerful effects. Thanks for raising awareness and for sharing your story.
Christine

Hi, Christine–
How nice of you to share this.
If we live long enough, we are bound to encounter people who suffer losses and to have them ourselves. Much of a loss is about what you believe: you will either never have again what you had before, or will never have something you always wished for. When you realize that others can share their experiences and that you can make them part of your memories of a lost loved one, it seems to provide an avenue to forgiveness as well as one for deep gratitude. Joe’s daughter moved from “but…” to “and”.
-Sherri

These are wonderful tips. I experienced how hard it is to lose someone especially when the loss was due to a violent crime and totally unexpected. I found it hard to cope at first; I did not know what to do. There were so many things running in my head, so many things to sort out. But I allowed myself time to heal. I experienced all kinds of emotions (especially anger), and I allowed myself to go all of these through emotions. It’s important to give your self time and space to go through the event. Do not rush things. Even if it takes you a long time to heal, what’s important is that you let yourself experience these whole spectrum of emotions.

Hi, Oz–
Yes, meditation is an answer for some people. One of the great things about PP is that it offers ways for people to find out what works for them (person-intervention fit) from a variety that have been shown to work in controlled studies. There is no magic pill–time, perspective and a strong social network also help to make meaning about meaninglessness.
:-)Sherri

Hi, Kay-
Losing someone to violence is especially painful. It is senseless and therefore hard to make the person’s loss meaningful. I’m sorry that you had to experience that.

But the person’s life was meaningful. We may learn even from those who leave us behind, and it is a powerful intervention-fit that we can choose when we are ready. This makes it easier to say thank you for the person’s life rather than cursing the person’s death.

You are right, though, that this takes time, and a one-week bereavement leave is not the same as time for grieving.

Thanks for sharing this.
-Sherri

https://waterfallmagazine.com
Hi there, I would like to subscribe for this blog to obtain latest updates, so where
can i do it please help.

Superb website you have here but I waas wondering if you
knew of any community forums thaat cover the same topics
discusseed in this article? I’d really like tto be a part
of community whedre I can get advice from other knowledgeable individuals that
share the same interest. If you hwve any suggestions, please let me know.
Bless you!