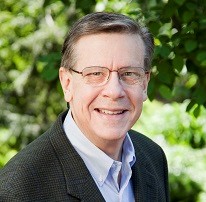 On November 11, 2018, I had the privilege of interviewing Ed Diener about well-being and public policy. Dr. Diener is a leading researcher on happiness, the correlates of well-being, and well-being measurement. Some of his books are listed in the references.

Sherif Arafa: Is happiness the responsibility of the society or the citizen?

Ed Diener: Of course it is both! Think of this question: Is health the responsibility of the state or the individual? Of course it is both. The state must provide clean water, and track infectious diseases and develop medicines, and so forth – the individual cannot do these things. But the individual should exercise, and eat well, wear seat belts when driving, and refrain from smoking. The state can encourage these things, but usually cannot demand them effectively unless citizens each take responsibility. 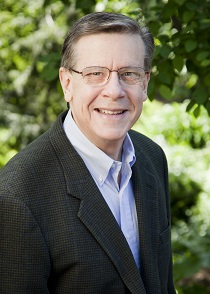 Most things are like this. It is the responsibility of both. The economy is another example. Government policies can certainly foster economic prosperity, but citizens each individually must work hard, and if they are lazy or irresponsible they will probably not flourish.

In the case of happiness we know that a person’s inborn temperament is important to their happiness. But there are also behaviors and choices people make that can also influence their well-being.

On the negative side, people can make themselves unhappy by becoming addicted to drugs, unnecessarily worrying all the time, or making other bad choices.

On the positive side, people can be positive and supportive with others, have important long-term goals that lead to a meaningful life, and so forth.

Sherif Arafa: Is there a cultural difference in the way people define happiness? 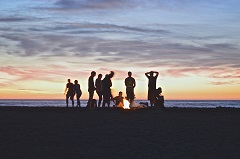 Some value large groups of friends

However, what causes happiness varies from person to person and from culture to culture, to some extent. Although most all people want strong and supportive social relationships, the form these take varies. One person may want lots and lots of friends, while another person wants a few close friends. Some people want to be married, others do not. Across cultures we see variations in the way people want to interact with others, and following the norms in one’s own culture is usually more effective in producing happiness than ignoring those beliefs. In some cultures religious worship may provide a social avenue for people, whereas in another culture their friends might be neighbors or their co-workers.

We do know quite a bit about where there are differences in the causes of well-being across the globe. For example, in individualistic cultures such as the USA, having high self-esteem is associated with happiness. In other cultures there is more stress on fitting in with the group and doing one’s part. In these societies self-esteem or thinking highly of oneself is not related to happiness. In some cultures happiness is experienced as excitement and action, whereas in other cultures it is experienced as calm and contentment. These cultural differences are fascinating and important, but we should not lose sight of the fact that there are some universals in the experience as well. For example, everywhere people want their innate needs met, for food, social support and shelter, for example.

Sherif Arafa: What do you recommend for readers to be happy?

Ed Diener: There is no single key to happiness because a number of factors influence it. But there is a recipe with some needed ingredients, such as supportive social relationships, spirituality that is based on positive feelings linking the person to goals bigger and more important than themselves individually, feeling valued by others, and the ability to deal with setbacks, which all people experience. 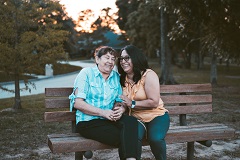 We find that all happy people have strong social relationships. It is not just receiving support from others. The happiest people are often those who are doing the most to help others and their societies. It seems that making others happy is one good way to move toward personal happiness. Feeling that one’s life is worthwhile and meaningful is also important to well-being. Spirituality can include gratitude, forgiveness, and seeking to help others and improve the world. In other words, the road to happiness is not hedonism, but a life devoted to important meaningful goals and other people.

In addition, people must learn to think correctly about the world so that they do not become overly stressed. People cannot make mountains out of molehills in their mind, and they need to look on the bright side of events most of the time to be happy. The important thing is to realize that we can choose happiness and then pursue it, and that we are not doomed to unhappiness. Some people may need the help of others, even professionals or a counselor, to be happy. But everyone can achieve it.

When is the Truth a Lie?