Home All The Limits of Pursuing the Best
AllDecision-MakingPerspective

The Limits of Pursuing the Best 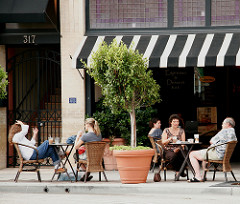 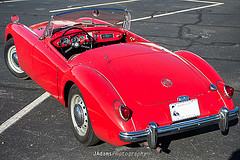 “Always pursue the best in everything!”

You have surely heard this advice from a friend or from a motivational speaker. You may have even found it logical advice that deserves observance.

Yet is it really sound advice?

Is it beneficial as a persistent life style?

Some people strenuously seek to be “No. 1” in all aspects of life. Hence, they work towards owning the best house, the best car, and even the best mobile phone, in their quest for maximum happiness. Here, I refer to the people who pursue optimum choices, not just good choices that fulfill purposes. Those persons watch TV shows and programs to ascertain that their choices are the optimum ones, and they earnestly seek to know how things ended up for others who made different choices just to make sure that their own choices are the optimum ones.

Is it beneficial to always work towards the best?

Some people claim that such is good, since it motivates people to be successful and outstanding in life in general. This really sounds logical.

Yet, what do scientific studies and experiments tell us about such issue?

A recipe for misery?

In a scientific study conducted by Barry Schwartz and his colleagues on this phenomenon, with the purpose of identifying psychological consequences attending to those who assume such approach in their life, the outcome was a surprise! They found out that a constant quest for the best possible choices in daily life makes people vulnerable to:

This sounds really weird! So, what is the scientific interpretation of such unexpected outcome?

To know the answer, let’s start from the beginning and ask a simple question:

Which is better: To have many choices or fewer choices?

In a study, Iyengar and Lepper recruited a group of people and divided them into groups. One group was offered six choices of chocolates, and another was offered thirty choices. Which group showed greater satisfaction with what they purchased?

Schwartz suggests that when a person faces fewer choices, it becomes easier to make a decision. When choices increase, a person’s mind encounters several challenges, including the need to collect more data to compare all the options. Expectations rise with the number of options. One is then more vulnerable to regret. With unlimited choices, it should be possible to choose the best!

In today’s world, life is getting more complicated with far more choices than were available for our ancestors. In the past, one sitting in a cafeteria could drink either tea or coffee. Today, one sitting in a coffee shop has dozens of choices. One may choose English breakfast tea, Earl Gray tea, green tea, or white tea (yes, there is white tea!). For coffee, one could choose Frappuccino, mocha, or latte. Caramel sauce, hazelnuts, blueberries, cherries, or mint? All these choices are available in the place where people seek mental relief!

What does this have to do with the present topic?

Nowadays, the persistent quest for the best has become more demanding. The quest for freedom and having choices in life is desirable. Yet we must develop psychologically in order to be able to cope with this new reality. Perhaps, instead of seeking perfection in all choices in life, we can simply choose to concentrate our attention on that which is important to us and stop continually exhausting energy on marginal issues.

Obama, for instance, maintained in an interview, “I don’t want to make decisions about what I’m eating or wearing. Because I have too many other decisions to make.” That means he wants to save his mental energy for that which is more important. 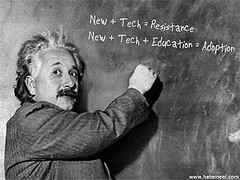 It is also known that Einstein, in an attempt to save his mental energy, used to purchase many identically gray suits so that he would not have to choose what to wear every morning. Steve Jobs used to wear a black turtleneck and Levi’s 501 jeans for all his public meetings, perhaps for a similar reason.

Does this means they were all losers because they did not seek perfection by choosing the best outfit? Perhaps the answer lies in that they recognized that they were not fashion models and that they had to focus their decision capacity on the specific fields that mattered for them! 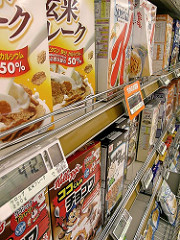 Many choices in supermarket

Some people seek to make the best choices in every area, looking for the greatest possible sense of happiness. The problem with such a way of thinking is that it makes those people encounter any situation in life with a “Who wants to be a billionaire?” attitude, feeling that there is only one right choice and they have to find it. Therefore, they are more susceptible to psychological pressure and mental exhaustion as they attempt to figure out the right choices.

Life does not follow this pattern. In many cases, there are no right and no wrong choices. There are also ordinary and unimportant choices. So, it is absurd to blame yourself because you ordered latte instead of cappuccino!

It seems that if you keep seeking to make the single right choice in all aspects of life, you will never attain satisfaction. For no matter how meticulous you are, everything in life involves disadvantages. If you do not acknowledge and condone disadvantages in every single choice, you will not be happy or satisfied with life at all. Hence, well-being largely depends on your way of thinking!

Let’s take it easy and focus only on that which is important. For me, there is no benefit in spending undue time in front of a certain shelf in a supermarket comparing goods of similar ingredients, quality, and price, only to identify the best among them. For me, it is much more important to care about choosing ways to attain professional improvement.

Today, there are so many life choices that it is critical for us to ration the use of our brain power to focus on that which is most important. Some things deserve our utmost care and concentration, and others should be laxly considered with no need to prove ourselves through our choices. For example, it may be important to work towards being the best in a field that matters to you, while it is mentally mature to accept not being the first in other fields.

Pursue your own happiness, but know that the quest for “the maximum possible happiness” is psychologically exhausting and could be counterproductive … Do not seek to attain perfection or to own the best things all the time, as the message communicated is more important that the brand of the mobile used in communicating it, and the destination is more important than the vehicle used in reaching it. Let your whole attention be channeled towards your major objectives in life, instead of focusing on small victories. That is why Jobran kahalil Jobran said, “Don’t make your clothes the most expensive thing you have, so one day you will not find yourself cheaper than what you wear!”

Editor’s Note: This article was originally written in Arabic and translated into English by Wael Badran.

The Humanities and Well-Being

Self-determination, values, and letting go of the little decisions that drain our energy. Decision fatigue deflates and diminishes our energy and blinds us when we are attempting to stay on our chose course. Less is often better.

You remind me of decisions I no longer have to make when we arrive in MX to spend the winters. Puerto Vallarta is a great place to sit and work/play. I go to the grocery store or fruit market, and I know exactly what to get. Not many choices makes life easier. Yes, there are times I would like more choices, but gratitude for the sun and beauty take over my sensory mode, and I am in bliss. No freezing, dark Wisconsin winters.

When we get back to the States in May, I am always surprised how much longer it takes me to shop. It takes me several weeks to adjust to the food choices and much more hectic schedule. bur life is filled with adaptations.

Thanks much, Sherif, for your reminder that sometimes “enough” is just dandy .

We are always told to strive for the best, be the best, and have the best. However your article makes me think is the best really worth it. I remember being exposed to this concept in psychology. When you have more choices, you tend to be more disappointed. You feel like there could have been a better one to be chosen. I like the idea that we should focus our decision for other things instead of using up our mental strength on everything. Our main life decisions should use our mental strength. I am a bit of a perfectionist, but I will try to keep this in mind more. Some options are just as good as others.