Positive Psychology & the Illusion of Free Will 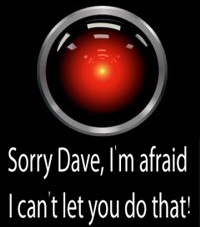 Before we start lets play a game!

Simply: look at these 2 buttons and decide which button to press. Use the timer to determine at which second exactly you made the decision.

Are you done? Great!

Allow me now to introduce this scientific fact to you:

Your mind may already have made this decision almost 10 seconds before the time you believe you made it.

This experiment has been implemented by many researchers. Participants played similar games while their brains were being monitored. The researchers found there was generally a gap between the time when an activity was detectable in a participant’s head and the time the participant was aware of making the decision.

Not only this, researchers could predict which button the participant would choose by noticing which area in the brain got activated almost 10 seconds before the person signaled making the decision. 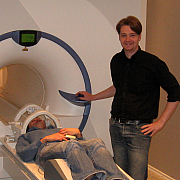 I contacted the German scientist Dr.John-Dylan Haynes, who was one of the researchers who conducted this experiment. He told me that this lead period differs according to the decision we make. Braking decisions while driving a car, for instance, can’t wait 10 seconds, but still, decisions happen in our minds before we think we make them.

These experiment can lead people to wonder whether free will is an illusion. Are people just biological machines who do what they are programmed to do by genes and environment? According to this viewpoint, the sense of free will is just an illusion because all our decisions are predetermined in own minds.

Humanistic psychology considers that humankind has a unique nature that cannot be studied only biologically. Positive Psychology focuses on many subjective constructs that are related to the idea of freedom. For example, in self determination theory, autonomy is in the core of our motivational system, Having the chance to make free choices in our lives can give us psychological and physiological benefits. Researchers Judge and Bono have found that feeling that we control our lives predicts high job satisfaction and better job performance.

Sonja Lyubomirsky found that about 40% of the variation in happiness across a population is attributable to intentional activities rather than genetic or environmental factors. Isn’t she talking about making free decisions?

If freedom is that important, how can we reconcile Positive Psychology with studies that appear to undermine free will?

Well, we can interpret these studies differently. They tell us that our behaviors are controlled by an automatic pilot subconscious mind, which is responsible for our initial thoughts, urges, and spontaneous actions. It seems that this automatic pilot is in charge most of the time. Can we interfere and take over when we need to do so? 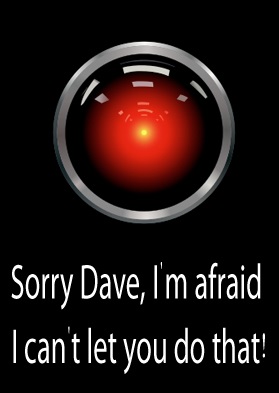 In other words, you can always veto the subconscious decision if you want. Libet reports that this veto brain activity has been detected in another study, when people rejected the initial decision!

It can be argued that expressing free will, is the ability to resist the unwanted urges and the decisions made by the subconscious mind. This ability to take over the automatic pilot is will-power, also known as self-regulation or self-control.

It seems that the true expression of freedom is having self-control over our deep desires. So, are you strong enough to control this autopilot, and thus be really free?

Sometimes, defeating the automatic pilot is not an easy task.

How can we strengthen our will?

Positive Psychology provides us with the many tools to do that. In my next article, I’ll talk about some of them. See you then!

Langer, E. & Rodin, J. (1976). The effect of choice and enhanced personal responsibility for the aged: A field experiment in an institutional setting. Journal of Personality and Social Psychology, 34(2), 191-198.

Looking for Creativity? Slow Down!

An interesting article; thanks for the efforts!
I find some conclusions somehow misleading.
To quote the article: “The researchers found there was generally a gap between the time when an activity was detectable in a participant’s head and the time the participant was aware of making the decision”.
In my understanding, this doesn’t necessarily imply that the brain “took a decision”. The brain just made “an activity” some time before taking the decision. The activity may be ANYTHING that may range from recognizing (or the mere memory recalling of the perceived object or related ones) to any kind of (normal or abnormal) blood flow in the brain.
In particular, I couldn’t find an article reporting the exact results and outcomes of Haynes’ experiment; only a video clip. I think we need to know the fMRI results and the regions of such an activity, which is assumed to be “the” decision.

I’m not sure I get the point you are making here. Do you say that if your body (ie., brain) is doing something that you are not aware of, or willing to, is a sign of free will? In other words: Is having involuntary movement like twitches or epileptic seizure, a sign of free will?
My argument in this article is that inhibiting the unconscious signal can happen sometimes, and this can be a sign that we can control our urges, but I don’t think this is the case all the time!

Thanks for the article. I was reading it with anticipation, to find out what is the conclusion. I did not understand what the article is trying to establish. There seems to be nothing new that positive psychology has found related to the concept of free will, which is not already explored.

It can be argued that expressing free will, is the ability to resist the unwanted urges and the decisions made by the subconscious mind: Is it not the same faculty making the judgement of wanted and unwanted? How can freedom be equated to resisting?

It seems that the true expression of freedom is having self-control over our deep desires: I express my freedom by controlling myself?

Great questions to think about – thanks for the opportunity to reflect.

Dear Ahmed,
Thanks for your comment. actually, these experiment are many, sense Benjamin Libet’s work in the seventies. The activity is not random as the statistical results are valid. The researchers could predict which button the participant will choose in good accuracy. Please check these studies if you are interested in the technical details:
Soon, C. S., Brass, M., Heinze, H. J., & Haynes, J. D. (2008). Unconscious determinants of free decisions in the human brain. Nature neuroscience, 11(5), 543-545.
Libet, B., Wright Jr, E. W., Feinstein, B., & Pearl, D. K. (1993). Subjective referral of the timing for a conscious sensory experience. In Neurophysiology of Consciousness (pp. 164-195). Birkhäuser Boston.

Dear Jayan Warrier,
Thanks for your comment. What I did in this article is suggesting that the concept of free will can be linked to the Positive Psychology construct: self-regulation. Here are the answers for you questions:
Q- “How do we ‘I’ know whether a decision is a conscious or subconscious decision”
A- I think the impulsive desires that we “don’t want to want” comes from the primitive unconscious mind. We take the conscious decision at the same time we are aware of it. While the subconscious decision’s brain activity can be detected before that. For more details please read Libet’s study.
Q- “How can freedom be equated to resisting?”
A- I suggest, simply, that being free is to be able to do what you want to do , not what you do because you can’t help it!

Re: “Researchers Judge and Bono have found that feeling that we control our lives predicts high job satisfaction and better job performance.”

“Feeling that we control our lives” or is not actually being in control of ones life. What does the actual research say?
Additional, we have cognitive biases and we self deceive.

Dear Theodore,
This study investigated “internal locus of control” which means the subjective feeling of being in control of our lives. I know that we have many cognitive biases but I’m trying to solve “the illusion of free will” issue using humanistic psychology perspective.
Best,
Sherif

Re: “It can be argued that expressing free will, is the ability to resist the unwanted urges and the decisions made by the subconscious mind. ”

I would view this as merely “binding” the subconscious, but who is the “self” with the free will here? If the self is an illusion what does this do to free will?

See The Self Illusion: How the Social Brain Creates Identity by Bruce Hood.

“We know that the self is constructed because it can be so easily deconstructed through damage, disease and drugs. It must be an emergent property of a parallel system processing input, output and internal representations. It is an illusion because it feels so real, but that experience is not what it seems. The same is true for free will. Although we can experience the mental anguish of making a decision, our free will cannot be some kind of King Solomon in our mind weighing up the pros and cons as this would present the problem of logical infinite regress (who is inside their head and so on?). The choices and decisions we make are based on situations that impose on us. We do not have the free will to choose the experiences that have shaped our decisions. “

Thanks for you comment. You are right from a positivistic point of view. I’m just dealing with this topic from different perspectives. Having a ‘sense of control’ is important in psychotherapy (i.e., CBT) and has many ethical consequences (i.e., Should we punish criminals?) and it is related to many Positive Psychological notions (e.g., self-determination theory, Lyubomirsky’s determinants of happiness, internal locus of control…etc ). Let’s say that I’m dealing with this topic from a pragmatic epistemological position, positivism and social constructionist, to fit this topic with positive psychology literature.