Senia Maymin, MBA, MAPP, PhD, is the coauthor of Profit from the Positive. Maymin is an executive coach to entrepreneurs and CEOs. Maymin runs a coaches network and is the founder and editor in chief of PositivePsychologyNews.com. Her PhD is in organizational behavior from the Stanford Graduate School of Business. Full bio.

Senia's solo articles are here, her articles with Margaret Greenberg here, and with Kathryn Britton here. 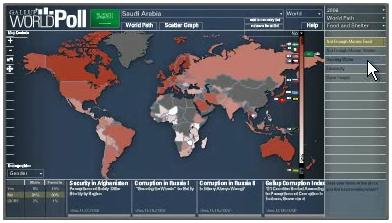 What is the Gallup Well-Being Report? This is the first survey of well-being across the world. The survey questioned at least 1,000 people in over 130 countries in person or by telephone. The survey asked about 120 questions or each participant in the span of just over one hour. Questions include people’s thoughts about the economy (“Are you satisfied or dissatisfied with your standard of living, all the things you can by or do?”), about health (“Do you have any health problems that prevent you from doing any of the things people your age normally can do?”), and most-significantly for this survey, about well-being (“Were you treated with respect all day yesterday?, Did you smile or laugh a lot yesterday?”).

Additionally, 2007 is the first year that the conference is named the Gallup Well-Being Forum having changed its name from the Gallup International Positive Psychology Summit held annually since 2001. Gallup states on the summit website, “In making this name change, we want to underscore our firm belief in Positive Psychology, but also our expanding interest in the research and applications that contribute to Global Well-Being.”

Time is the Currency of Life 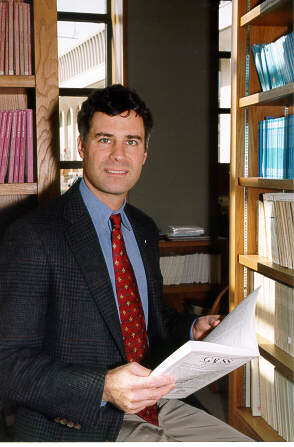 Princeton Economist Alan Krueger was the keynote presenter and he opened by saying that he was interested in studying national time accounts: what activities do people most do, and how do they feel while doing these activities? “GDP is a very partial indicator of well-being,” said Krueger. The research of Krueger and his colleagues has recently been in the news for showing that women have more “unpleasant states” of emotion than do men, which Krueger attributes to women taking on both a job and most of the housework. Krueger described his research in detail, including his methodology of asking people to fill out a form for the activities completed the day before, and rate those activities with how they felt along various emotional lines at the time: Happy, sad, interested, in pain, etc.

Krueger’s research shows that the three most pleasant activities are religious activities, sports and exercise, and eating and drinking. Much of Krueger and his colleagues’ data shows that being with friends is among the most pleasant activities, even more pleasant than being with one’s spouse – Krueger attributes this to the fact that being with friends typically involves socializing whereas being with a spouse can involve socializing or routine or chore activities as well. At one point, Krueger quoted a line in a poem by Carl Sandberg about time being the currency of life, which aptly summarized his own research.

Senator Chuck Hagel was the inaugural speaker at the Summit and intersected world policies with well-being. Hagel said, “The well-being of the world will in fact dominate … the future of mankind.” Hagel encouraged communication among various countries and cultures. He gave as an example Ronald Reagan, saying that Reagan actually sat down with the Soviets: “He was smart enough to understand that you must engage…. If you don’t engage, there will be conflict.” Hagel strongly praised Gallup’s well-being research as a powerful direction towards engaging in the world.

In an interview after the first day of the Summit, Gallup CEO Jim Clifton also commented on the intersection of policies and well-being. Clifton said that as a country leader “you can just fill everybody’s sails with hope.” Clifton spoke about creating momentum by getting any standard of living indicator moving up. As an example of such an indicator, Clifton said that the Gallup World Poll measures people’s perceptions of safety. “If I can increase your safety in your community,” said Clifton, then this could affect the attitude and momentum of every person, that small changes can be the start of large movements forward in communities.

Senia Maymin, Ph.D., is the coauthor of Profit from the Positive. Maymin is an executive coach to entrepreneurs and CEOs. Maymin runs a coaches network and is the founder and editor in chief of the research news site PositivePsychologyNews.com. She holds a BA in math and economics from Harvard University, a MAPP from the University of Pennsylvania, and an MBA and PhD in organizational behavior from the Stanford Graduate School of Business. She lives in California with her family.

I am very happy to note about the many firsts in the Summit and that the first Well-being Report is released.

I wish the summit grand success.

I miss the occassion very much, having attend the first and the last year’s Summits.

Already, considerable progress has been made toward developing specific definitions of well-being that lend themselves to measurement and constructive analysis. Gallup s current well-being measure, developed using the first round of World Poll data, combines two dimensions: evaluative and experienced.