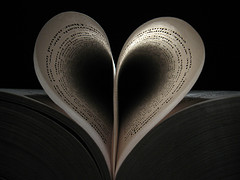 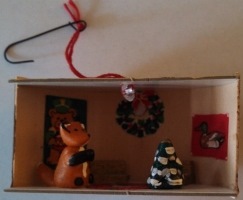 Ornament
Looking for ideas for holiday gifts? We’ve had a feature in December since 2008 in which we invited PPND authors and friends to contribute ideas related to enhancing well-being. In 2007, Kathryn Britton wrote an article about gifts that encourage anticipation, enjoyment, and remembering. This year, we’ve picked examples from the articles from 2007-2015, with links to take you back to the original articles in case you want more ideas.

At a conference in October, Martin Seligman told us that his new favorite book was Progress: Ten Reasons to Look Forward to the Future by Johan Norberg. This joins a recommendation he made a few years ago, Stephen Pinker’s The Better Angels of Our Nature: Why Violence Has Declined. Both books suggest optimism about the future based on observing progress from the past.

One Idea from the 2015 Experience Article

Thomas Heffner said, “One of the best life experiences I’ve had is taking an Improv class with Second City in Chicago. A great gift experience is to search for a local Improv group that teaches improv classes and buy your friend or family member the gift of an Improv class. Improv is fun, humorous, and a great way for you to learn how to think on your feet more effectively. Most importantly, it’s a great way to learn how to collaborate better.” Editor’s note: At an improv class this fall, the instructor reminded us that we are all improvising all the time. A class can help people become more fluid and attentive to the other participants.

Giselle Nicholson Timmerman said, “Give a Positive Memory Album. Instead of giving a traditional photo album (childhood, wedding, etc), create a digital photo album about a special memory or event. For instance, my father is a great storyteller, so to preserve his stories I created an album of photos related to the stories and included an audio file of him telling his best stories. This is something my siblings and I will be able to share with our families in years to come. There are many good providers of digital photo albums, so the toughest part is figuring out what to include!”

Shannon Polly said, “An original song. I had two friends of mine (also Grammy winning songwriters/lyricists) write a song for both of my daughters’ first birthdays. Then I recorded the song in a studio and played it for the grandparents and my husband on their birthday. It made the tears flow. So it was a gift to my kids for when they get older, my husband, the grandparents and a gift to me in being able to sing it and savor their first year. Check out Tom Kochan’s site.”

Lucy Hone said, “I’ve asked my son to give me a voucher providing me with monthly music updates on my ipod. This came from struggling to maintain my running routine, so I gave some thought as to how I could use the kids’ strengths to help my lack of strength!”

Throughout the eight days of Hanuka, we remember the many miracles, great and small, that occur in our daily lives and that have enabled us to maintain our character and values. We remind ourselves of what is important to us and the values, causes, and aims to which we should dedicate our lives. Actually gift-giving has little-to-nothing to do with Hanuka, and is a later invention. Jews have other holidays when gift-giving is called for, especially Purim.”

Todd Kashdan said, “David Foster Wallace’s posthumous book The Pale King. It’s the ultimate treatise on how coping with boredom is the essential existential issue of humanity that gets ignored.”

Emily vanSonnenberg suggested, “Laughter and Liberation by Harvey Mindess. The book captures the essence of irony, the gift of laughter, and how to induce an advantageous perspective for the self, as well as in friends and clients in ways that heal.

Editor’s note: Another book about laughter that might make a fine gift is Lesley Lyle’s Laugh Your Way to Happiness: The Science of Laughter for Total Well-Being.

Cassie Robinson said, “Finally, I recommend The Idea of Justice by Amartya Sen. The book is less about a concept of justice than it is about a framework in which to think about justice. It suggests that one should reject any form of transcendental institutionalism (“We just need to figure out what the perfect institutions are.”) and instead ask oneself, “How do we change society for the better?”

Martin Seligman made 4 suggestions. The one we’ll highlight here was Reality Is Broken: Why Games Make Us Better and How They Can Change the World by Jane McGonigal. This book could be good for people on either side of the do-play and don’t-play gap (often a generation gap).

Amanda Horne recommended, “Spiritual Evolution: How We Are Wired for Faith, Hope, and Love by George Vaillant. I enjoyed George’s work because it so beautifully explains how our positive emotions evolve, how our brain is involved, and most importantly I found the book incredibly hopeful and optimistic. It’s one I want to read again.”

Derek Carpenter said, “I fell in love with Why we do what we do: Understanding self-motivation by Edward Deci and Richard Flaste this year. It’s an in-depth look at intrinsic motivation and self-determination theory that’s thoughtfully written and includes a nice balance of research and case studies.”

Margarita Tarragona suggested, “Something I enjoy is getting truly funny jokes from friends in my email, or links to funny Utube clips.The other night I laughed so hard I cried with a joke, and my kids were cracking up just from seeing me laugh so hard. So I would suggest a good free gift would be to make a small selection of funny things and send it to your friends/loved ones.

Doug Turner said, “Here’s what I am doing for my wife this year: we often comment to each other about how blessed we are and how thankful we are. I decided to take the alphabet and come up with a word corresponding to each letter that is related to something we are grateful for. For example, “A” is for our daughter Annie, “B” is for our Beach House, “C” is for Church, “D” is for our Diplomas, etc. I’ve written a little paragragh for each item and I’m assembling them into a little book. I’m also planning to upload them into one of those digital picture frames so they will scroll by on her desk in her office. I’m having fun putting it all together, and I hope it will be a constant reminder of all the things we are grateful for. BTW – if you have any ideas for the letter “X,” I’d appreciate it – I’m stumped on that one…”

Suzie Pileggi said, “I really like printing out a Family Tree of Strengths. I did that for my family for Christmas last year. At Thanksgiving, I had all 14 family members (adults and kids) take the VIA. Then I made a table listing everyone’s top 5 strengths and made it into a booklet. I highlighted one of their top strengths and wrote a few sentences of a time they exemplified that strength.”

Three Ideas from Giving Gifts in 2007 Plus One New Idea

For pleasure in anticipation: “Give a child a treasure chest of coupons redeemable for activities with you. For example, give coupons for a monopoly game or a trip to a ball game or even 24 hours of your time to be used all at once or spread over the next year.”

For pleasure in the moment: “Give gifts that require attention to sensory input. I remember a wine tasting kit that helped us pinpoint different aspects of taste.” Let me add to that now the idea of a board game that the whole family can enjoy together. We gave my son Settlers of Catan a few years ago, and it brought pleasure to all of us.

For pleasure in remembering: “Some people have great stories from long and full lives but are not particularly good at or interested in writing. Give the services of a personal biographer to interview and do the writing. I thank Margaret Greenberg for this idea.” Later note: We did this for my mother for her 87th birthday. It resulted in a little book that we all share. I just wish I had done it when her memory was a little sharper.

We would love to hear your suggested additions to the lists we started in 2007. What gifts have you found increase PERMA in your families and communities?

This was so invigorating to read!
Gosh, Kathryn, the way you wrote this article makes me smile ear to ear!!!!!!!!!! I love all the energy of the recommendations.
In full disclosure, my contribution was brainstorming the idea with Kathryn. The entire execution was you, Kathryn – thank you!

Senia, I couldn’t agree with you more. Ironic you mentioned your smile from ear to ear. Before I read Kathryn’s article, I thought, “A smile. That is the super gift Kathryn and you, Shannon, Marty and all the rest of the brilliant, talented and generous folks you highlight here, bestow upon me. I always feel blessed and feel my smile erupt when I read PPN. THANK YOU for this gift and the huge gift of knowledge, too. I really look forward to this post every year.

I’ve read Progress: Ten Reasons to Look Forward to the Future and it really is very moving. It’s also a great gift for someone who likes to read.