Home All Movie List for the 2010 Holiday Season
All 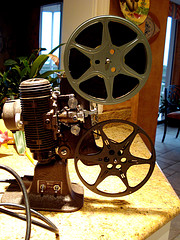 Editor’s Note: Today the authors and editors of PPND share some suggestions for movies to watch during the holiday season.

This is the third in a 4-part series for the end of 2010, starting with the Holiday Book List for 2010. The authors are in reverse alphabetical order so that our Z authors have a chance to come first. For additional holiday ideas, see the 2008 Holiday Ideas article.

We lead off with Ryan Niemiec, coauthor of Positive psychology at the movies: Using films to build virtues and character strengths. Ryan has written earlier articles about movies, including nominations for Academy Awards based on elements that convey positive psychology themes. 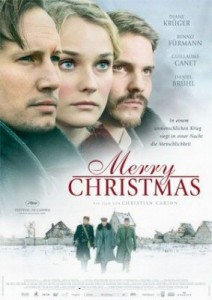 Ryan Niemiec: Joyeux Noel (Merry Christmas, 2005): International film that is as stunning as it is inspiring. The setting is a battlefield during WWI in which Scottish, French, and German soldiers who are shooting at one another in the trenches call for a ceasefire for Christmas Eve. The common humanity and fraternizations that develop are so magical, it is hard to believe this is actually a true story. Scenes in this film get at the true meaning of Christmas, in a way that no other film can.

Meet John Doe (1941): Listed by the American Film Institute as one of the top 100 most inspiring films of all time and directed by Frank Capra (director of It’s a Wonderful Life; Mr. Smith Goes to Washington); about a columnist for a local newspaper who makes up a story about a man, “John Doe,” who is so distressed by the poor economic times and lack of jobs that he plans to commit suicide on Christmas Eve. This spurs a contagion of kindness and a web of community interconnections across the country, referred to as “The John Doe idea,” which relates closely to current research on the spread of kindness.

Emily Van Sonnenberg: The Black Swan. Interesting interrelationship between the perspective of an actor/performer and aspects of positive psychology. 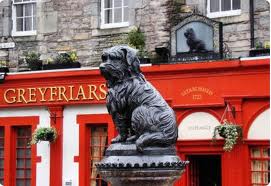 Angus Skinner: Greyfriars Bobby – The story of the devoted love of a dog for a shepherd. There are dark aspects to this story, not the least poverty – also some rivalry, God I hate that. It is a true story and there is a lovely statue of the dog in Edinburgh which I often stroke. Choose your film version – Disney or other. See Wikipedia for the story.

But I can’t help enjoying Bad Santa, too!

Senia Maymin: Farces (for their ability to make us laugh at ourselves and at how seriously we take ourselves):

Kathryn Britton: Children of Heaven. See the description in my blog. We’re also plan to watch A Child’s Christmas in Wales again together, m daughter’s suggestion.

Why You Need to Switch Off over the Holiday Period. But Not Too Much!