On Monkeys and the Goddess: Fairness 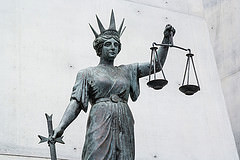 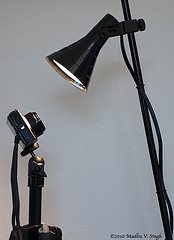 When my son was in middle school he argued about everything. Everything. No perceived injustice or imagined grievance, great or small, was off limits.

I understand the stages of adolescent development. I understand that it is, in the words of George Vaillant, a “self-limiting disorder” that we go through and grow out of. But the words of scholars and counselors offer little solace when trying to navigate life with a middle schooler. So I did what any other parent soaked in positive psychology would do: I had him take the Values in Action inventory to identify his strengths of character. (It is at this point in the story that my children call me a nerd.)

Andy’s two highest strengths were fairness and courage. No wonder he seemed to fight about everything.

Fairness is one of the virtues most valued in our culture. According to Park, Peterson, and Seligman, it is the second most prevalent character strength, behind only kindness.

According to Money, Hillenbrand, and Camara, it is one of only five strengths said to be a “high match” with the demands of work. The full list includes fairness, honesty, judgment, perspective, and zest. We want fair judges and police, fair bosses and parents. When negotiating business deals or legislative policy, pleas to fairness soften the other’s demands. 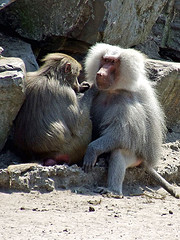 Lounsbury and colleages point out that fairness predicts students’ grades as well as their satisfaction in college. In the wild, Sapolsky describes baboons grooming those who are unfairly picked on. In classrooms, students who score higher on civic strengths such as leadership and fairness are more popular, even then their classmates high in love and kindness, according to Park and Peterson.

Fairness was so highly valued by the Greeks and Romans they clothed her in a stola, gave her scales and a cornucopia and made her a goddess. When people became too violent and ruled by self-interest and all the other gods abandoned the earth, Astraea, the Greek’s “star maiden” was the last of the immortals to leave. She stayed to plead for fairness among humankind. Fairness is so highly valued by monkeys that they will reject tasty, but inequitable rewards. According to Frans de Waal, some chimpanzees will even refuse to take the preferred food unless the partner also receives it.

What is this virtue immortalized as a goddess and valued by apes?

Fairness is related to justice, but it is something different. In the Nichomachean Ethics, Aristotle distinguished between legal justice and conscious justice, that is, between what is lawful and what is fair and right. When we are unable to manage a clash between a community’s rights or values, we have our laws to fall back on. But in a different time or context or place the laws might have been different. What is “just” might have been different. Æquitas (equity) on the other hand, the Roman Goddess with her scales, is what allows the law to be changed when there are circumstances that mere mortal lawmakers could not foresee. Fairness assumes symmetry and evenness.

Even then, we struggle with what is fair. Jon Haidt points out that both liberals and conservatives root fairness in reciprocity, yet it is expressed differently. “On the left, fairness often implies equality.” The wealthy and powerful exploit those at the bottom without paying their fair share. The right, Haidt continues, see fairness as proportionality: “People should be rewarded in proportion to what they contribute, even if that guarantees unequal outcomes.”

So courageous and driven by fairness, my 13-year-old son fought against perceived injustice even if so doing so was contrary to his own self-interest. Framed this way, what once seemed just querulous took on a new quality. Gandhi, Mandela and Martin Luther King Jr. all changed history by combining the same strengths.

But our strengths can sometimes trip us up too. What for one person may be a matter of fundamental fairness, to others may seem pointless or even seditious. Our strengths are not weaknesses. They really are strengths. However, Chris Peterson the principal author of Character Strength and Virtues, the “manual of the sanities”, stressed that we be attentive to the shadows that our strengths cast.

If fairness is the most authentic expression of who you are, then that is also the lens through which you see the world. You expect that others will treat you fairly. You expect strangers to treat one another fairly. But the world in which we live is not always fair. We do not all start at the same line when the race begins. You may get passed over for a promotion. You may be misled by someone you love. Others may take advantage of your kindness and trust. 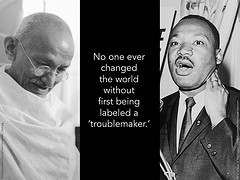 Approaching the world as fundamentally fair makes us sensitive to when it is not. This is good and powerful and essential for proportionality and equity in our world. It is how laws are made and changed. It is what calls us to protect the vulnerable.

But if we are not attentive to the biases and wishes cast by our strengths, they can also blind us to other values that may be at stake. You might not see that there were other facts holding the scales in balance.

Keeping looking for that balance. Keep and fighting for what is right. Continue to pick up the pebbles one by one and place them in the silver trays of Æquitas. Maybe this one is a little too heavy. Maybe next time we need to place two on the side that has been neglected. By so doing you bring Astraea back again. You express that immortal quality that holds us all together.

Editor’s Note: This article was commissioned to represent the character strength of Fairness in the book, Character Strengths Matter.

de Waals, F. (2011). Moral behavior in animals. TED Talk. The discussion of capuchin monkeys and fairness around equal pay for equal work (grapes vaued more than cucumber) occurs around minute mark 12:30, followed by a discussion of chimpanzees who will actually refuse the grape unless the partner also gets one.

VIA Strengths Survey for Children. After logging in, go to the questionnaires page. Select the VIA Strength Survey for children, which is appropriate for people from 10 to 17 years old.

Photo Credit: via Compfight with Creative Commons licenses
An argument between parent and child? courtesy of Brainedge
Grooming baboons courtesy of patries71
Goddess with scales courtesy of RaeAllen
Troublemakers? courtesy of Scott McLeod

It is “fair” to say your post was illuminating. Thanks for the reminder that fairness follows kindness in the VIA Survey. I appreciated your take on the shadow side of all strengths. I could hear Chris Peterson’s mellow voice loudly. Thanks for that reminder of his gentle ways, and especially his kindness. Well done, Sean!

Thanks Judy, You are always very generous with your comments. In addition to being brilliant and kind, Chris was tremendously grounded and practical. He had a great gentle way of pulling people back or pushing them forward when they read too much or too little into the studies. I have another article on how strengths really are strengths here: http://www.johnseandoyle.com/strengths-and-children/

Nice one Sean. Eventually they take you out for dinner on Father’s Day – and pay. It’s only fair.

Thanks for your golden memories of Chris Peterson. How wonderful to have shared and been privy to his giant yet humble personality. Thanks, too, for the article. I am a strengths junkie, so I am grateful for your insights. many thanks.

Angus, I so love your wit and humor.

Hi, again, Sean. I forgot to tell you I loved your article on kids and strengths so much I printed it out and posted it on FB, too. You addressed your 4th grade daughter’s getting bullied drama in a brilliantly creative way. Empowering her by reading to and with her about famous inspirational women and how they tallied their strengths was inspiring. I hope your daughter knows how lucky she is to have you for a dad. I bet she will remember this episode in her life forever. Thanks, too, for reminding us that strengths are circular, not linear. They can bite us in the butt, but we can still pay them forward again to serve us. Well done.