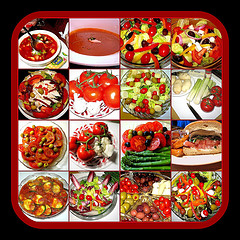 This semester I taught positive psychology at North Carolina State University.  After our studies of, and exercises on, “savoring” one student lost 20 pounds by changing her relationship with food. Another, who reported she never did particularly well in school, received As in all of her classes. She said the difference was that she received so much feedback about what she was doing well that she came to believe she was capable of more. And so believing, she took the steps necessary to achieve As in all of her classes. It was a remarkable semester and we had a lot of fun.

The Peak-End Theory When Teaching a Class

However, in the waning months of the class I found myself in a bit of a dilemma. The students gave so much of themselves. I really wanted them to have a good memory of the class. Most readers of this site are likely familiar with the peak-end-theory. The general idea is that we tend to remember events based upon their peaks (highs and lows) and how they end. If something ends well, we often have a great memory of it. If it ends poorly, that is what we recall, even if the majority of the experience was pleasant.  Here are some past articles on peak-end theory when shopping, when giving feedback, and when being disciplined.

How do most classes end? With a final exam (and often stress and pressure). Just thinking back to my past exams causes my neck to stiffen. Yet I needed to measure their understanding of the material. So what to do?

What I did was let the students design their own final using a modified appreciative inquiry process.

Appreciative Inquiry (AI) is a process whereby organizations identify moments in which they perform at their best, imagine what the organization would look like if they could cultivate these moments, and then implement a strategy to make that vision a reality.  (Past articles are here and a conference summary is here.)

A key to the AI process is posing the question to be explored. If my question were something like “What do you want to do for the ‘final’ ?” blah, blah, blah . . . all the solutions would likely be limited to previous exam experience (multiple choice, short answer, etc.) This might have been ok. But I wanted to see if the students could design an assessment process that was meaningful to them. So in the end, we did not have a final. Rather, I told them that they would have “an opportunity to joyously demonstrate their mastery of positive psychology.” 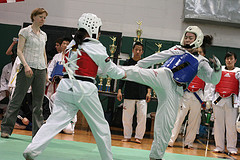 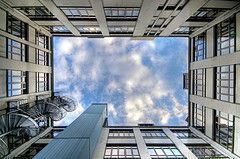 The process worked because the students were given the freedom to design their own expression. Each took the subject and was able to think about it, and present it in a way that was personally meaningful. In the end, it was both a great measure of how well the students had absorbed the material, as well as a high point ending to a great year. It was simultaneously a peak and an end.

Author’s Note: I would like to publicly thank all of the PPND authors for their help this semester. I directed my students to the site, and they peppered the authors with questions. The authors were kind and prolific and thoughtful in their responses, and my students were thrilled and positively influenced by the dialogue. Thank you, thank you, thank you for a great year!     ~ Sean

Other positive psychology university-level courses can be found here.

Planning for 2010: How Daily Mental Time Travel Can Increase Happiness or Decrease Anxiety

Great example of using positive psychology and creativity to design a great final exam! If I ever teach again, I will use this as an example 🙂

Thanks Steve. The part that was especially nice was that the students designed the “final” themselves.

Thank you for sharing this. In designing workshops, your article will be influential.

Sean, Thanks for sharing this creative way of working with positive psychology in the classroom. I am sure that many of your student’s lives were changed as a result–that is what it is all about! kudos!!
Lynn

Thank you both Lynn and Deb. I was really, really pleased with the way the class workout this year. Both all the positives that I saw on a day-to-day level, as well as the success of the final project.

As a student, I think that this method is really helpful for students! Not only absord the material completely but also have unforgettable experiences in the class !!

Thank you Vincent! I appreciate your comments! Sean

You never stop to impress and inspire me, Sean. Thank you.
MJ

Thank you MJ. I feel the same way about you.