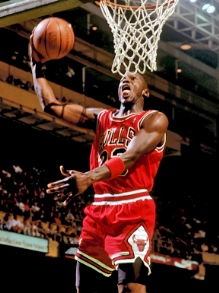 Scott Crabtree is a passionate teacher of neuroscience, psychology, and the science of happiness. He is empowering organizations to apply findings from cutting-edge brain science to boost productivity and happiness at work. He can be reached through his site Happy Brain Science or on Twitter: @ScottCrab.

See Scott's solo articles and his articles with Chris Wilson.

How would you write Michael Jordan’s performance review? 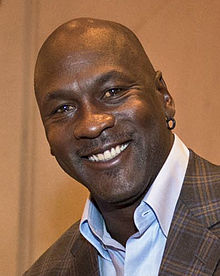 What feedback would you give Michael Jordan? What would you tell him to do?

For those who aren’t sports fans, Michael Jordan was probably the world’s best basketball player ever with the possible exceptions of Bill Russell and Larry Bird (because I’m originally from Massachusetts). Michael Jordan’s career offers a great lesson about using and developing strengths.

Jordan also took a few years in the middle of his basketball career to play baseball instead. By professional standards, he was a mediocre minor-leaguer who struck out a lot.

How would you write Michael’s performance review? How would his review be written in your organization?

I know how it would have been written at several organizations where I worked. The summary would be something like this: 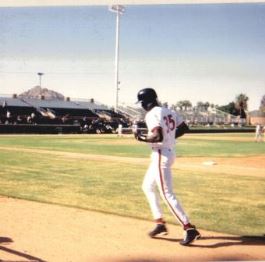 Playing baseball with Arizona Scorpions
Your excellent strengths include:

You really need to improve in the following:

Please spend the majority of your time and energy going forward focusing on improving your baseball skills!

How does that look to you?

I hope this sounds laughably ridiculous to you, but we often do something like this to each other at work. Sue isn’t good at public speaking, so let’s have Sue do the speech to psych up our team at the beginning of the next big project. What?!? Why?!? You just said she’s not good at it! She probably hates it!

Jose isn’t good at tracking financial details, so let’s have Jose do the detailed budget for next year. What?!? Why?!? He’s not good at it and in all likelihood it drains him of energy.

Let Jose do the public speaking. He’s good at it, and he’ll be energized by it. Let Sue do the detailed budget. She thrives on that kind of work. When we ask the right person to do the right tasks, everyone does better work and enjoys it more.

Using and developing strengths is about assigning work to match people’s strengths, or perhaps even better letting them volunteer to use their strengths. Everyone does better work, enjoys it more, and is more engaged. Don’t always try to fix what’s wrong with people. Instead build what’s strong, and find ways to make the weaknesses irrelevant.

Scott Crabtree is a passionate teacher of neuroscience, psychology, and the science of happiness. He is empowering organizations to apply findings from cutting-edge brain science to boost productivity and happiness at work. In addition to his own articles, he has also written articles with Chris Wilson.

Thanks all of you that have read this article, and especially those that have shared it! I’m honored and grateful. 🙂
–Scott Crabtree, Chief Happiness Officer, http://www.HappyBrainScience.com

The illustration is so simple that it is amazing how many businesses ignore the principle being made. Some bosses would say “I didn’t know he could play basketball??” while others will say “he gets paid well enough – a good manager can do anything!”.

The enjoyment factor means so much more than “having a good time”. It’s an essential ingredient of high productivity levels, engagement and commitment.

Scott, I just reread this article, and I like it so much!!! It cracks me up each time I see it – sometimes you need to put things into such a crazy framework in order for them to be clear.

Thanks so much for the kind words Senia. See you at IPPA World Congress very soon I hope!?!