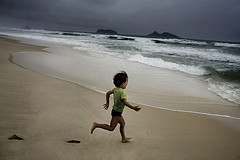 Scott Asalone, MAPP '08, is an author, speaker and entrepreneur. He is a partner and co-Founder of ASGMC, Inc. and works both nationally and internationally specializing in identifying and unleashing the best in people and organizations. His blog is called The Greatness Project. Full bio.

This is the third article inspired by the IPPA World Congress. Other articles so far include Jeffrey Siegel on awe and elevation at the movies and Kathryn Britton on Barbara Fredrickson’s definition of love. There’s more to come. 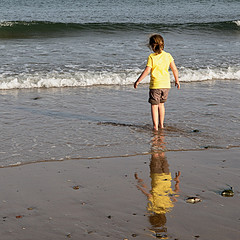 I watched in amazement as Grace, a friend’s granddaughter, who was petrified of going near the sea a year before, walked fearlessly into tumbling waves. She is now in love with the ocean and has adopted her grandmother’s passion for the sea.

Edward Deci could have used Grace as a powerful example of internalizing extrinsic motivation in his keynote talk at the IPPA World Congress titled Self-Determination Theory and Its Relation to Positive Psychology.

Deci began by differentiating Self-Determination Theory (SDT) from many other cognitive theories because it’s a meta theory based on the assumption that humans, by our very nature, are proactive, work to master our environment, and have a tendency toward growth. In contrast, other cognitive theories are mechanistic and maintain that humans are basically passive. Deci explains that “nutriments” of competence, autonomy, and relatedness are necessary for growth to occur. Only when these nutriments are in place do people function effectively. 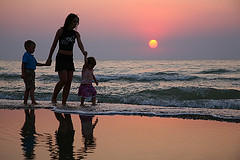 So what does this have to do with Grace? Grace had been afraid of the ocean and wouldn’t go within 20 feet of it. Though it was a passion for her grandmother, Grace would not share that passion.

Grace’s parents could have tried positive conditional regard, only giving love and attention when Grace did what they desired and moved toward the ocean. Deci notes that this leads to a feeling of being controlled, and is thus not autonomy supportive.

They also could have tried negative conditional regard by withholding love and attention when Grace wouldn’t go into the ocean. Deci comments that this leads to resentment and uncontrolled emotion. It is also not supportive of autonomy.

Instead they allowed Grace to get better at swimming in a wave pool (supporting competence). They gave her the choice as to the lessons (supporting autonomy) and connected her with friends who were swimming (supporting relatedness). Now Grace has internalized her parents’ and grandmother’s love of the ocean. She runs into it rather than away from it.

Though I’m not a parent, the development of autonomous motivation and its effect on Grace was obvious. More important, after Edward Deci’s keynote at the IPPA conference, it is easier to see the connection of Self-Determination Theory and positive psychology both at work and in our personal life, particularly in the area of achievement.

Hi Scott,
great article – much of what I’ve seen has focused on what we do wrong to destroy motivation. Your example provided a clear picture of how we can build it through accepting someone as they are right now and working patiently with them to support change. Thanks for that!
Denise

This was a great talk – when we learned SDT in MAPP, I really didn’t care. Hearing Deci talk about it directly made it hugely relevant and important, and really shifted my thinking on a number of applications and projects. Thanks for the wonderful synthesis!

Hi Scott,
I just love how you so perfectly captured Deci’s talk at IPPA. I remember being in the session having his theories all gel for me, but your article was a great reminder of exactly how SDT meshes with positive psychology. Thank you!
Louisa

Denise,Lisa and Louisa, Thanks for your feedback. I also found that Deci’s constructs came alive for me in this talk. It is easier to see the application to children, work and individuals. Additionally as I read the PPND comments on some of the other talks at the IPPA conference it seems that the conference speakers were more nuanced than before. Rather than intrinsic motivation being “positive” and extrinsic being “negative” he dialogued the adaptation and adoption of extrinsic motivation and when it can be positive.
The development of Positive Psychology seems similar to most development. Begin with broad brush strokes and as people buy-in and understand you can develop the nuance. I believe that is what Deci, Fredrickson and others are doing.
Scott

Scott
what a great piece. I was not at IPPA but have read quite a bit of Deci’s work. Your summary example around Grace was SO elelgant as an exposition. i shall cite it in my workshops. thank you,
Stephen M, Canberra Australia.

Scott, great job bringing SDT to life with the story of Grace. Loved it!

Catching up on my PPND reading enjoyment, Scott. Your stories are awesome! Thanks for a great account of Dr. Deci’s excellent SDT presentation at IPPA World Congress!
You perfectly recapped and memorialized this inspiring and important way of being, thinking, and moving forward in our lives. Blessings and safe travels, Elaine

Thanks Elaine. Stories do seem to bring this alive. I’ll keep using them. Thanks.

Thanks for the inspiring article. I am Counseling Faculty at a community college in Phoenix. This made me think of how I could increase competence, autonomy, and relatedness in order to increase motivation in students. I like your example that positive or negative conditional regard does not work because it leaves people feeling controlled or resentful. I do offer my students choices and opportunities to connect with other students; the part I need to work on is how to help them increase competence. It takes a lot of thought to design assignments that build incrementally to increase skill and knowledge….but I am working on it!

Marianne,
As you create successful ideas that increase the competence of students I’m sure the educators and parents who read this site would love to hear them. I believe that creating opportunities to experience competence on the organizational level is easier. The one lesson I’ve learned on the organizational level is that small, initial success can instill enough confidence to possible reach another level.
Continued success at your college.