Individual Differences at Work: Part 2, Type A and Type B 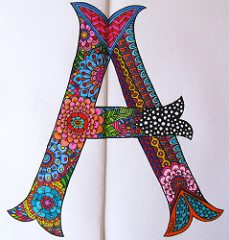 Sarah Tottle is the co-founder of GSL Coaching, a leadership and research consultancy that specializes in organizational health and well-being. The consultancy offers a range of workshops centered on employee engagement, well-being, and resilience, as well as tailored research for organisations. Sarah is currently pursuing her doctoral studies, with a special interest in burnout and presenteeism. She is a co-author of Your Pocketful of 'Inspiration': 100 Ways to Happiness. Sarah's articles are here.

Ever since Friedman and Roseman’s 1959 study identifying the Type A personality and its link to coronary heart disease, research into the influence of personality factors on health has caught public attention.

Type A? How much does it predict?
Type A personality is characterized by behavioral traits such as competitiveness, impatience, hostility, time-consciousness, feeling pressured, and restlessness. Type A personalities have also been linked to greater levels of perceived stress. In contrast, Type B counterparts are more laid-back and easy-going.

While further studies have offered some confirmation of the correlation between Type A personality and coronary artery disease, studies such as that done by Gallacher and colleagues found that while Type A personalities are prone to heart disease, this is probably attributable to the fact that they are more likely to be exposed to triggers that cause the disease, rather than heart disease being a direct result of their personalities. Nevertheless, possessing certain behavioral traits can increase the risk of ill health.

What Happens at Work?

Type A and Type B personalities appear to respond to their working environments in different ways, but further personality and behavioral variables must also be accounted for. For example, external attribution theory, whereby individuals attribute blame and divert responsibility to outside control, is also linked to higher perceived stress. Employees with both Type A tendencies and external attribution are most likely to feel stressed by their working environment.

In contrast, those with Type B personality are less likely to feel perceived stress, but may not be as effective in some roles. The composite of traits corresponding to Type A personality may make some people better suited for managerial positions, but perhaps less able to cope with the demands of the role. Those with type A personality may gravitate to professions where they feel a sense of usefulness, but those professions are also linked to high levels of stress. Similarly, Type B personalities may naturally feel more at ease, but when placed in some roles, they may not fit the required work ethic, or may not appear to fit it.

An Example of Type A and Type B at Work

This was certainly the case at a multinational corporation where Barry and Jim worked. Barry had worked in corporate finance since he graduated from university. He had managed to work his way up the corporate ladder quicker than most and had, in recent months, become the new Chief Finance Officer. The role itself was not without stress, but Barry had gravitated towards the profession because he felt it was a challenging role that he deserved. While Barry was deemed an excellent fit for the role, he began to feel the adverse effects of his job. In recent weeks, he lacked focus in his role, rushing through his tasks and behaving in an increasingly hostile manner towards his subordinates. The pressure of the role Barry had chosen was leading to symptoms of increasing burnout.

Type B:
Sometimes too laid back?

Jim had been working at the same multinational firm for a number of years. He had been in his previous role as an engineering manager for the past six years, and was good at it. Recently he was asked to take on more responsibilities as a senior manager within the firm. The increasing responsibility meant that the role came with more stress, and while Jim did not consciously feel the consequences of the stress, his performance suffered. His superiors did not feel that Jim was taking the increased responsibilities of the new role seriously enough.

Jim fit the stereotypical type B nature. His laid-back approach to work did not seem like a good fit to his superiors. Barry, on the other hand, while seen as an excellent fit for more senior responsibilities, was unable to manage his increasing stress in a constructive way. 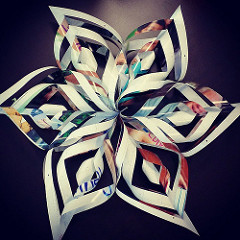 Complexity
Although Type A and Type B personality theory is an oversimplified model for the spectrum of personality and behavioral traits that individuals bring to work, nevertheless, it offers insight into the diverse ways people interact within their environment and the complexity that presents to organizations in managing workplace stress.

It is important that managers in organizations are aware that personality is not a fixed static state, but rather a malleable and ever-changing phenomenon that must be addressed individually. Jim and Barry need different kinds of help to fit into their new roles.

While each employee brings a unique outlook on the world and an ever-changing composite of traits, the workplace can play a role in shaping the employee too. In the better workplaces, it plays a good role, helping people find responsibilities that match them well and helping them deal with the inevitable stresses that occur.

Hi Sarah,
I like how there is such scope for growth with each personality and that with awareness, each type can be sculpted toward a better fit for the long term sustainability of the business. It’s all about inclusion and identifying and valuing our differences.
Thanks
Bren

An interesting read. I kept thinking, “In some contexts I am way more A, but put me here in Puerto Vallarta to work for 6 months, and watch by B learn to soar! Context, at least for me, really matters. Thanks for your reminding me how much healthier I feel in the warm and how much less rushed as I am in the USA. Ironic, as I am flying back today to make a presentation on relationships at the MentorCoach Conference in Bethesda, MD.I might add A and B types and how to employ positive psychology applications no matter whether your partner is A or B. My A might be coming up to bat as I feel so excited and gungho. Thanks much.

Thanks for your comments, Bren. Absolutely- with self-awareness, there’s huge potential for development. Of course, managers and organisations can play to employees’ strengths and harness their key skills, while also making sure that the working environment is conducive to different personality types.

Type A and B behavioural traits are good examples, but it is an oversimplified model.Like Judy, I see both traits within myself in different contexts. The model is a spectrum of traits that arise in different contexts. It’s almost like a chicken and egg saga too- what comes first? Are we attracted to certain professions based on being type A or is it the profession that brings out type A traits? Where environment meets personality is key here.

Thanks for an interesting discussion.