The Positive Psychology Movie Awards for 2018 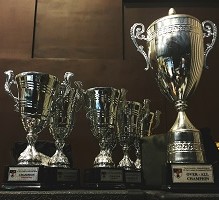 You can use these movies to educate your students, catalyze strength in your clients, or for your own personal cinematic elevation. Cinematic elevation is a phrase I coined in 2008 to refer to one of the motivational pathways by which movies can make us better people and create a stronger society. In alignment with the emotion of elevation, which has very clear science on its benefits for altruism, here is the typical pathway for cinematic elevation:

So, don’t delay! Watch some of these movies and boost the well-being of yourself and others!

Mary Poppins Returns: Award for Best Positive Psychology Film
If you listen to songs by actor and musical genius Lin-Manuel Miranda in this film or attend to the pockets of wisdom and central storylines, you’ll be hard-pressed not to discover a wide range of positive and uplifting messages. Core themes of the film, which are sometimes silly yet always meaningful, include the importance of having an optimistic mindset, trusting in children, looking for the light to guide you, taking a different view of problems by going upside-down, reminding yourself that everything is possible including the impossible, no better time to take action than the present, and the view of death as gone but not forgotten and nothing is gone forever.

Green Book: Award for Positive Relationships
Exemplary true story about Don Shirley, an African American virtuoso pianist, who connects with his “driver,” a working class Italian-American who takes him across the Deep South to deliver various concerts at a time period where racist, discriminatory, and violent behavior is dominant. As they travel, they indirectly teach and learn from one another. They grow as men and work together to challenges the bigotry and narrow-mindedness that surrounds them.

Roma: Award for Meaning
Despite the ineptitude and failures of the men around them, the women find a variety of ways to step up, support one another, and discover strength at times of trauma and routine in this slice of life, Mexican film. The film has won 184 awards, including Oscars for best director, cinematography, and foreign film. This film shows that meaning is found in moments – moments of care for others, moments of connection, moments of acceptance, and moments of courage.

BlacKkKlansman: Award for Achievement
Spike Lee film that depicts the true story of the first Black police officer in the Colorado Springs police force. He and a White officer collaborate on an impressive achievement – infiltrate and dismantle a major, local KKK group with national ties to politician David Duke. Rather than forcing messages, the film holds a mirror up to the viewer to reflect on the issues.

A Quiet Place: Award for Mindfulness
In this post-apocalyptic film, a family of 5 tries to survive blind creatures that attack only by sound. Because the rule of thumb to survive is – stay silent, stay alive – the film is an interesting teacher of mindfulness. Most of the characters’ behaviors are done quietly and deliberately such as tiptoeing, carefully reaching over glass bottles on a table, using sign language, walking in bare feet, quiet game-play, and mindful listening. The two character strengths at the core of the operational definition of mindfulness – self-regulation and curiosity – are also central in the characters’ attentive listening and controlled emotions and behaviors.

Won’t You Be My Neighbor? Award for Happiness
This film is a documentary about Fred Rogers, the host of Mister Rogers’ Neighborhood, which ran for 31 seasons (912 episodes), infusing joy, curiosity, and love in the hearts of countless children. Not only is the pleasurable type of happiness of smiles and laughter apparent but also the meaningful joy and openness that comes from inclusion of people with disabilities and races different from one’s own, and how to have meaningful conversations with children on topics of pet loss, divorce, and violence. As a positive role model, Mister Rogers famously said, “What is essential in life is invisible to the eye.”

A Vigilante: Signature Strengths Use
A young domestic violence survivor discovers resilience through her signature strengths of bravery, perseverance, creativity, and fairness. She lives with great suffering, confronts it, and tries to help others who are in similar circumstances. She is simultaneously deeply vulnerable and incredibly powerful in her strengths.

The Children Act: Award for Morality
An important film that offers a variety of moral dilemmas. One dilemma surrounds a judge (Emma Thompson) who must decide a court case surrounding a Jehovah Witness family that refuses to allow their sick son to undergo a blood transfusion due to religious beliefs. This decision leads to further dilemmas in regard to the interaction between the judge and adolescent. In addition, moral dilemmas about planned infidelity in a struggling marriage are addressed by the judge and her husband. 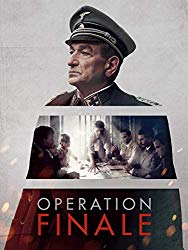 Operation Finale: Award for Teamwork
The true story of the capture of Adolf Eichmann, the only Holocaust mastermind criminal to escape alive and avoid the Nuremberg trials post-WW2. The film depicts the incredible capture of Eichmann by a team of secret agents who secretly kidnap him, keep him secure (and alive), and secretly fly him to Israel to stand trial. The teamwork and planning amidst great risk and pressure is central to the film.

Bird Box: Award for Resilience
Acclaimed Danish filmmaker, Susanne Bier, and starring actress, Sandra Bullock, team up in one of the most unique and artistic apocalyptic films you will see. The survival of a woman and two children in this dangerous world requires substantial bravery, perseverance, and creativity, driven by leadership, teamwork, and love.

The Burial of Kojo: Award for Positive Storytelling
African film (from Ghana) about a family that experiences a horrible loss yet the daughter finds a way, through oral storytelling tradition, positive reminiscence, the pursuit of the sacred, and positive reappraisal to keep the “magic” and memories of her loved one alive.

Searching: Award for Parenting
The entirety of this first-of-a-kind film is shown through the lens of social media platforms (from Facebook to chatting to Instagram to the cameras on the characters’ computers). The film’s messages reflect the dangers as well as benefits of these platforms. This film gets the award for parenting, not because of the parent’s drive for their child’s well-being, because of the important messages to parents to be savvy in social media, learn new technologies, and never quit on the journey of “trying to know” your child.

Welcome to Marwen: Award for Coping
Steve Carell portrays a man who uses extraordinary creativity along with slivers of curiosity to cope with debilitating PTSD following a brutal act of violence. He creates a symbolic world to cope with his intrusive thoughts, painful memories (and memory gaps), and to move forward on a path of healing and letting go. The film does not fall into the common cinematic traps of “love can conquer all mental illness” or superficial panaceas involving getting your mind right or fixed.

Bad Times at the El Royale: Award for Redemption
In this well-paced, story-driven film that is sometimes violent and always engaging, each character is on a path of redemption. Some make choices that are for the good to help others, while others do not. In life and in death, each character has a redemptive moment.

Can You Ever Forgive Me? Misuse of Strengths
Melissa McCarthy portrays a lonely, struggling writer with a limited capacity to connect with others but a high capacity for consuming whiskey. She misuses strengths (as opposed to overusing or underusing strengths) of creativity and social intelligence to lie and steal; this is because she uses strengths for negative or malevolent purposes, in this case, for the purpose of manipulating others to steal their money.

Prodigy: Award for Wisdom
A brilliant, institutionalized young girl is such a danger to others that the evaluating team has decided she must be euthanized. Her last hope is a psychologist who tries to truly “see” her and her suffering. Despite tremendous adversity and gamesmanship by the prodigy, the psychologist has to deploy great wisdom to save her. He is driven by curiosity in their interactions, creative planning, and upholding of the wider perspective.

Solo: A Star Wars Story: Award for Courage
Each of the central characters must bring forth substantial bravery, perseverance, zest, and honesty and struggle to maintain these courage strengths on their journey.

Pope Francis: A Man of His Word: Award for Humanity
Documentary by legendary German director Wim Wenders which highlights the humanity, virtues, and strengths-based messages of Pope Francis. The film is about pursuing the best of the human condition and highlights peace activism, poverty as the central spiritual teaching, the art of listening, zero tolerance for pedophilia, offering compassionate silence to people after a tragedy, and the adage that the more powerful a leader is the more humility is required. In the snippets of his speeches, a viewer can spot the majority of the 24 character strengths, especially humanity, temperance, and transcendence strengths. The viewer can see that these strengths can be the antidote to what the pope refers to as the spiritual “deafness” of most people, including religious leaders.

Ready Player One: Award for Justice
Central messages in this Steven Spielberg film are the strengths/themes of teamwork, fairness/unfairness, and leadership/bad leadership. The film is set in a futuristic society where most people live in a virtual reality called the oasis designed by a trillionaire who has died and left his fortune to whomever can figure out three hidden clues.

Crazy Rich Asians: Award for Temperance
Characters display strong levels of humility, self-regulation, and prudence and are contrasted with characters who show a blatant underuse of these strengths.

Alpha: Award for Transcendence
The transcendence strengths of appreciation of beauty and hope catalyze resilience in Keda, a coming-of-age boy in tribal Europe 20,000 years ago. After Keda is left for dead in a remote and wild terrain, his hope and appreciation of beauty strength comes full force as he preserves and nurtures an injured wolf. They form a bond that manifests patience and perseverance to help them survive.

We provide Amazon or IMDB links for most movies. We know there are many ways to gain access to these movies, but the reviews may be helpful even so.

Conversations Worth Having (Book Review)

Not a Partnership (Book Review)

Fantastic, thoughtful synopsis as always dear Ryan. I can’t imagine how much time it must take for you to comprise your wonderful list. I am extremely grateful and will save this list, watch the movies, and appreciate the time and effort you put into making your yearly decisions. You are the best!

Hi Ryan. Agree with Judy. Thanks for the great synopsis. I rarely watch movie but Bad Times at the El Royale looks like an great movie. Now I got free time to watch movie.