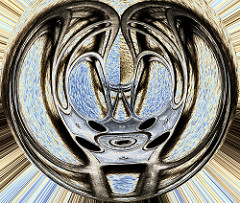 The Positive Psychology News Movie Award series is now in its 9th year of providing the best of the best positive psychology movies. I comb through popular, independent, and obscure films from the previous year in order to share with you these awards across positive psychology themes.

How might you use these awards? Here are a few ways:

This edition features the usual awards that I give each year, for example, the best for positive relationships, mindfulness, resilience, and signature strengths use. I have also done something new this year: I’ve given awards for each of the 6 virtues outlined in the VIA Classification of character strengths and virtues.

For the first time, my selection for Best Positive Psychology Film is aligned with the Best Picture winner at the Academy Awards. In what is described as “an adult fairytale” is a story with themes of love, sacrifice, tolerance, teamwork, and understanding amidst corruption, secrecy, and suspense.

A Ghost Story: Award for Resilience

Following an untimely death, the viewer sees the protagonist for the entire film as a white sheet, with two holes cut out for the eyes. Desperate to be around his loved one and in their home, he wanders aimlessly and cannot be seen or heard. He is stuck, unable to communicate or connect. Loneliness is captured. Desperation. Isolation. Helplessness. But the viewer can discover resilience. It is the resilient and tumultuous journey of letting go.

In the first wholly painted film, colorful swirls and distinctive lines for characters fill the film and accompany the voiceovers for the story of a postman’s son, who’s attempting to deliver a letter one year after the suicide of infamous painter, Vincent van Gogh. While disengaged from this task at first, the young man shifts to mindfulness and engaged effort as his attends to the people around him in his search for answers about the late painter. This parallels the viewer’s experience of mindful awareness of the unique beauty being shown on the screen. The ultimate positive psychology question is posed to the young man: “You want to know so much about his death, but what do you know about his life?”

This Oscar winning film (Best Animated Feature) is stocked with profound and inspirational meaning – especially around themes of family and human connection.

Everything, Everything: Award for Positive Relationships

If relationships are about connecting and supporting another person in reaching their ideal self or full potential, then this story of a young girl locked in her home with a rare immune disorder and her connection with her new neighbor, has much to teach us.

Three Billboards Outside Ebbing, Missouri: Award for Signature Strengths Use

A middle-aged woman creatively pursues justice for her raped and murdered daughter by bringing forth her signature strengths of bravery, perseverance, fairness, and honesty to fuel her actions.

In addition to brute strength and multiple intelligence (to play off the talent themes of Howard Gardner’s work), the character of Wonder Woman displays many wisdom-oriented strengths, certainly perspective/wisdom to do what is best for the world, critical thinking in seeing the details and exceptions in people’s arguments, curiosity and learning in her exploration of the world, and creativity in her fighting.

Unique story merging fantasy and reality about a self-loathing, alcohol abusing woman, who is dumped by her boyfriend, reconnects with an old friend, and suddenly begins to see a strange connection between her life in the United States and a monster that is destroying Seoul, Korea. The allegory involving her courage to face the monster represents her facing interior monsters relating to her alcohol dependence and her troubled past.

True story about a survivor of the Boston Marathon bombing and his real-life struggles with his family, relationship partner, and physical recovery. Look for a short scene, involving a gratitude exchange, that serves as a turning point for him appreciating the depth of the human condition.

A young girl forges a special bond with a creature that’s a cross between a pig and a gentle hippo, and stands up against a corrupt corporation. Her focus is a moral one: do what is right. She displays an unbending intolerance for what’s wrong (e.g., mistreatment of animals) and a persistent resistance to superficial agendas (e.g., a person trying to present to the public with “the right optics”).

An important tactic for learning is to learn from the opposite. Amidst true storytelling on rioting, looting, and police brutality, this emotional film covers racism, abuse of power, and ignorance through the lack of self-regulation, lack of prudence, lack of humility, and lack of forgiveness. Discover how to boost these 4 strengths of temperance by doing the opposite of what some of the characters in this film do.

On Body and Soul: Award for Transcendence

Fascinating and beautiful story of transcendence, love, and connection between two awkward people working in a slaughterhouse. The woman, a quality inspector with autism, and the man, a manager, discover they are connected transcendently through their dreams at night. Through synchronicities they learn about their connection, form a relationship, and save one another’s lives. Runner-up for Best Positive Psychology Film of 2017.

After 41 years, the classic hero’s journey of Luke Skywalker comes to a meaningful conclusion in nothing short of stunning, multi-layered, heroic fashion. The film features plenty of other heroic exemplars in the new trilogy stars of Rea, Finn, and Poe.

A 90-year-old man living alone embodies a steady routine of going to a diner, doing crosswords, taking one phone call, getting items at the local store, doing yoga, and going to a bar. His choices are not always healthy, but he’s consistently around people and trying to learn (e.g., learning to self-disclose, to challenge himself, and to face his loneliness). Look for positive aging metaphors in the film such as a turtle and a large, imperfect cactus.

Short film about a man traveling for work to Japan who continues to run into a fellow American. The viewer learns of a shared tragedy of this couple and their creative ways to cope, find moments of joy, and search for ways to find happiness following the unimaginable.

Two WWII veterans return to their respective homes in a delta farming community of Mississippi where racism and discrimination pervade. Despite differences in race, status, and familial background, they form a friendship. This friendship helps each overcome trauma and despicable discrimination, and eventually seek love and freedom.

Two well-constructed animated films bring clever humor and engaging plots to a variety of themes such as the father-son relationship, appreciation for mother, environmental friendliness, creating peace, and the “superpower” of making others better. Both films embody the idea that without teamwork, there will not be success.

The Circle: Award for Integrity

In an environment of technology and paranoia, secrets sustain an organization. A new employee challenges the system in a film where The Truman Show meets the Netflix series Dark Mirror. This film triumphs around the importance of transparency, bravery, leadership, and ultimately integrity.

Minimalist Icelandic film about a young couple vacationing for 5 days in Iceland who suddenly realize they are alone in what might be the apocalypse. They awaken with no people around them, dead or alive. Electronic access is gone. With no future, no information, no clues to go by, and existing in a stark environment, one of the two protagonists is still able to find optimism. To uphold optimism amidst various existential issues (aloneness, isolation, freedom, meaninglessness, loss) is significant.

In what might be the most stunning, unforgettable, and challenging film of the year, and coming from one of the greatest filmmakers alive, Darren Aronovsky, is this highly allegorical film about a couple that moves into a dilapidated mansion. A variety of problems and selfish people come into their lives, none of whom seem to know anything about character strengths use!

Battle of the Sexes: Positive Sport

Get Out: Strengths Use

We provide Amazon for most movies. We know there are many ways to gain access to these movies, but the Amazon reviews may be helpful even so.

I love everything about this article! And I love how this year you have an award for overuse – I don’t remember that in previous years! Love that you have one for each virtue…. and neat that your top one overlapped with the Academy Awards this year.

This article is one of the articles I most look forward to every year! THANK YOU!

Thanks for the positive observations, Senia. This is always a fun article to write as I track this stuff throughout the whole year. Hope you enjoy 1 or 2 of these movies soon!