The Positive Psychology Movie Awards for 2016 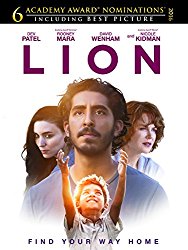 We provide Amazon links for each movie. We know there are many ways to gain access to these movies, but the Amazon reviews may be helpful even so.

How would the Oscar ceremony go if it focused on positive themes in movies? 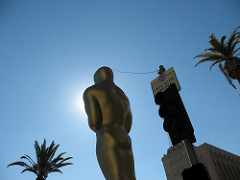 Time for Movie Awards
Now in its 8th year, I’m happy to share my observations of the best movies using the science of positive psychology as a lens. In other words, if researchers/practitioners in positive psychology were the ones to give out Oscars for the best films, this is what they might say.

That is the perspective I take each year as I review a wide range of movies, studying them using the criteria of a positive psychology movie, separating the wheat from the chaff, and highlighting those exemplars that have something important to teach us.

Movies, more than any other art-form, capture the human spirit: what it means to live fully, to be resilient, to embrace what’s best in us. In short, positive psychology movies reflect and help us unleash our common humanity. At best, the following films inspire us to reach new levels of human potential; at worst, they are instructive and entertaining.

This film captures and evokes nourishing and afflictive emotions in the viewer, offers insight into what is best and worst about human beings, and highlights the persevering effort, adversity, and triumph of the human spirit. The film, based on a true story, shows how the impossible is not so. We are guided by the film’s music, which is anticipatory in tone, mirroring those anticipatory emotions viewers feel as we long for the reconnection of a family that has been split apart.

Award for Meaning: Kubo and the Two Strings

This runner-up for Best Positive Psychology film should be required viewing for anyone wanting to look beyond the surface of life. Through its animations, it is poignant, emotional, transcendent, and deep. It highlights central themes of positive memory, impact of storytelling, longevity and energy of family connections, facing life transitions, taking courageous actions, and especially, finding meaning in both life and death.

This is a true story of two young priests who journey to find their mentor in 17th century Japan when Christians were tortured and executed for their beliefs. The novelty of not only the modalities of torture but also the energy of resilience is palpable.

One of the year’s best films offers deep lessons about fairness, authenticity and fighting for what is right, in this case, fighting for individual and collective freedoms against a male-dominated system at NASA in the 1950s. The entire system resists the brilliant minds of three African American females but their perseverance pays off and has a direct impact on the U.S. space program.

The protagonist, a language expert, comes to learn that despite her being able to live in the present and see the future, what really matters is the present moment. She discovers the ultimate mindfulness path: she learns to let go of the future (and in her case, letting go of the negative things that will happen) and appreciate the present moment. This is metaphorically portrayed through her connection with aliens that teach her a universal language for communicating.

Award for Heroism: Rogue One: A Star Wars Story

The Star Wars franchise, in part based in Joseph Campbell’s mythology and the hero’s journey, maintains this theme in a film that highlights the story of a young woman’s journey to free herself, find her father, and save the galaxy from evil atrocities.

Never proselytizing and only expressing his religious freedom, Desmond Doss is a conscientious objector during World War II. He objected on the grounds of his Seventh-day Adventist faith, but wanted to serve in the military as a medic. He perseveres in his objection, remarkably both in training and at war, and heroically, single-handedly saves the lives of 75 men left to die on the battlefield. Exhausted and under fire, after each man he saves he turns in prayer to God, exhausted, saying, “Help me get one more.” And, he did… 75 men later.

Award for Positive Relationships: The Intervention

Award for Transformation: Train to Busan

From South Korea, this zombie apocalypse film offers tremendous insights for enthusiasts of positive psychology around mindfulness/mindlessness, unconditional love, positive/negative relationships, empathy/disempathy, and courage/cowardice. Observe the protagonist through the lens of kindness (and lack thereof) and witness his transformation in his relationship with his daughter from complete disengagement to full (i.e., maximum) use of kindness/care.

Award for Signature Strengths Use: Jackie

Immediately following the assassination of President Kennedy sitting next to her in their car, Jackie Kennedy navigates profound grief with her signature strengths of perspective, self-regulation, and prudence. She elevates these strengths through the lens of her leadership strength. Interestingly, her strengths use at this horrifying time of her life far exceeds her strengths use two years prior in the early days of her time in the White House during a different kind of stressor.

A self-sustaining, family utopia relying on interdependence and teamwork as they find survival, wisdom, pleasure, and engagement in life deep in the forest, begins to unravel after they learn of the death of a loved one. They must find a way to improve upon their “team” mindset in order to survive and thrive as a unit.

Award for Morality: Eye in the Sky

The film opens with a quotation from Aeschylus: “In war, truth is the first casualty.” The film attempts to fairly depict and grapple with moral dilemmas and how various systems and levels of authority engage with the truth; leaders must decide (and follow protocols) around whether or not to destroy a compound containing two suicide bombers preparing to attack (as well as 3 of the top 5 most wanted terrorists), at the expense of killing innocent bystanders and civilians, which include a young girl selling food for her family.

Documentary of a former professional football player who is diagnosed with the degenerative, neuromuscular disease, ALS, at a young age. To leave a trail of wisdom and love for his young son, he has his mental, emotional, physical, behavioral, and spiritual journey filmed. Deep themes of positive parenting as related to savoring, meaning, and living life with intentionality can be found. The film might be viewed as a companion to the story of Randy Pausch, the professor/author of The Last Lecture.

Movie Images not shown above:

McCarthy, J. (2011). The positive psychology of zombies: The power of perseverance. The Psychology of Well-being.

Terrific article that whets my appetite for movies and helps me hone in on positive psychology. Can’t wait to get my popcorn popped and my eyes for fascinating learning moments. Thanks so very much Ryan!Your commentary is a unique treat.

Thank you for this wonderful, provacative story highlighting contemporary movies and character strengths. Love your work and appreciate your bringing this to light. It’s always a treat to read your annual list, Ryan.

Dear Judy and Elaine, thank you for your feedback…I’m learning each week that there are many readers of this annual column that I was previously unaware of. Glad to know you are two of those people! I’ll keep at it. Thanks very much.

For what it’s worth, these would be my rank-order of favorite and personally-impactful, PP films of last year (in case you don’t know where to start).

Collectively, these 5 films were awarded a total of only 1 major Oscar.

What is your top PP movie(s) of the year?

I read everything of yours, dear Ryan. Or I hope I do. I also suggested, today as a mater of fact, to the students at my MentorCoach Positive Psychology Coaching course they read you, too! I appreciate your creativity and thoughtfulness. Deep gratitude always.