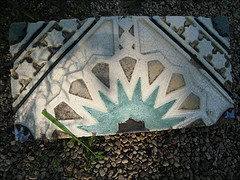 We provide Amazon links for each movie. We know there are many ways to gain access to these movies, but the Amazon reviews may be helpful even so.

For those attending the International Positive Psychology World Congress next week, Ryan is hosting the IPPA movie night event on Saturday night.

Get your Netflix queue ready. Fire up the On-Demand services of your cable TV. Because it’s time for an annual PPND tradition since 2009, the positive psychology movie awards!

These awards go to films that offer some of the best portrayals of key themes in positive psychology.

2014 was a very strong year for positive psychology movies. Here are the winners:

Part science and science fiction, this film seems to have it all – romance, drama, adventure – and all the themes of PERMA in spades. Weave in poignant themes about having to stick with one’s difficult life choices, the psychological struggle to face death, and the painful yearning for one’s loved one who is out-of-reach, and you have a film that is rich in helping viewers better understand the human condition. If approached mindfully, the film raises the substantial life question for viewers, “What matters most?”

Award for Positive Relationships: The Fault in Our Stars

The relationship between two young adults suffering with a terminal illness is beautifully portrayed as each shows what it means to truly be there for another person. Viewers will learn many life lessons from this film, especially around themes of human connecting.

Depicts a snippet of the life of Martin Luther King, Jr., who embodied non-violence and positive leadership to significantly advance human rights. Despite high risks of violence and danger, he is frequently shown taking pauses and not reacting in order to maintain mindfulness, a self-regulated rootedness in the present moment that is open and curious. Also true to research in mindfulness, he stays true to his signature strengths of fairness, bravery, perspective, perseverance, and kindness.

Award for Achievement: The Imitation Game

Could one man have simultaneously been a catalyst for winning WWII and paved the way for the creation of modern computers? This film, based on professor and genius mathematician, Alan Turing, depicts this. Turing faced the German encryption device and solved the unsolvable by breaking what was believed to be an unbreakable code. Turing’s creativity, perseverance, and judgment/critical thinking are on full display as he bravely accomplishes a feat “by imagining the unimaginable.”

One of the best depictions of strengths overuse in film history as the film portrays a dystopian society divided by factions (similar to the VIA virtues) in which the people in each faction must solely use only one virtue (e.g., courage, wisdom, humanity) which therefore leads to virtue overuse and many problems. This inspired me to publish an article on 10 principles of character strengths overuse. Equally important, this film is about a subgroup of people who are divergent. They are able to express many virtues at once. We know these as character strength constellations or combinations.

As a psychiatrist goes on a personal journey to discover happiness, he journals about the many factors he believes contribute to happiness. Interesting film to discuss the level of scientific support for each of his findings.

Awards for Resilience: Unbroken and The Railway Man

Two true stories based on men who were tortured during World War II and overcame unthinkable obstacles to transcend their suffering and trauma. Each takes it a step further and expresses compassion and forgiveness for those that tortured them.

Award for Signature Strengths Use: The Theory of Everything

The peaks and valleys of the relationship between celebrated physicist Stephen Hawking and Jane Wilde are on full display for us to spot a myriad of strengths. Both remain true to their signature strengths (positive identity). Stephen is adept at wisdom strengths such as curiosity, critical thinking, and love of learning, while his wife is exemplary with her persevering kindness, forgiveness, and love.

In perhaps the most cinematically creative film of the year comes an interplay of several characters who are lost, disconnected from who they are. They prioritize their talents and give little or no attention to their character strengths. Because of heavy displays of narcissism, need for admiration, self-involvement, and grandiosity the characters display strength blindness around humility, teamwork, self-regulation, prudence, forgiveness, and fairness.

A talented drumming student encounters an emotionally abusive teacher who insists on “driving” his students “beyond what they are capable of seeing.” The student, blinded by success, overplays his perseverance and self-regulation to the extreme; his vision is stubborn, rigid, over-controlled, and single-pointed to be the best drummer. This comes at the cost of having no friends, a break-off with a meaningful relationship, constant battles with his teacher, and eventually exploding in a tirade that expels him from school.

Misuse (as opposed to overuse) occurs when an individual deliberately uses their strengths to harm others, break the law, and/or behave immorally. A creepy, lonely man (played by Jake Gyllanhaal) develops a talent for taking provocative videos of tragic accidents usually involving the death of others so that he can sell his video footage to newsrooms. He uses creativity as he lies and manipulates others to get the best news stories. He also uses social intelligence in a calm and calculating way. Other strengths that are used for selfish purposes at the expense of others include zest, perseverance, leadership, love of learning, curiosity, bravery, kindness, self-regulation, and appreciation of beauty.

Award for Flow: Life Itself

Documentary on legendary film critic Roger Ebert that teaches the viewer many ways Ebert engaged fully in life – passionately using his skills to connect and achieve while always challenging himself (and his readers).

Awards for Teamwork: Big Hero 6 and Maya the Bee Movie

Animated films seems to win this category every year as such films are adept at bringing several different characters together for a common purpose. Each character brings unique strengths forth to help the group reach a goal, save the planet, or manage tense relations. The approach of such teams is not to harm others, to bravely take risks, and to support one another.

In this independent film about a chef who revitalizes his relationship with his son, the son creates a short project that could be likened to a positive intervention. Using only his phone, he creates a positive video montage that is 1-second-per-day of footage as he and his father bond and work together over a period of several weeks. The result is nostalgia, positive emotion, motivation, and deeper connection. 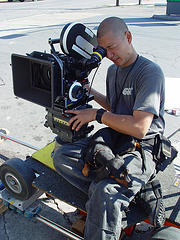 I loved The Theory of Everything! I saw an immense amount of bravery and hope portrayed by Stephen and his wife. Truly inspiring!

I agree, Kelley. I think you could easily use that film as a teaching tool to educate students about strengths-spotting, the uniqueness of signature strengths, and various other strengths concepts.

I think viewing movies, such as these examples is a great way to apply concepts that may be learned in a Positive Psychology class. I am now interested in watching the movie Divergent after reading about how VIA strengths appear throughout this movie. Viewing these movies as assignments would be a fun, interesting, and educational way of finding the application of Positive Psychology concepts.