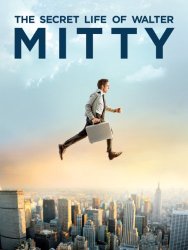 We provide Amazon links for each movie. The picture links to the streaming form, while the title links to the boxed DVD. We know there are many ways to gain access to these movies, but the Amazon reviews may be helpful even so. 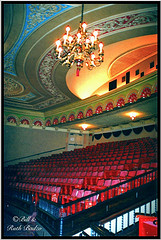 Missed it in the theater?

Now is the perfect time to take a look at those recent award-winning movies you missed in the theater by heading to your local Redbox or video store, checking your cable On-Demand options, or adding some good films to your Netflix queue.

Positive psychology films portray the human condition which is not always pleasant and upbeat. Some positive psychology films are intentionally raw, dark, and emotionally riveting while others are lighthearted and fun. A common thread seems to be the attempt to portray the human condition and shine light on what is vulnerable, authentic, conflicted, and beautiful.

Each year, I am pleased to announce these Positive Psychology Movie Awards on PPND. What follows is my subjective analysis as a positive psychologist who enjoys watching movies from a lens of strengths. Note there is some selection bias due to the time it takes for most international films to become widely available.

Award for Best Positive Psychology Film of 2013:
The Secret Life of Walter Mitty

There are a host of interesting positive psychology themes that serve as teaching tools for the classroom, for the coaching/counseling session, or for self-development in this engaging movie. Walter Mitty (Ben Stiller) spends his life as a photo developer going through the motions on automatic pilot, daydreaming scenarios of action he might take but inevitably does not. In his fantasy world – which the film creatively displays – he is adventurous, brave, and altruistic, but not in his real life. Following a threat to his job security, Mitty takes action and goes on a global journey representing the human quest of yearning and pursuit of life purpose. Recent research has examined three pathways by which people pursue life purpose (i.e., proactive engagement, reaction to a significant life event, and social learning) and while all pathways align with greater well-being, only the proactive pathway links with greater openness to experience and agency. Mitty finds his purpose by proactive action that is deliberate and meaningful. Mitty’s proactivity shifts him from mindless to mindful. He begins to take charge of his life.

Award for Positive Relationships: Before Midnight

Independent filmmaker Richard Linklater’s third installment of films featuring Jesse (Ethan Hawke) and Celine (Julie Delpy) and the highs and lows of their relationship (see also Before Sunrise and Before Sunset). This “dialogue film” offers deep conversation, the sharing of honest truths and core fears, intimate connections, and experimentation with novel approaches to foster intimacy. Numerous strategies to use (and avoid) for building a positive relationship are on full display in this film (for 5 research-based examples, click here).

Award for Happiness: The Great Beauty

In one of the most sophisticated movies of 2013, this Italian film offers multiple perspectives on happiness, regardless of your theoretical preference. From the lens of an aging, wealthy protagonist reflecting on his life and searching for answers, we learn about hedonia and eudaimonia, about pleasure, engagement, and meaning, and about PERMA.

Award for Mindfulness: About Time:

Although marketed as a standard Hollywood film with a star-studded cast, the power of this film will sneak up on you with its undercurrent of themes around the importance of mindful attention, mindful living, and savoring experiences of those you care about.

Award for Use of Signature Strengths: The Butler

Forest Whitaker portrays Cecil Gaines, a White House Butler who served for eight presidents through the civil rights movement, Vietnam, the Kennedy assassination, and other major events. Gaines’ signature strengths of prudence, humility, perspective, and self-regulation are consistent over the decades. Viewers can learn from the integrity of a man who expresses these core aspects of his identity through a wide range of obstacles.

The tagline for Alfonso Cuaron’s space adventure film is “Don’t let go.” This captures a practical theme in the film relating to astronauts holding onto a lifeline following a catastrophe in space. Ironically, the protagonist, Dr. Stone (Sandra Bullock) must do the opposite of the message of this tagline in order to survive. It is in letting go that she is able to not only face her suffering directly but also embrace a new reality. Without both of these steps – the mindful confronting and embracing – letting go would be less feasible.

Award for Strengths-Spotting: Cutie and the Boxer

This documentary of two creative Japanese artists living and working together in New York City, offers the viewer an opportunity to practice the skill of spotting character strengths. One artist dips his boxing gloves in paint and expresses himself by punching his canvas repeatedly, sometimes in front of a live audience; his wife creates a series of provocative cartoons based loosely on the themes of her life experience. Themes of independence, freedom, relationship tension, and a love-hate relationship with art allow for the emergence of many character strengths.

Award for Overcoming a Problem: The Croods

Animated film about a family living in the stone-age, operating purely in a fight-or-flight mode of survival, driven by fear. The father actively discourages the use of bravery and curiosity, believing that these attributes can only lead to danger. When their home/cave is destroyed, they have no choice but to turn to other strengths. The film offers a strong portrayal of exposure (the evidenced-based treatment for anxiety), the dangers of strengths underuse and overuse, and the triumph of balanced strengths deployment, championed by the daughter in the family.

There is much to learn from characters who deliberately use their character strengths to the detriment of others (for malevolent ends). Seemingly countless films exhibit this phenomenon. The character exhibited by Meryl Streep in this film uses her curious questioning and social intelligence to perceive vulnerabilities and attack multiple family members with poisonous words and reckless abandon. She is, what positive psychology philosopher, Blaine Fowers, would refer to as a person of “vicious character.”

Finding the optimal expression, or golden mean, in the expression of our character strengths is a challenge we face each day. This film, acclaimed as the best Superman film since the original, displays the young Superman testing his powers and realizing he is much stronger than he thinks. Through practice and self-regulation, he is shown bringing his strengths into balance.

Well done, Ryan. I was so fortunate this year in Puerto Vallarta to go for a long bus ride to Guadalajara, MX. Why? We got to watch 4 movies you mentioned here. Maybe all were pirated, not sure, but what a luxury.

Thanks for spotlighting strengths as well as your own curiosity, constructive/critical thinking, kindness, love, appreciation of beauty and excellence…and I could on and on. I wait for your blog every year. Big hugs of thanks and deep appreciation.

I do hope you deduct all your movie tickets on your income tax!

Yes, these are right on! I look forward to this column every year…I have lots to add to my online movie account. Thanks.

Oh yeah, and what about the movie Divergent? That seems to have a lot of themes that relate here…