The Positive Psychology Movie Awards for 2012

I have several hopes in maintaining this annual PPND tradition of giving Positive Psychology Awards to movies made the previous year:

Here are some of the best films that offer substance and meaning from 2012.

This film marks one of those rare instances in which the film is probably better than the book. While it might be unfair to compare media, the public does this routinely and films almost always are inferior to books. Life of Pi, the film, is a visual feast in which virtually any theory, strength, or topic in positive psychology can be found. Viewers who have appreciation of beauty/excellence as a signature strength are destined to love this film. The film is a parable on goodness, spirituality, and meaning.

There can be a fine line between achievement and tragedy. Without the full expression of the strengths constellation of creativity, bravery, and perseverance, the CIA operation to create a “fake movie” in order to help hostages escape from Iran decades ago would have ended horribly for the hostages.

The Perks of Being a Wallflower: Award for Acceptance

If you are looking for themes of self-acceptance (being true to oneself), being and feeling accepted by others, or compassion/self-compassion, check out this heartfelt film.

The Sessions: Award for Vulnerability

Vulnerability and transparency are key factors in healing and in the therapeutic and coaching relationship. See the qualitative research of Brene Brown on the benefits of being vulnerable. Helen Hunt is not only nakedly vulnerable but her character and a man living in an iron lung take enormous risks, emotionally and psychologically.

There is a dearth of healthy portrayals of mental health professionals in films because the cinema loves to accentuate stereotypes of psychologists and psychotherapy. It’s no exaggeration to note that Steve Carell’s character is one of the best, most balanced portrayals of a psychologist, in this case a marital therapist, in film history.

Change is difficult, especially for Pat Solitano (Bradley Cooper), who attempts to adjust to his new life after being released from a psychiatric hospital and must cope with his bipolar illness, unemployment, medication regimen, and the reality that his ex-wife will not take him back. This is a recipe for either another deteriorating mishap or a personal transformation.

Beasts of the Southern Wild: Award for Resilience

A six-year-old girl, Hushpuppy, faces enormous obstacles: the loss of her mother, the abuse and alcoholism of her medically ill father, extreme poverty, a lack of resources, food, clothes, and quality housing, and living in an environment suffering from post-Hurricane Katrina. Nevertheless, Hushpuppy is a survivor, coping with these beastly conditions and facing all the “beasts” around her.

This film offers a breadth of opportunities for those who want to practice the skill of strengths-spotting. All 24 character strengths can be spotted in this hodge-podge of interesting characters who travel to India to escape, find themselves, find someone else, rekindle a marriage, or rekindle their purpose in life.

In this whimsical Wes Anderson film, two adolescents form a close relationship despite their quirky, isolative tendencies. They express love, creativity, and bravery as their new bond melts the suffering of years of being the outcast.

A wealthy paralyzed man and a thief form an unlikely friendship as the former expresses perspective, love of learning, and perseverance while the latter exudes humor, honesty, and creativity. The result of this strengths concoction is love.

This refers not to the depiction of mindfulness or meditation but to how the film keeps the viewer on his or her toes; the viewer is always present that he or she is watching a film which is at times mysterious and surreal, touching and empathic, and disturbing and disgusting. This interesting film helps the viewer practice mindfulness of personal emotions. 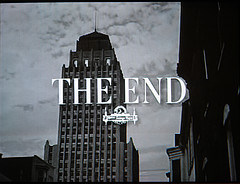 This is wonderful, Ryan! Just to have seen all these movies in one year must have stoked your every value and character strength. Having been in MX and unable to see most of these movies, your blog sent a “EUREKA!” to my heart. Watch out Netflix, as we will be coming back to the States soon. I now how even more fun to look forward to.

I did get to “The Best Exotic Marigold Hotel” and loved it so much I watched it twice. Getting up into age, whatever that really means, this movie put a huge smile on my face. Wisdom, courage, tenacity, etc. It is fun to spot all 24 strengths in action.

Thanks for your diligence and love and kindness, and on and on for enlightening us with your talents and movie passion. I am committed to joyfully watch every one of these movies!

The most interesting thing is that it seems like we can take something positive from any movie if we have the right perspective.

Cool awards. I especially liked Silver Linings Playbook and Argo. As a university professor, I used those films as examples to illustrate elements of positive psychology. Films are such amazing teaching tools!

I noticed you did not include Django Unchained in the list. Too dark? Too violent? What do you think?

Thanks Judy and Suzanne. Glad to contribute to some of your movie lists!

Dark films can absolutely be positive psychology movies, especially those that speak to the human condition (e.g., The Hours; House of Sand and Fog). Such movies are riveting and we can learn a lot of what it means to be human attempting to tackle the trials and tribulations of life from them.

In terms of Django Unchained, I’m a big fan of Tarantino and always find his films entertaining. Thus, they are pleasurable and engaging (for me) to watch. I typically, however, do not find his films as high on the meaning-enhancement level. This is not to say that a viewer cannot find them meaningful, but when a director gives first priority to stylized violence, they tend to have a different agenda. In Django, one can find themes of fairness, freedom, resilience, and creativity, to name a few positive psychology elements.

Thanks, again, Ryan. Now why not YOU on TV doing the PP slant to movies?