The Positive Psychology Oscars of 2011: Elements of Flourishing 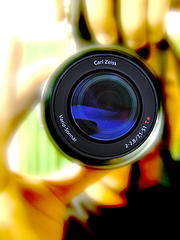 Editor’s note: This is the third year that Ryan Niemiec has prepared us for the Oscar award celebration — this Sunday, February 26 — by nominating movies for positive psychology awards.

As co-author of Positive Psychology at the Movies and scientist at the VIA Institute on Character, Ryan is perfectly placed to suggest positive psychology movie awards. This is part 1 of the 2011 positive psychology Oscars. Come back tomorrow for the awards for character strengths—and the best picture award.

Positive psychology movies are not only the lighthearted films that inspire and elevate us, but also the movies that teach us something about the human condition, help us face suffering, and shine a light on pain and tragedy. You’ll see a mixture of both types of films in my offering of the Positive Psychology Movie Awards for 2011.

[Disclaimer: This selection includes some but not all of the best films of the year. Note that access to certain independent and international films is limited in the United States.]

Extraordinary film about a father who is an illegal immigrant to the United States and a single parent struggling to find work. His adolescent son is looking for outlets and is slowly getting taken into the gang world of Los Angeles. The father makes conscious shifts in his life to connect more with his son and express his love more clearly.

This shift makes all the difference. The movie shows how a positive relationship can save a life.

Oscar for Resilience: The Help

The film is about having a mindset of fairness and kindness that drives the expression of bravery and perseverance.

Roko Belic directs this positive psychology documentary that brings the science of happiness to life with engaging stories, interviews, and keen insights from cross-cultural perspectives.

Those that missed World Happy Day, check out The Happy Movie site for information about big-screen showings.

Mindlessness pervades two male protagonists. One (Ryan Gosling) is locked in routines of womanizing, while the other (Steve Carell) is mindless and lacks spontaneity in his marriage.

Each man has a wake-up call to become more mindful about what really matters and what it means to be in relationship with another.

Oscar for Engagement (of viewer): Carnage

Four of the world’s top actors (Jodi Foster, Christoph Waltz, Kate Winslet, John C. Reilly) collide in this highly engrossing exhibition of conflict. It is viewer engagement at its fullest. Multi-layered tensions emerge between each dyad, exposing vulnerability and the raw fact about humanity that we each have a breaking point. This Roman Polanski film exhibits ways that positive psychology can learn from that which is negative.

Oscars for Achievement (by a director): The Tree of Life and Melancholia

Both films integrate breathtaking, surrealistic images with tragic, painful plot lines. Unlike the directors, both films exhibit characters that fail in achievement due to inherent deficits. Whereas Victor Frankl spoke of a tragic optimism where individuals are able to turn suffering into accomplishment, these characters wither in their suffering.

Conclusion:
Come back tomorrow for movie selections that exemplify character strengths and for my nomination for the 2011 best picture.

Images
The movie images are from Amazon and serve as links to Amazon to order the movies.
Movie camera courtesy of Shazeen Samad

The Sandwich Generation: Looking Both Ways

I loved the movie The Help. I hope it wins something this Sunday! Bravery was front and center. The characters of Aibileen and Minny portrayed the utmost courage at a time when it would have been easier to shrink in fear. It is a strength that is rooted in their soul. Also, the character of Skeeter risked lifelong friendships (which at her age seems impossible) to stand up for what she believed in. This movie could encourage other young men and women to stop and think about times they may have “followed the crowd” and done something they weren’t proud of; maybe it will give them the courage to follow their gut the next time.

I don’t watch many movies but I love the idea of prioritizing the positive and strong in movies, especially with the Hollywood focus on violence and action. And these categories are interesting….I’ll come back tomorrow to see what else you come up with. My vote for best picture would be The Way – Emilio Estevez film about a father who loses his son and walks El Camino.

Terrific and one of these days We need to see you with your own media TV show, Ryan. Thanks for your always relevant synopsis.
I loved the pluck and self efficacy reflected in The Help. I true blue feel good tribute to courage and righteousness.

Thanks much, Ryan for another review in the spotlight.

I really appreciate how Ryan “lives the talk” – his analysis of these movies makes me want to see them and to better identify strengths in the characters. Even with a movie like Carnage, which I would typically avoid, I am drawn to see to better understand the strengths that are exhibited (or missed).

Would love to sit back with a big bowl of popcorn and have a movie marathon with Ryan offering commentary!