Reflections on the Humanity of It All: The VIA Interviews, Part III

As a psychologist, I observe people. As I interviewed 16 positive psychology leaders under a watchful video crew, I observed my own processes as well as the men and women who shared their expertise and passion for positive psychology. My best summation is that a humanness emerged from the interviews – a common humanity revealing the researcher outside of the research lab and the practitioner outside of the therapy or coaching office. Here are a few highlights, each universal in its own right:

Editor’s Note: This is the third article in a 3-part series of Ryan’s highlights from interviewing 16 positive psychology leaders (Part 1 and Part 2). The video interviews will be shown at the VIA Intensives (two-day seminars offered this fall in Chicago and Washington, D.C., Sydney and Melbourne). Click here for more information about the VIA Intensives.

Story
Mihaly Csikszentmihalyi described a dramatic flow experience his brother had looking at a crystal for 14 hours straight without awareness of time passing. Tayyab Rashid told a story of how he used a strengths approach while he was held at gunpoint in his hijacked car, being forced to speed through traffic lights. Neal Mayerson shared his initial conversation with Martin Seligman that eventually lead to the creation of the first classification on positive character – part of which involved Neal being distracted by beautiful art as the two men meandered through the Philadelphia Art Museum. While strengths can be spotted in these stories, more important is the humanness that emerges in the sharing of the nuances of the events, and in turn, the humanity elicited in the listener hearing it told. 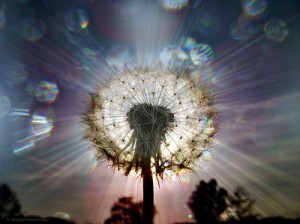 In every interview, I could feel a palpable energy, from each of these individuals wanting to contribute to VIA, to help in some way. It manifested as a desire to support the training of practitioners, whether they be coaches, psychologists, business leaders, human resource managers, nurses, or other professionals. I came away believing that the depth of care and perspective each leader showed for future generations of positive psychology practitioners bodes well for our field.

Many leaders shared humor as a strengths. In between jokes about his “mum,” Australian coaching researcher Anthony Grant discussed the latest coaching research and the importance of coaching psychology maintaining its integrity. Cross-cultural researcher Robert Biswas-Diener shared his feeling of elevation and admiration for comedians and the courage they show in performances that attempt to tap this strength in audience members.

The question I asked that brought about the longest pause from many of the leaders was, “Who is a paragon or role model that influenced you either professionally or personally, because of the character strengths they embodied?” The question brought some interesting examples, such as Nobel Prize winners. However, the most frequent response given by these leaders was someone in their immediate family – wife, husband, or parent. This shows that for the individual, positive psychology starts in the home and is crucial since most human behavior is learned observationally through modeling, as Albert Bandura has found.

Colleagues have asked me about my experience interviewing the leaders and how I kept the 16 interviews straight. The short answer is I turned to my strengths. More specifically, I allowed my curiosity to unfold in the flow of questions, used perspective in continuing to step back and see the larger context and purpose of the interviews, and experienced appreciation of beauty and excellence of the stellar thinking and ingenuity of the theory, studies, and practice being discussed.

Although I was not aware of it at the time, perhaps love came across in a way similar to what close-relationships researcher Shelly Gable discussed in her interview when asked about love in the workplace. Gable explains that love involves three components – the person feeling understood (i.e., you get me); feeling validated; and that this is conveyed in a caring manner.

At the same time, my two lowest strengths, humor and kindness, were readily tapped – I laughed, teased, and made light of the situation when someone was nervous. And undoubtedly I was perceived as kind when I brought the leader a cup of water, attempted to clearly explain the purpose of the interviews, and took steps to ensure the person was comfortable throughout the process. Thus, we can call forth strengths, wherever they fall in our profile of 24, as the situation demands it.

No Character Strength Acts in Isolation 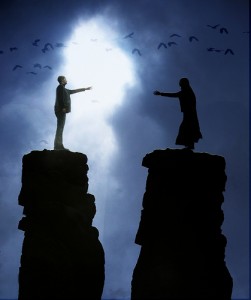 To consolidate these last few points, I wish to point out that character strengths rarely act in isolation; it is the combination and mutual reinforcement of strengths that matters. Also important is that strengths are on a continuum. When Christopher Peterson and Martin Seligman discuss “selective absence” as one of the 10 criteria of a character strength in Character Strengths and Virtues, they are noting that in particular situations, individuals lack a given strength. But this does not mean that the person has an overall level of “0” on the strength in his or her life. For example, an adolescent beating up a peer in his class may have a selective absence of love in that experience; however, at the same time, he might have a deep level of love for his parents and other friends.

Consider a couple more examples from the interviews. While saying he is not high on the strength of humility, Todd Kashdan displayed modesty as he drove home the point that many great curiosity researchers came before him. Courage researcher Cynthia Pury noted courage is not a signature strength, but even if bravery happened to be number 24 for her it would not be at a zero level. Quite the contrary since it takes courage to do the research she does and to do an interview in front of a video crew.

It is clear to those interested in positive psychology that everybody has strengths; what is less often shared is the ubiquity that “we all have all 24 of the VIA strengths.”

The videos mentioned here will be shown at the VIA Intensive seminars.