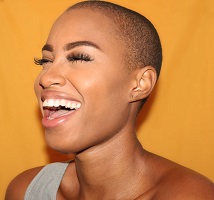 In Part 1, I talked about the leaders’ signature strengths. Today, I’ll focus on insights from leaders in our field about how the VIA Classification intersects with Martin Seligman’s original conceptualization of positive psychology during his address as President of the American Psychological Association: that it is the study of positive institutions, emotions, and traits.

Editor’s Note: This is the second article in a 3-part series of Ryan’s highlights from interviewing 16 positive psychology leaders. Part 1. Part 3. The video interviews will be shown at the VIA Intensives (two-day seminars offered this fall in Chicago and Washington, D.C., Sydney and Melbourne). Click here for more information about the VIA Intensives.

VIA and Positive Institutions 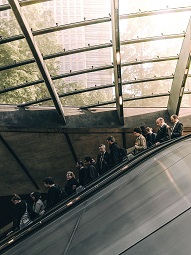 David Cooperrider is the founder of Appreciative Inquiry, a process for organizational development that’s widely used around the world. As I interviewed him for the VIA Intensives, David emphasized the need for positive institutions – namely businesses – to meet character strength to character strength: hope to hope, fairness to fairness, wisdom to wisdom, and so forth.

Jennifer Fox Eades is devoted to creating positive schools. Few consultants have done the extensive work that she has done in UK schools. She is in the trenches teaching character strengths awareness and enhancement to children and adolescents from early childhood through high school.

On camera, she shared with me several of her methods for changing the culture of schools. She works to have all the students come to understand all 24 character strengths through:

* Oral storytelling (e.g., having children name the VIA strengths they hear in the Hanzel and Gretel story);
* Strengths-based exercises (e.g., create a “fairness superhero,” a “gratitude superhero,” and so on); and
* Strength-based festivals (e.g., hope festival; from Fox Eades’ book on celebrating strengths).

It was inspiring to hear Fox Eades talk about how children as young as four love to learn new strength words (e.g., persistence and prudence) and apply them in their daily lives. Interestingly, the only strength in the classification she changed was social intelligence (changed to friendship).

VIA and Positive Emotions
Another core domain of study in positive psychology is the study of positive emotions. Three of the giants in this field weighed in. In his interview, Ed Diener described the mutual relationship between positive emotions and positive character as “a two-way street” – for example, those with strengths of forgiveness and kindness are more likely to be happy, and those who have higher happiness levels are likely to be kind and forgiving.

Extrapolating on the “how” of this interrelationship, Barbara Fredrickson used her broaden and build theory of positive emotions as a basis for her finding that “people who experience more positive emotions more frequently are on a faster trajectory of growth in terms of developing their character strengths.”

VIA and Traits through the Practitioner

The expert practitioners I interviewed spoke about character strengths applications directly to the camera, as if the coaches and therapists they were addressing were right there with them.

Positive psychotherapy co-creator Tayyab Rashid talked about his work with VIA strengths in individual and group psychotherapy. One point he emphasized was that good practitioners find ways to give equal weight in assessment to a given client’s positive and negative experiences. This is not standard practice among traditional psychotherapists.

Donna Mayerson, co-owner of Hummingbird Coaching Services, spoke about the importance of coaches helping each client sift away all the baggage and life obstacles to drill down to one’s core strengths, and “celebrate one’s essence.”

Harvard psychologist Carol Kauffman encourages executives to use the VIA to brand themselves. She describes the process of formulating one’s signature strengths into a one-minute branding exercise that serves as a powerful introduction and makes a unique impact at a job interview.

The videos mentioned here will be shown at the VIA Intensive seminars.

Enlightened Action as an Overarching Metastrength

Reflections on the Humanity of It All: The VIA Interviews, Part III