“That which is to give light must endure burning”
-Viktor Frankl

“Meaning” is a core concept in the study of character strengths – related to spirituality under the virtue of transcendence (Peterson & Seligman, 2004), as well as a major thread in the INPM conference and a facet of many of life’s burning questions. Most presenters endorsed the idea that what is most important is the “experience” of meaning, not merely talking “about” it. In each highlight below, I’ll speculate on the connection of meaning to the respective research area.

Roy Baumeister, Ph.D., is a leading figure on the character strength of self-regulation/self-control; he is well-known for his analogy of self-control functioning like a muscle (Muraven & Baumeister, 2000) in that when an individual acts for an extended period of time on one task, resources “fatigue” or are depleted. His research indicates that aggression results when both the self-control muscle has been depleted and aggressive impulses are present. While the debate on media violence and its impact on the individual has hardly been resolved, Baumeister presented some new interesting research on video games and its participants. Individuals who played a violent video game that had a prosocial goal for the violence were significantly less likely to engage in aggressive behavior after the game, than those individuals who played violent video games that had no prosocial goal or purpose for the violence. Meaning = having prosocial goals.

Robert Neimeyer, Ph.D., a leading authority and researcher on grief, death anxiety, and meaning, explained the majority of studies on death anxiety/attitudes over past decades has suffered from methodological flaws. Correcting for these flaws, he and his colleagues have made some striking observations. Neimeyer’s findings note those with greater past regrets have higher levels of death anxiety; self-worth, support, and religiosity were correlated with greater death acceptance. Neimeyer studies what predicts and accounts for positive and negative grief reactions, examining meaning-making practices such as sense-making, benefit-finding, and identity reconstruction, as well as the passing of time. In studying 157 parents who had lost a child to death, he and his colleagues (Keesee, Currier, & Neimeyer, in press) found that the passing of time makes a trivial contribution to predicting outcome; what matters most is what a person does with the time, that is, making sense of the loss. Meaning = finding ways to make sense of losses. 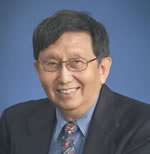 Paul Wong, Ph.D., presented papers on living with cancer, embracing death, and coping with grief. He considers these three areas the frontiers of positive psychology. He has focused his research and clinical work on existential/religious coping, death acceptance, and the transformation of grief through meaning (Tomer, Grafton, & Wong, 2008). Wong, also the conference founder and coordinator, embodies the character strength of humor/playfulness. Striking an impressive balance between serious research, inspiring stories of painful persistence through cancer, and playful collegial banter, Wong maintained an approach of joy and good-humor, his smile lingering for an indeterminate amount of time after interactions. Meaning = embracing the vicissitudes of life.

Jeffrey Zeig, Ph.D., and Adam Blatner, M.D., master teachers and clinicians of the highest level, gave audiences “experiences” with their spontaneity and creativity. Both are renown protégés of two of the most influential psychiatrists in history: Milton H. Erickson and psychodrama founder, Jacob L. Moreno, respectively. Zeig spoke of ways to empower resilience in clients through imagery, hypnosis, and giving clients new experiences of themselves. 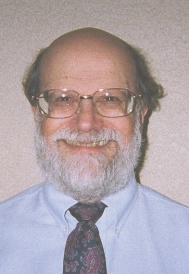 He reflected obstacles to resilience as evidenced in the research of Helen Fisher, an anthropologist who studies the neurophysiology of love by studying the emotional pains of rejected lovers; those in the first stage following a rejection – the protest stage – experience a rise in dopamine and norepinephrine leading to obsessing, rumination, and frustration making such resistance “metabolically expensive.” Blatner emphasized deepening one’s sense of rootedness through social connections, non-competitive games, and activities involving belonging. Echoing Peterson’s (2003) oft-repeated maxim, “Other people matter,” Blatner left the audience with an equally important adage, “Other people need you.” Meaning = being resilient and having social connections.

Other emphases included presentations by Salvatore Maddi, Ph.D., who discussed his extensive work on hardiness; an inspiring talk by widely acclaimed, award-winning, Canadian journalist/author, Pamela Wallin; and Viktor Frankl’s grandson, Alexander Vesely, a filmmaker and psychotherapist who spoke on real life lessons of logotherapy. The conference was covered by two local television news stations, which plan to broadcast many of the sessions this Fall.

Here are some practical applications for the preceding research:

“You’re A Good Packer.” Name a Strength and Make a Difference.

Wake Up and Notice: From Balance to Well-Being

Ryan,
Thank you so much for such a detailed, alive conference summary. I can completely feel as if I were there. I really appreciate hearing about some of the detail of the presentations, and who the speakers were.

I also liked a lot your conclusion for the four researchers you described: “Meaning = …” That’s a hard conclusion to come to – what Meaning actually equals, and to see four different ways of viewing that… I really enjoyed reading it, thank you!

This is a brilliant article!! Paul Wong’s very recent publication – Existential & spiritual issues in death attitudes is indeed awesome. I’d really love to be there and hear about more detail of his presentation as well as the rest of others’!! Thanks for your sharing!!!

Hi Ryan
Thanks for such a thorough and thoughtful piece about what was clearly a great conference – I got a lot from your summaries. It is always great to see positive psychology contributing to leading thinking in specific fields as here. Much better to think of how PP can contribute than how PP can enlarge. And it was great to see its contribution set within its historical context of the work of people like Erickson and others – as Froh wrote, “positive psychology will only self-actualise when it embraces its history.” On the day I read your excellent piece came also the news of Solzhenitsen’s death – I always treasure a particular line from one of his characters which seems relevant “What do you mean you don’t have time. If you don’ have time you are not living right; change at once or you’ll perish.”
I am intrigued also by your extensive use of movies and was recently greatly moved by The Bucket List. My own daughter is off to New York to study Applied Theatre and its capacity to transform lives and communities – another field in which PP may contribute. I shall rush off to Amazon and buy a copy of your book on PP at the Movies!
Best wishes
Angus

Thanks very the kind and encouraging feedback, everyone. Angus, the quote from Solzhenitsen is poignant. I love the immediacy it commands.

I think The Bucket List – while not a great film from a critical standpoint (and I’m no critic) – is terrific in the way it encourages the viewer to face death anxiety and cultivate a character strength of meaning. It suggests that people can transform at any stage of their life in any moment. Great film for discussion.