Six Tips for a Happy Workplace 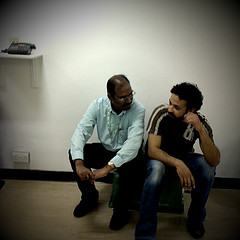 Rowan Green is a freelance writer and journalist reporting on politics, human rights, and science and technology news. His passions are civil liberties, data privacy, activism, and psychology. You can find more of his work at online science-news publication From Quarks to Quasars, or check out his LinkedIn profile. Rowan's articles are here.

Here are some tips from psychological research for achieving workplace happiness: 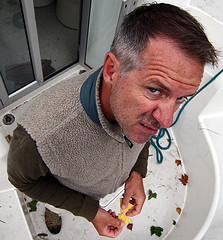 A 2014 study by the Workplace Bullying Institute found that 27% of workers report being bullied on the job, with 40% of the abuse meted out by unpleasant bosses. Thankfully, two recent studies have come up with effective, if seemingly contradictory, methods for dealing with malignant managers.

Bennett Tepper and colleagues at Ohio State University found that survey respondents who accepted managerial abuse experienced more psychological distress, lower job satisfaction, and felt less committed to their employers than those who retaliated with passive-aggression. Passive-aggressive behaviors included ignoring bosses, pretending not to understand, and not giving work their full effort.

Surprisingly, a second round of surveys revealed that defiant employees did not feel that their career had been negatively affected by the insubordination.

Tepper, cautioned that the findings may not be an endorsement for retaliation. “The real answer is to get rid of hostile bosses,” he said. “And there may be other responses to hostile bosses that [could] be more beneficial. We need to test other coping strategies.”

Earlier findings from Cho and Fast at the University of Southern California suggest that simply thanking your bad boss, or acknowledging his or her positive attributes, may reduce workplace tension.

The researchers split a cohort of subjects in to two groups, asking one group to write about their favorite topic, an exercise known to produce feeling of competence, whilst the second group wrote about why their least favorite topic would be important to someone else. The subjects were given high or low-power roles in a two-man task, to describe an image so that it could be reproduced by a reader in another room, after which the partners exchanged feedback. Finally, some of the participants were delivered notes, purportedly from their partners, thanking them for their feedback.

The subjects in the high-power roles who had been primed to feel incompetent were more critical of their partners, but this effect was absent in those who had received ‘thank you’ notes, with such subjects rating their partners higher in competence and social desirability.

Research documents that abusive bosses tend to experience feelings of incompetence and low self-worth, causing them to lash out at their underlings. USC’s findings suggests that mitigating these negative feelings may go a long way towards making peace with your moody manager.

Bottom line for bad bosses: If you are suffering under a bad boss, try killing them with kindness. After all, they may be in need of a little support and encouragement themselves. Failing that, there’s always the tit-for-tat strategy, or you could use Oettingen’s technique to set your sights on a better, happier boss. Read on.

Tip #3: Fantasizing about future success may hold us back

Contrary to popular belief, research has suggested that in some cases, visualizing future successes, such as asking for a raise or getting that big promotion, could actually hold us back. Psychologists suggest that the ability to realize our dreams might depend on whether we expect or fantasize about future events. 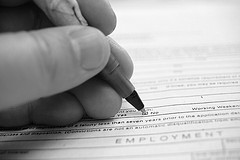 The difference? Expectations are based on past experiences, which help us to justify investing time and resources in pursuing our goal. Fantasies, on the other hand, not only lack supporting evidence, but actually allow us to enjoy future successes in the present, reducing our incentive to work towards them.

Psychologists Oettingen and Mayer discovered the effect by examining peoples’ attitudes towards upcoming life events: getting a job, finding a partner, passing an exam, and undergoing surgery. They found that those who had positive expectations based on past events emerged with the best outcomes, while those who merely fantasized about success did much worse. For example, those who indulged in fantasies of employment were less likely to apply for jobs, resulting in lower wages and higher unemployment overall.

If you’re the type to day-dream about future victories, do not fear; Oettingen, Pak, and Schnetter developed a simple method for turning fantasies in to expectations.

The researchers asked participants to:

Those who expected to achieve their dream were more committed and took more responsibility in reaching their goal. Most who didn’t, let it go.

Bottom line for getting ahead: Be realistic. While indulging in fantasies may pass the time, focusing your expectations on achievable dreams will make you more productive, more committed and happier at work.

Workplace friendships offer more than a welcome distraction from the daily grind as described by Susan Adams in a recent Forbes article. One joint study by Shah and Jehn at the Universities of Pennsylvania and Minnesota shows that office bro-mance renders measurable benefits, providing encouragement, motivation, and increased productivity in group tasks.

Sharing with a friend at work

Researchers split students in to small groups of either close friends or casual acquaintances, and presented them with mental and physical challenges. The ‘friend’ groups did better on all tasks, offering encouragement and feedback to teammates, while acquaintances had difficulty communicating, tending to work alone unless absolutely necessary.
Further research suggests that, not only are we more at-ease with friends than acquaintances, we don’t want to let them down, increasing our commitment to group-tasks and workplace harmony.

Tip #6: Making friends at the office means talking about life outside work..

While office gossip may seem like a productivity killer, research by Sias and Cahill from Washington State University explains how these stolen moments may be crucial to creating strong workplace bonds.

The study examined the development of workplace relationship by asking co-workers with close relationships how their friendships blossomed. Their results found that workers who spent the most time talking about non-work topics tended to be closer, with the closest colleagues sharing problems from their home and family lives.

Psychologist Arthur Aron and colleagues have found this type of self-disclosure to be pivotal to the formation of other emotional ties, and workplace relationships appear to be no exception.

Bottom line for office gossip: I don’t need to tell you that making friends will help you shake the workplace-blues, but these studies show that, not only is a bit of office gossip good for morale, it also makes us better, more committed workers. So, the next time your boss (bad or otherwise) tells you to get back to work, it could be the perfect moment to bring up your bunion or marital woes, laying the foundations for a long and happy working relationship.

Oettingen, G., & Mayer, D. (2002). The motivating function of thinking about the future: expectations versus fantasies. Journal of Personality and Social Psychology, 83(5), 1198.

Open-mindedness and Judgment: Paragons In Action

Better Than Before (Book Review)

We’ve found that getting our team together a lot outside of work is really helpful. Remote team building has not worked as well for us; we prefer people befriending each other in the same environment and collaborating.