MAPP Magazine: The Education Issue
Unthinking, Fast and Slow
Sit Write Share launches today
MAPP Magazine: The Power of Community
The Art of Insubordination: A Review
On Doing What We KNOW is Good for...
MAPP Magazine Articles on Positive Psychology Applications
August 31 is Launch Day for The Business...
New MAPP Magazine on Positive Humanities
Second Wave of Positive Psychology
Home All Aristotle vs. Aristippus: Were they both right?
AllGlobal PoliciesGoalsPathway 1 "Pleasure"Pathway 2 "Engagement / Flow"Pathway 3 "Meaning"_1 Positive Experiences

Aristotle vs. Aristippus: Were they both right? 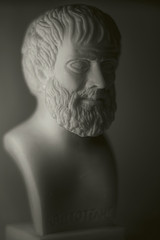 The definition of happiness and the good life was much debated among early philosophers. Two schools of thought emerged: Aristippus’ solution was hedonism, or the pursuit of sensual pleasure and avoidance of pain. Aristotle, meanwhile, thought the ultimate aim was eudaimonia, or self-actualization.

Skip forward 2,500 years, and psychologists are applying the scientific method to the problem. Does this help our understanding of what constitutes a life well lived?

Hedonic well-being is construed by psychologists as an evaluation of how satisfied we are with our lives, coupled with our level of positive emotions, minus that of negative emotions. Alan Waterman conceived of eudaimonia as the feeling resulting from engaged living in congruence with one’s deepest values. More specifically, Carol Ryff claims eudaimonia is a combination of personal growth, environmental mastery, sense of purpose, autonomy, self-acceptance and positive relations with others.

But confusingly, other research has found that eudaimonia and hedonism are not so different after all. Christopher Peterson, Nansook Park and Martin Seligman unite hedonic and eudaimonic concepts by claiming that there are three orientations to happiness: the pleasant (or hedonic) life, the good (or meaningful) life, and the engaged (or flow-inducing) life. Peterson and Seligman found that these three orientations to happiness are distinguishable and can be pursued simultaneously, and that each is individually associated with life satisfaction – usually considered a solely hedonic measure of the good life. 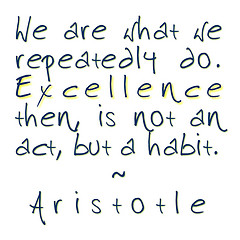 Perhaps the emphasis of eudaimonic theories on personal development, meaning and engagement suggests that eudaimonists are best understood as explaining what causes life to be good. In contrast, hedonic psychologists, in discussing the subjective experiences of affect and life satisfaction, seem to be describing what the good life feels like.

So it seems that with happiness there are no easy answers. More research is certainly needed. There does seem to be some relationship between eudaimonia and hedonism, but the two aren’t identical. But in fact it seems Aristotle knew this all along. In his Nichomachean Ethics, he says, “What is the highest of all goals achievable by actions?… Both the general run of man and people of superior refinement say it is happiness… but with regard to what happiness is, they differ.”

Vitterso, J. (in press). Life satisfaction is not a balanced estimator of the good life: Evidence from reaction time measures and self-reported emotions. Journal of Happiness Studies.

Advice from the Tribesmen…Too Simple for the World?

Rosie you struggle so well with the core issues, I am fascinated to see how you work through them. Happiness, hmn.. flourishing, how to judge? Neo-nate studies in Europe showed a lower baby weight after 9/11. Our affections, our sympathies seem contagious across continents.
You think deeply and write well, and courageously.
Thank you for this piece.

Is it useful to divide happiness into pleasure, engagement, eudaimonia etc?

I wrestle with the idea that happiness develops into its own neat little compartments, because at any given moment it seems more empirically valid to say that in fact there are blends of pleasure, meaning, engagement, eudaimonia, ice cream, Doritos and Star Trek Voyageur.

We live in a fuzzy world, most of the time. Do we measure someone who is satisfied with their hedonic pursuits, doesn’t feel like a deep, meaningful life is necessary and is NOT complaining about dissatisfaction as less happy than the existentially satisfied but touchy and sour?

Put mathematically…snooze alert…are we a 2 in pleasure, a 5 in engagement, a 3 in eudaimonia, a 9 in purpose or meaning? Do these numbers really make any sense, even on a 1 to 10 scale?

What does it mean to be a 9 of 10 in average happiness? Can we spot Mr. and Mrs. Happy on the street corner? What are the outward behavioral indicators of Happiness that a camera would see, that a recording device would capture?

Would you believe my signature strength is NOT in curiosity? Or gratitude. Thank you very much.

Hey, this was one of the first questions I wondered about when I started learning about positive psychology, “How can we determine what is really important to each person in evaluating his or her life?”

I first approached this question in wondering about how to create just the right questionnaire so that in a few questions, we could ask people about what really mattered to them. So that we could learn what are the benchmarks that people measure life by. For example, “Oh, yes, work is going fine? Yes, check. My friends I’ve seen them recently? Yes, check. Etc.”

But after learning a little more about positive psychology, and research methods in general, I am no longer a fan of open-ended questionnaires that need to be “coded” – for example, if I ask an open-ended question, and one person answers “the home is important,” does that mean the physical house or the sense of family? So it’s hard to code those kind of answers for research purposes.

So… I recommend two different ways for figuring out what’s important to you: the Wheel of Life and the QOLTC method.

1) Margaret Greenberg wrote up a great description of the Wheel of Life. If you change the instructions a little bit (which, BTW, is always happening with this useful coaching tool, the Wheel of Life – people change the section names, to apply them particularly to Leadership or Management for example and people change the question asked)… so if you change the question in Step 1 to “How much on a scale of 1-10 (10 being best), do you value this part of your life?” then you’ll learn about what things make that person happy.

2) Using Michael Frisch’s quality-of-life therapy methods, you can see here that there are 16 areas of life which you can use as a jumping off point to see how valuable they are to you. And it might be that all 16 are equally valuable. (PPND author Caroline Miller co-teaches a class with Michael Frisch – details here at QOLTC).

So, Jeff, you could try these two methods to find the areas in life that are really important to you personally, and that are more specific that the pleasure, engagement, meaning spectrums.

Very thoughtful and helpful response. Everything Frisch touches turns to gold. I use the CASIO method, mentioned to me by Kathryn B. quite a bit. I would say that, for me, this is the most useful PP tool thus far.

Open ended questionnaires have a place, for sure. Yet they are questionnaires and they have limitations. Sometimes just sitting down and talking to somebody face-to-face can prove a wealth of hidden information far better than a quiz.

I’m excited to hear more of Frisch’s work and I hope there are articles guest-authored by him.

Happiness is the meaning and the purpose of life, the whole aim and end of human existence ~
Aristotle Quotes

Hey Rosie,
I came across this article whilst researching for my dissertation and it’s been so useful! With regards to the relationship between hedonic pleasure and eudaimonia, and which is “true” happiness, i struggle to see why there’s such debate. Aristotle himself seems to accept that they are both equally valid means of happiness:

“For some identify happiness with virtue, some with practical wisdom, others with a kind of philosophic wisdom, others with these, or one of these, accompanied by pleasure or not without pleasure; while others include also external prosperity. Now … it is not probable that these should be entirely mistaken, but rather that they should be right in at least some one respect or even in most respects.” Aristotle, Nichomachean Ethics, Book 1, Chapter 8

the way i see it, hedonic pleasure is necessary but not sufficient for true happiness. The hedonic pleasure which results from engaging activities which challenge our strengths (flow) acts as a reinforcer to further develop those strengths in the future. These strengths are what allow people to develop their sense of self and meaning within a community.