Money is an Imperfect Incentive, Not Just at Wells Fargo 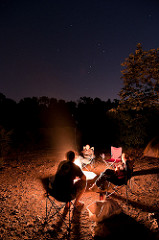 Robert Rosales, MAPP '15, is dedicated to working with organizations to develop the positive leadership skills that are required to address the needs of our time in the workplace. He is the founder of LEAD ACADEMY, a business consultancy that advises clients on science-based positive workplace practices that support performance and people. He leverages over twenty years of management experience at leading financial institutions with extensive education in positive psychology. Robert's articles are here.

Recent surveys indicate that more Americans than ever are not thriving at work. Does that mean that they need a general increase in pay? On many levels, this seems to make perfect sense. After all, psychology, economics, and business have generally supposed that money offered choices and that the more personal choice, the greater well-being. In organizations, the prevalent carrot-and-stick model assumes that people are motivated by financial incentives. 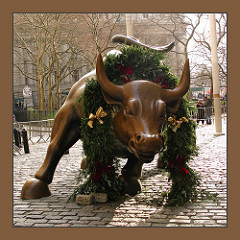 Wall Street Bull
Wall Street, a blanket term for the financial markets, epitomizes this carrot-and-stick ethos, sometimes called pay-for-performance. I should know. For 25 years I was a senior executive at leading financial companies. Big Wall Street banks keep attracting the brightest and most ambitious graduates from elite universities. According to a recent survey described by Lewis, half the graduating class of Harvard wants to work there. It certainly is not a calling or an aspirational choice. Of the Harvard seniors who went into finance, only 5.71% say that they expect to remain in this sector. So what’s their motivation? Simply put, they crave money and status.

According to Binder, entry-level financial analysts typically make $70,000 to $90,000 a year, with the prospect of making much more. But the inflated compensation usually comes at a high price: grueling schedules, insecurity, tedious work, fear, exhaustion, and terrible health habits, not to mention the strain on social life. Unsurprisingly, Lewis reports that many of these analysts wind up hating their jobs and looking for exit strategies.

Surely, employees expect a decent compensation for their work. However, studies described by Schwartz show that job satisfaction does not depend on absolute pay. It turns out that in the race for status, it is all about relative position. Social comparison is a curse in that people feel good or bad with regard to income only when compared to others. Diener and Seligman cite research that shows that individuals are more satisfied when their income is higher than the income of others in their organization or their industry.

Is it worth sacrificing time with friends?

Additionally, Schwartz describes studies on hedonic adaptation that point out that people more or less rapidly get used to their new circumstance, good or bad. Inevitably, the psychological effects of a big bonus or a salary raise abate with time. This challenges one of the most entrenched myths of happiness: “I’ll be happy when I get a big raise.” In fact, a study reported by Konow and Early found that people usually overestimate the amount of satisfaction they will get from material things and underestimate the satisfaction they derive from human connections. As a result, many people choose jobs that will make them unhappy.

Finally, Schwartz and Sharpe note that to make things better in our modern societies we usually reach for a set of rules and administrative oversight mechanisms to tell people what to do and monitor their performance. We create a set of incentives that encourage good performance by rewarding people for it. But the authors argue that skill without will can lead to the most blatant cheating in the service of one’s own interests and that financial incentives can never replace wisdom. The latest example is the current Wells Fargo Scandal. You may know that for years people at this big bank opened unauthorized customer bank accounts for the sole purpose of meeting sales targets. The aggressive sales culture prevailing at the company ended up corrupting over 4,000 employees into unethical practices.

Money is a Means, not an End

The sages of humanity have warned us since recorded history started that money should be nothing more than a means to an end. Yet, so often, we confuse means with ends and sacrifice our needs to grow and to develop social relationships (ends) for money (means). Indeed, Ryan and Deci argue that what motivates people is pursuing intrinsic goals and engaging in activities that satisfy the three innate psychological needs for autonomy (agency), competence (effectiveness) and relatedness (connection). 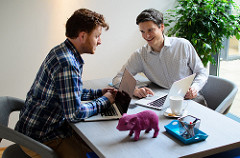 Satisfaction of collaboration
Intrinsically motivated behaviors are performed out of personal interest and are inherently satisfying. By definition, they are self-determined behaviors, such as reading books for fun, practicing sports for pleasure, or working hard at a task with other colleagues because it is personally rewarding on different levels.

Organizations, Look at your Assumptions Again

Thus, organizations would be well inspired to revisit their assumptions about what motivates employees. In particular, the belief that material self-interest is the best incentive for all people is wrong and misses so much of what actually makes us want to work. Income alone is not a good predictor of well-being because materialism can have negative outcomes, in particular for health and social relationships. Indeed, positive relationships at work can be a source of energy, enrichment, meaning and learning that help individuals and their organizations thrive.

In the end, money matters. But wisdom and people matter most.
?

Chin, E. (2009). Development of Self-Motivation: Why Pleasing Parents Too Much Can be Bad for Your Health. Positive Psychology News.

Photo Credit: via Compfight with Creative Commons Licenses
Wall Street Bull courtesy of sokole oko
Around the campfire with friends courtesy of PeterDSims
Satisfaction of collaboration courtesy of theledge80

Respect at Work: Invitation to a Webinar this Thursday

Of Research and Rigor: Building Your Career in Positive Psychology

Thanks Dan, glad you liked the article!

It is so important to revisit our priorities. Thanks for sharing such wonderful information Robert!

Thank you Arlen! Let’s remember that priorities in organizations, as in life, are moving targets …

Dear Robert, thank you for sharing your inspired voice, experience and wisdom here. This is a wonderful article. Bravo.

Dear Elaine, I am grateful for your kind words.

Great to see this issue being addressed Robert.
Tim Kasser’s work on materialist values is also informative here. Consistent results across a huge range of countries and age groups – values focused on money, image and popularity are associated with lower well-being, EVEN in environments where those values are supported.
The challenge for these organisations is that we’re not just discussing employee values here, it is the entire basis for the organisation and the system in which it operates.
Pull one string and the whole edifice will unravel.

Hi Denise, Thanks a lot for contributing to the discussion and for recommending Tim Kasser’s research. Your conclusion gives a lot to think about …

Terrific article Robert and thanks. Money is a vehicle. Just make sure it takes you where you truly want to go. And make sure your friends are along for the ride!

Thank you Judy, very thoughtful and yes, it’s the friends you take along that make the journey merrier

You are welcomed, Robert. I remember Chris Peterson talking about money, status and sharing at a MentorCoach conference in Bethesda. He said money worked best for happiness if you spent it on others and created memories to savor. If I remember correctly he took some of his students to Disney World so they could all share and care. How fun I bet that was. Happy autumn!

So true. Your closing statement is the perfect summary. “In the end, money matters. But wisdom and people matter most.”

I often get frustrated by the focus on transactional relationship in the online marketing space and interaction with people in general. Once upon a time, we depended on each other to share for survival. We are connected and interconnected by design.
?

Hi Tony, love your reminder that we are wired to connect, bond, and socialize because our lives depend on it … every day!

Interesting article and a very interesting subject as we live in a world that is in tremendous change. Especially in a field where money and materialism are key factors, to attract business school students….

The majority of the young MBA students have worked really hard to get into an Ivy League school….the next goal is to be between top 10….Many of the students have been approached by companies before graduating and a majority of the students end up in banking or consulting….Where the big bucks are…. All about how to show up in the world….Young and full of life….Students feel empowered and ready to meet the world. But nowhere along the line asking themselves what do I want….What will give meaning and purpose for me.

Unfortunately, there are costs to working hard to feel safe, secure and confident. We often end up shutting down our search for purpose and meaning to early in the process. In essence, we quickly become close-minded. We protect our beliefs even when they might be wrong…..We become out of sync with ourselves and others…. in the search of what we believe will make us happy……

Hi Louise, indeed, there is a lot to be said about the transition from college to the work life, especially for MBA students. Thanks for your comment and for contributing to this fascinating discussion.