Saving the Best for Last? 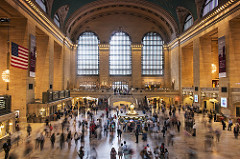 Robert Rosales, MAPP '15, is dedicated to working with organizations to develop the positive leadership skills that are required to address the needs of our time in the workplace. He is the founder of LEAD ACADEMY, a business consultancy that advises clients on science-based positive workplace practices that support performance and people. He leverages over twenty years of management experience at leading financial institutions with extensive education in positive psychology. Robert's articles are here.

Can saving the best for last impact your well-being and success at work?

How do you feel about saving the best for last? I confess I have not always been good at it and I certainly would have failed the famous marshmallow test. With time, I have come to recognize and value this conventional wisdom in practice. For instance, if you are a music lover, you know that operas tend to end with a flourish. Also, we remember best what we read last or the ending of the great movies we watched or where we were when something momentous happened. In sports, the last few minutes of a competition are often the most thrilling and are called money time. 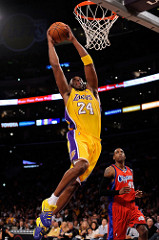 Going Out with a Bang

Sports fans may be familiar with Kobe Bryant, an American professional basketball player who retired this April after a stellar 20-year career. In his career finale he scored 60 points in one of the greatest final game performances in the history of the game. Few will care that Kobe’s final campaign was his least efficient by any statistical measure and the worst ever in franchise history. As one journalist summarized, “No one will remember the misses, though there were plenty. Everyone will recall the makes.”

While pondering Kobe’s legacy, I was reminded of the work by Daniel Kahneman, a Nobel Prize winner psychologist, on human judgment and decision-making. In particular, I remembered his research with Varey about the ways that individuals evaluate past experiences and remember them later. Kahneman posits that neither remembered nor expected utility accurately reflect the individual’s actual experienced utility. In other words, a subject’s recollected evaluation of past experiences may differ from the way they felt during the experience. 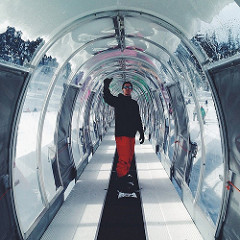 In a rather counterintuitive finding, Kahneman and colleagues argue that global assessments of past episodes (or remembered utility) obey the Peak-End rule: the average of the utility experienced at two singular moments of the episode (the peak and the end) is a good predictor of subsequent global assessments. This is particularly relevant in the case of a human life because people are rarely at their best physically or mentally in the later part of their existence, and their peak is usually distant from the end, as Rozin and Stellar point out. It is not as rational as you might expect, but it’s what people do when they assess past experiences.

Once you are aware of the peak-end bias in the way we remember experiences and make decisions, you can use it to your advantage at work, in particular to build your relationships.

Think about your meetings: Are the peaks and the end memorable? During your interactions with customers, do you take care to end the exchange on a high note?

Some organizations recognize the importance of finishing with a flourish better than others. This came to life for me only a few hours before Kobe’s last game. As I was waiting for a friend at New York’s Grand Central Terminal on a balmy late afternoon spring day, I suddenly heard a clamor in the distance. I wondered if maybe an impromptu political rally was being held since several presidential candidates were in town. I was on the lower level and quickly reached the glorious main concourse where the cheers and the chants were reverberating louder and louder.

The uproar was taking place at one of the balcony levels where a well-known technology company has a store. By the time I reached the top of the stairs I saw that about thirty or forty employees were standing in a large semi-circle, clapping and cheering while a crowd of dozens of by-standers watched and took pictures. I really had no idea what was going on until I asked someone. Then it all made sense.

To my right, I saw an employee hugging one colleague after another. It turns out that it was her last day at the store because she was relocating to another state. Her colleagues were gathered around her to congratulate her and say their goodbyes in the most heart-warming and touching way. She was crying tears of joy and gratitude. So was I and several others around me.

In sports, in business, or in our relationships it usually matters little how one starts. The winners are declared only at the end.

Hope and Optimism in Peruvian Executives

Thank you for this good article on the selectivity of human memory. I particularly find interesting the application in our interactions with colleagues and very importantly, with clients. The opportunities to meet are limited, and this article provides guidance to positiviely influence these events!

Thanks Javier!
You are so right to highlight the relevance of our interactions with colleagues and clients.
We don’t always take the opportunity to capitalize on micro-connections at work. And yet, it takes very little to build high-impact connections with others and the rewards are potentially bountiful: energy, goodwill, openness, ideas, validation, positivity. Stay tuned for an upcoming article on high-quality connections at work!
With warm wishes, Robert

Robert, thanks for the article about endings. It reminded me of one of my favorite memories… I volunteered for 2 1/2 months at an environmental research center in the rain forest of Madagascar where I had the privilege of meeting and working with almost 90 folks – mostly Malagasy, and a couple of Americans. At the end of my stay, as the vehicle carrying me away slowly wound its way up a long driveway to the main road, at last 35 or 40 of the staff, and the center’s founder, all lined up in a row, and did “The Wave…” all joyfully smiling and laughing, bidding me goodbye and repeating the wave, until I disappeared from sight. I shall never forget how treasured it made me feel, to this day!

Robin,
Thank you for sharing a wonderful and moving story! Imagining the scene in my mind and smiling as I write this.
Gratefully,
Robert

Robert,
Thank you for this article. I decided to share it with all my clients leaving from the Rio2016 Olympic Games as it was a good way to end this Olympic experience with them. Could not have been a better farewell!

Carmen,
Brilliant that you were able to distribute to Rio2016 fans on the last day of the Olympic games! In the end, timing is everything …
Thanks for sharing,
Robert

Dear Robert, what a wonderful article! Thanks for sharing your depth, insight, and inspiration. Endings do really matter, and your lovely reminder is real appreciated, as is your candor. (I would have failed the marshmallow test, too). Blessings and cheers.

Dear Elaine, many thanks for your kind words and cheers to you as well for your inspiring message. Robert