Looking for Stories of Courage

Robert Biswas-Diener, Ph.D., is a researcher, coach, and adventurer with expertise in happiness and strengths psychology. He is author of 4 books including recently released Practicing Positive Psychology Coaching: Assessment, Activities and Strategies for Success. Full bio.

His articles are here.

CASH PRIZE FOR COURAGE
Last chance to get enter nominations for an international prize! 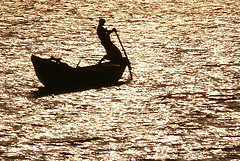 Sarah Outen was the youngest woman in the world to row a boat across the Indian Ocean. Although it took her more than 100 days and included a hair-raising capsize of her craft, she arrived safely. Jeffrey Wigand put his career on the line to come forward and divulge information about the unethical practices in a cigarette company. Anette Olden forced herself onto an airplane even though she was afraid to fly. Each is a shining example of courage.

Interestingly, researchers distinguish between types of courage. Researcher Cynthia Pury and her colleagues draw a line between general courage– that which would be courageous if undertaken by anyone– and personal courage– those actions that are only courageous for a particular individual. While most of us are familiar with the physical bravado of soldiers, firefighters and mountain climbers, there is more to bravery than general courage. Personal courage, unlike general courage, is typically associated with the experience of fear and is considered brave because the individual is able to overcome a personal limitation. It is personal courage that we tend to overlook when thinking about this admirable strength. 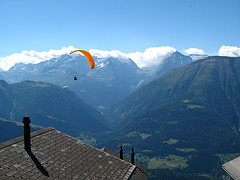 The inspiring implication of Pury’s research is that we all have experience being courageous! You may not have jumped from an airplane or rushed into a burning building…… but chances are you have stuck up for an underdog, faced an uncomfortable medical procedure, or otherwise shown a brave face to the world. I am offering a grand prize of 250 dollars and two secondary prizes of iTunes gift cards ($100 value) to be awarded to highly courageous individuals.

It does not matter if they are soldiers or high school students, political activists or librarians, firefighters or office workers. Please nominate one or more individuals by writing 250 words or less about their acts of courage and including their contact information (an e-mail address is satisfactory). Nominations can be sent via e-mail to Robert Biswas-Diener.

Please help me give away money and recognize those who deserve it. Contact me with any questions.

The winning stories will be published around the end of July here in PPND and on Facebook and Twitter.

Dr. Robert Biswas-Diener is a researcher, coach, and adventurer with expertise in happiness and strengths psychology. He is author of 4 books including the soon-to-be-released Practicing Positive Psychology Coaching.

Why Couch Potatos Are Tired

I am curious: What are you going to do with the stories you collect? I’m a strong believer in the power of stories as a social diffusion mechanism — see The Power of Stories. You could be forming a collection that could make a difference.

I have two reasons for doing this. First, I want to reward people who are courageous. You’d be surprised how difficult it is to give away money to courageous people! Second, for the winner and two runners up, I will– with their permission only– publicize their stories so that they might inspire others toward bravery as well.

I have one person I wanted to nominate. But when I asked, he doesn’t see what he does as courage and preferred not to be in the limelight in any way. I guess that connects with the strength of Humility that I wrote about recently. Perhaps you are finding humility and courage closer together than Peterson and Park do in their circumplex diagram (see p. 158 of Peterson’s Primer in Positive Psychology).

I have just written a paper on “strengths blindness,” the idea that sometimes people are unaware that their strengths are– indeed– strengths. In the case of courage, for instance, people often see their own actions as so unavoidable, so natural, so correct, that they miss the basic fact that their actions are extraordinary.