Who is Forgiveness For? 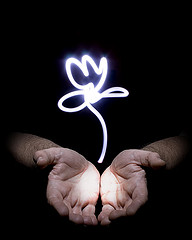 Prakriti ("Paki") Tandon, MAPP '10 has several years experience in the Media/Television space. Most recently, she was an anchor and producer at CNBC-TV18 in New Delhi, India. Paki is now working on several projects for the media space, and hopes to fuse her passion for positive psychology with her talents and skills on camera. Full Bio.

Some 21 months ago, my mother was the victim of an armed robbery. Barely a month into our MAPP year, two unassuming gunmen posed as University students looking for housing and manipulated their way into the office that my parents have presided over for nearly 4 decades. They pulled out guns and blunt-force objects from beneath their jackets, bound my mother’s hands and feet with duct tape, and demanded to know “where the money was.”

My parents had for years kept a reserve of cash in the office for contractors who generally lived hand-to-mouth and needed advances not just to start jobs, but immediate cash payments upon completion of a task. My trusting parents used something of an honor code in their place of work, leaving these funds in each worker’s folder for them to access when they came to the office. There had been petty thefts and burglaries over the years, but the system worked better than not, and despite my mother’s wariness and occasional protests, my father’s compassion for his workers won out, and the system continued. 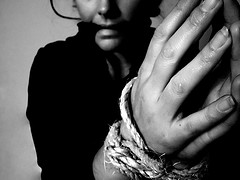 Alas, a day would come when their trust would be abused in the most grotesque way. As the first armed assailant, the shorter and stockier of the two, ripped more duct tape from the roll to wrap around my mother’s head and mouth, she inquired in her mild and steady voice, “Why are you doing this, son? What do you want?” The perpetrator responded to her maternal sobriquet with an epithet. “Shut up bitch!” he shouted, and struck my gentle mother in the face with the long blunt weapon he wielded.

The FBI agent handling the case still smiles when he hears how my mother called the lead perpetrator “son,” as only a mild and compassionate mother could. By now, after several phone conversations and face-to-face meetings with my mother, countless hours spent studying the details of the case, and years of face-to-face encounters with the most unsavory specimens of our humanity, he has a finely tuned radar for good and evil. His smile, a delicate Duchenne fusion of admiration and bewildered awe, conveys his recognition of my mother as the very best of humanity in the face of the very worst.

What the Story Teaches

Hold in the light

Revisiting this experience tempts me to tears every time, not just because it is my beloved mother I must envision in this distressing scenario, but also because of the utter perversity of one human being responding so violently to the diametrically opposed compassion of another.

For my mother, revisiting this trauma reminds her (in her words) “to hold them in the light.” Translation: forgive their transgressions and seek not their demise, but their upliftment. From whence does this transcendence come? How is my mother able not just to allay her anger and to practice forgiveness, but actually to desire the elevation of her aggressors?

My mother came upon one piece of writing in particular in the aftermath of her trauma that she reverted to time and again to help her navigate the path of healing. Let it be known, she should have earned an honorary MAPP degree for her unquenchable thirst for all of our reading materials. She drank up every book I brought home, and still desired more. My one-time college professor mother and self-professed literary fiend just couldn’t get enough (while I perhaps had more than I could chew), and it was while poring over one of her favorites, Sonia Lyubomirsky’s The How of Happiness, that she came upon an excerpt on forgiveness.

In this section, entitled “Learning to Forgive,” Lyubomirsky emphasizes that forgiveness is “something that you do for yourself and not for the person that has wronged you.” I marvel at the counter-intuitive nature of this statement; don’t we generally think of forgiveness as an altruistic act?

It was in watching my mother navigate this ordeal that I understood that the true benefit of forgiveness lies in the more selfish act of allowing it into our lives. During these difficult months, my mother faced a potential punishment that was even weightier than any the perpetrators might receive. She risked life imprisonment from her own anger, her own “unforgiveness,” as Worthington and Scherer label the stress reaction that most victims of an interpersonal transgression experience immediately following the transgression. 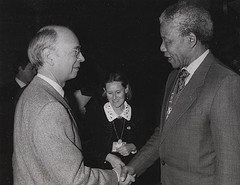 Lyubomirsky relays a story to underscore this point: former President Bill Clinton asked Nelson Mandela how he was able to bring himself to forgive his jailers, and Mandela responded, “When I walked out of the gate I knew that if I continued to hate these people I was still in prison.” Forgiveness seems to be a necessity, not a choice, if one is to move forward in life free, weightless, resilient. Indeed, Worthington and Scherer find that “Forgiveness can be used as an emotion-focused coping strategy to reduce a stressful reaction to a transgression.” 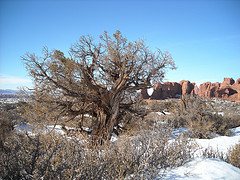 So what might we do to bolster the relationship between forgiveness and resilience? How might we maximize the utility of forgiveness as a tool toward springing back to flourishing after an adverse event?

Stephen Post talks at length about reaching out to help others as a solid avenue toward flourishing, and I can just imagine the benefits to victims who seek to forgive not just to enhance their own flourishing, but also to embrace the elevation of their own aggressors. But that’s a study for another day (readers: please feel free to be inspired and conduct a study on this! Study participants 1 and 2: My mother and Nelson Mandela).

As the trial date approaches and my mother prepares to face her aggressors once more, she is a paragon of forgiveness and the consequent resilience. No doubt she’ll have a copy of The How of Happiness on-hand to steady her course should she feel her anger rise up or her resolve weaken.

Editor’s Note: Paki’s article appears in the chapter on Forgiveness in the book, Character Strengths Matter.

Post, S. and Neimark, J. (2007). Why Good Things Happen to Good People: How to Live a Longer, Healthier, Happier Life by the Simple Act of Giving. New York: Broadway Books.

Hold in the lightNelson Mandela

Great article, thanks for sharing. I’ll definitely have to look for a copy of The How of Happiness and the quotation from Nelson Mandela is excellent and profound.

Hi Paki – I love your writing. It is poetic and profound – imbued with meaning and emotion. I remember when you shared some of this story with our MAPP class and we all felt for you and your mother. I remember her active interest and involvement in MAPP and what a wonderful person she is. She is definitely a poster child for resilience, heart and compassion. Thank you for sharing this story, and all the best to her (and her support group) as the trial nears. No doubt you are a pillar for her as well – she is clearly abundant in her positive relationship with her loving daughter.

Paki, this is so well written – and so powerful! Thank you!

I appreciate your words, honesty, and insight, from this PPND article and others you have written. I am a Ph.D. student, and my dissertation chair is Fred Luskin. He developed the Stanford Forgiveness Project (http://learningtoforgive.com/) and has written a number of books on the topic of forgiveness, which I believe strengthens Lyubomirsky’s views of forgiveness. I think his work would be a great addition to the references/resources of your post.

We very much appreciate pointers to additional research that supports — or contradicts — the articles we post.

Paki – research suggests that forgiveness might be for women.

thanks Paki ji,
this was really hitting home,
but a home with a strong foundation of wisdom
with
deep respect
per