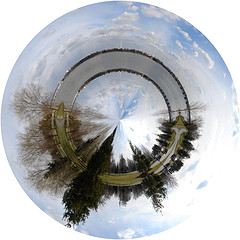 Y. Paul Lee, PMP, is currently a PhD student in the Project Management Program at the James Clark School of Engineering, University of Maryland. During the day, he works as a Branch Manager/Project Engineer at the Space Telescope Science Institute (Baltimore) on the James Webb Space Telescope (JWST) program. Paul has also studied Physics, Astronomy, Computer Engineering/IT, Management and Leadership at the University of California at Davis, the Johns Hopkins University, and MIT Sloan School of Management. His articles are here.

Editor’s Note: Paul Lee was one of my students in a graduate-level project management course at the University of Maryland on managing project teams. We discussed the three ratios presented in Fredrickson and Losada’s 2005 paper, inquiry versus advocacy, positivity versus negativity, and self versus other.

Paul wrote to me recently, “I came across the following article today, which I think is interesting and certainly reminded me of what I was pondering about the positivity ratio last fall: Ratio for a good life exposed as ‘nonsense’ by Bruce Bower in Science News.”

That article summarizes a paper by Brown, Sokal, and Friedman. Here’s a statement from that paper: “We shall demonstrate that each one of the three articles [the 2005 paper and two that preceded it] is completely vitiated by fundamental conceptual and mathematical errors, and above all by the total absence of any justification for the applicability of the Lorenz equations to modeling the time evolution of human emotions.”

I responded, “Yes, interesting to see the work of science happening, live. Exploratory research, theory, challenge, and so on. You might want to read Barbara Fredrickson’s response. Let us know what you think.”

This article is his reply. Our intention by publishing Paul’s letter is to acknowledge both the challenge posed by Brown, Sokal, and Friedman and the response published by Fredrickson. We also want to celebrate science as an evolving discipline where the actions of generating and challenging ideas are both important.
~ Kathryn Britton

It took me a little while to review the response and come to the few insights below.

I think Fredrickson’s idea of finding cross-support between theory, mathematics, and data is a noble and right course. However, as she pointed out, successes in such endeavors often come only when the theory and information about the subject are at certain maturity. I use the term “information” instead of “data” for very specific reasons. If you follow classic knowledge management theory, the evolution of knowledge follows these stages:

Wisdom, that is, abstraction to universal truth, requires a lot more than empirical evidence. While Fredrickson’s response points to further accumulation of empirical evidence to support the idea of a positivity ratios, the key take-away is that there is only enough data and information to suggest knowledge, that is, the existence of patterns. There needs to be a lot more collected, from different perspectives, to reach wisdom, that is, mathematical models and their key parameters, such as the non-linear mathematical models described in the 2005 paper.

It might be premature to look for non-linear mathematical models at this point if the parameter space is not well defined. This is an intrinsic problem with social sciences, where it is often difficult to quantitatively define a parameter space to use, which is exactly the problem that led to Losada’s questioned mathematical work.

Using empirical evidence to derive mathematical models depends greatly on the tools and how they were used to derive the models. Using the wrong tool will get you the wrong results. Statistical tools are powerful when used properly, but it is also well known that they can also lead to totally wrong conclusions when misused. There is a classic saying in the modeling community (be it scientific, financial, and so on) that you can fit any data with any curve. Other objective pieces of information are needed to help separate the right from the wrong.

Added by Editor:
“I’ve come to see sufficient reason to question the particular mathematical framework Losada and I adopted
to represent and test the concept of a critical tipping point positivity ratio that bifurcates mental health into human flourishing and human languishing (Fredrickson & Losada, 2005).” ~ Barbara Fredrickson, 2013

Once you find a model that appears to match the data, there are two critical sanity tests that have to be passed in order for the model to be worth further consideration.

First, the parameters used in the model have to be tied to real quantitative observables that can be measured. Combinations of pseudo parameters, such as X (Advocacy versus Inquiry), Y (Positivity versus Negativity), and Z (Self versus Other) in the Losada mathematics, would require a lot more supporting materials to tie them to reality. In other words, if you set out to look for a non-linear model to fit the data, a non-linear model is what you will get. That leads to the second test.

A successful mathematical model not only fits the observed data, but it should be possible to use it to predict results that can be independently tested in new experiments. This is about predictions by the model, and not the kind of predictions that Fredrickson and Losada listed at the end of the 2005 paper. Personally, I would not call them predictions. For example, take their first prediction:

“1. Human flourishing and languishing can be represented by a set of mathematical equations drawn from the Lorenz system.”

This is not really a prediction. It is equally probable that one can find a different set of non-linear equations to fit the data. Unless the authors can tie real physical measurements from the empirical data to the Lorenz system, this is irrelevant.

I would actually call the seven predictions in the 2005 paper by Fredrickson and Losada 2005 paper as their interpretation of their application of their choice of mathematical model. I do not doubt the empirical data they presented. It’s just that drawing the connection between the data and the non-linear Lorenz system is hard to substantiate.

I think in the end, I would agree with Fredrickson’s notion that positivity exhibits non-linear behavior, and a non-linear system representation of it would be a worthwhile academic goal to pursue. Human behaviors certainly seem like chaotic dynamic systems.

The empirical evidence is growing and I think that Fredrickson is right on with that. It will be of great interest for other researchers to continue to follow up with the research. But I would caution people from just taking some mathematical constructs and mapping them to empirical data. Many instances of bad science have resulted from this approach.

“… within the trinity of theory, mathematics, and data, data are what merit our closest attention and respect. I am grateful to Brown and colleagues (2013) for spurring me to update my own thinking on positivity ratios. In doing so, I’ve learned that the most recent empirical evidence on the value of positivity ratios tells us quite a bit. The data say that when considering positive emotions, more is better, up to a point, although this latter caution may be limited to self-focused positive emotions. The data also say that when considering negative emotions, less is better, down to a point. Negativity can either promote healthy functioning or kill it, depending on its contextual appropriateness and dosage relative to positive emotions. Empirical evidence is thus growing to support the value of calculating positivity ratios. Even so, considerable empirical work remains to be done to better understand the dynamic and nonlinear properties of positivity ratios as well as the most appropriate algorithms for computing them.” ~ Barbara Fredrickson, 2013

Losada, M. (2012). What is the Losada Line? What is Meta Learning? Interview with Dr. Marcial Losada by the Positive Business Forum.

‘Broaden and build’ is a wonderful unifying principle, but what concerns me is the whole concept of classifying emotions as either ‘positive’ or ‘negative’.

This seems to me the conceptual equivalent of a diet reduced to doses of sugar, vinegar, and perhaps ‘neutral’ white bread – which corresponds to a depressed emotional landscape?

My emotional landscape – and the one presented through the arts – is one where positive-negative (such as PANAS ‘excited’, ‘upset’) both co-exist and enrich each other. So a sweet-and-sour is followed by lemon sorbet or, to mix metaphors, medieval polyphony morphs into Mahler.

This has perhaps important cultural connotations, in terms of disseminating the concepts of positive psychology?

Interesting comment, Kate. If I feel negative emotion, I notice it, acknowledge it, am curious about it, and openly ask myself how I can look at it as an opportunity to use my strengths, ACT, and then mindful forward ho to positive emotions. I love positivity resonance and know the 10 basic positive emotions are in my corner whenever I want to pull them out. Make that every day!

Kate,
I love your point about real-life emotions coming in complex mixes that may simultaneously include multiple elements that could be independently classified as positive and negative. Think about being at the funeral reception for someone you admired and loved. You may feel grief at the loss and angry at the way things turned out. You may have a sense of hollowness that you’ll never speak to that person again. You may also re-experience memories of good times with the person. You may laugh at stories people tell. You may be curious about an aspect of the person that someone else saw that you never did. All of this at the same time. In the days following Nelson Mandela’s death, I found myself listening to the Asimbonanga flash mob over and over again. Why? It made me cry, but it also made me feel an awe that felt good.

Your comment made me think of this paragraph I wrote in 2010 report about the Biennial Meaning Conference in Toronto. I was summarizing Todd Kashdan’s talk:

The influence of emotion includes how we make sense of emotions and describe them, extending well beyond both intensity and valence (positive or negative). [Todd] cited two studies in which college students were asked many times a day over a three week period about the emotions they experienced. Researchers also collected information about alcohol consumption in one study, and aggression in another. He found that intensity of negative emotions did not predict greater alcohol consumption, but the degree to which people could clearly describe their emotions correlated with lower consumption.

So the ability to see the nuances may be a very valuable one to build over time.