Feminine or Masculine: A False Choice 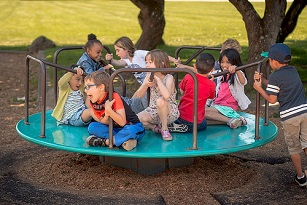 “Boys don’t play with dolls!”
“Girls shouldn’t be loud and boisterous!”
“Don’t be a sissy!”
“No boy is going to like you if you always beat them!” 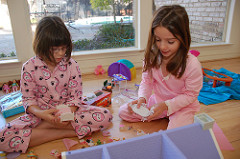 Playing with a Barbie house

As much as we’d like to think these outdated gender norms have gone the way of hula hoops and princess phones, they haven’t. All it takes is a stroll down your favorite store’s toy aisle to see that expectations for appropriate girl and boy behavior are going strong. A friend of mine’s little boy has already learned this heartbreaking lesson. He likes playing with Barbies, but he hides them if his little guy friends come over because “Boys aren’t supposed to play with dolls.”

So what do strongly enforced gender norms have to do with psychological well-being. A lot it seems.

Adultery of the Brain

Strongly enforced gender norms are damaging to both boys and girls, both men and women.

Gender norms are enforced earlier in boys than girls. According to Carol Gilligan, “Among boys between the ages of five and seven, the age when boys who cross gender boundaries are called girls or gay or sissies or mama’s boys, there is a high incidence of learning and speech disorders, attention problems, and out-of-touch and out-of-control behavior. Boys show more signs of depression than girls until adolescence, the time when the division between good and bad girls sets in, enforced by often vicious practices of inclusion and exclusion.” 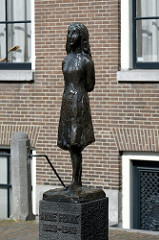 Girls in adolescence begin to commit “adultery of the brain,” according to Gilligan. They learn to cheat on themselves. They can either be true to themselves and keep their honest voices, or they can have friends, fit in, please their parents, and most importantly, earn the approval of boys and men. It’s at this age that girls begin to edit themselves. They self-censor because they learn that to be themselves is too costly.

Gilligan relates an anecdote about Anne Frank, the 13- year-old girl who kept a diary of her time in hiding from the Nazis. Early in 1944, she learned that the Dutch government was going to build a museum to the resistance efforts after the war. Dreaming of becoming a famous writer, she edited 324 pages of her diary for publication because the raw version was too honest. Both versions were found. For the most part, her father published the edited version.

As Gilligan noticed, “Girl’s resilience is compromised when they find that they must silence their voices in order to be accepted and loved. What is socially adaptive is psychologically costly and ultimately politically costly as well.”

I did a TEDx talk entitled Adultery of the Brain: Why Women Commit It and How to Stop.
(Click here to view in Youtube.)

From adolescence through the end of life, girls and women suffer twice the rate of depression as men, according to Nolen-Hoeksema. Strongly enforced gender norms require both men and women to deny parts of themselves. The effects are damaging

Interaction between Gender Orientation and Well-being

An interesting study conducted by September and colleagues measured the relationship between gender orientation and well-being. They labeled personality traits that are associated with the stereotypic feminine gender role as expressive and those associated with the stereotypic masculine gender role as instrumental. Using these labels, they described the following four groups: 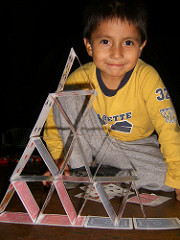 Building a house of cards

What Did They Find? 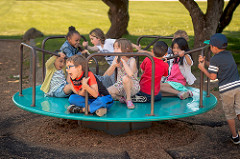 Boys and girls together

It makes sense. When we have to deny parts of ourselves in order to be accepted in society, the effect is disorienting and energy draining. Imagine a world where men and women can embrace and exhibit all their qualities. It’s worth striving for.

Photo Credit: Flickr via Compfight with Creative Commons licenses
Playing with a Barbie house courtesy of Scott Ableman
Statue of Anne Frank courtesy of Jason Pier in DC
Boy building a house of cards courtesy of Chris Kealy
Boys and girls playing together courtesy of evilpeacock

Positive Psychology & Sports: The Surprising Science of Performing Under Pressure

Well said, Pam. I am so happy my Mom allowed me to be me, tomboy and all! She never labeled me a name. Never told me what I should do. Just be yourself. Lucky me! I was allowed freedom, and that continues to be a huge value for me. My son loved art as well as sports. Good for him. When I asked my Mom in 1954 why the little boy we visited loved to dress in girls clothes, she said each of us enjoyed life in different ways. I cherished her lack of judgement nor prejudice. Wisdom. Boundaries. I hope someday they will co-exist with smiles.

Your mother was a wise woman, indeed!

Pam, what an excellent, important and timely article. I will be sharing your story with my colleagues at Temple University College of Public Health, WellBeing and Social Justice. Thank you.