Can One Get a Doctorate in Positive Psychology? 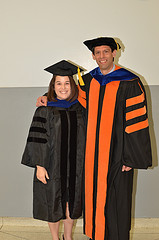 Orin C. Davis is the first person to earn a doctorate in Positive Psychology. His research focuses on flow, creativity, hypnosis, and mentoring, and it spans both the workplace and daily life. He runs the Quality of Life Laboratory and is a freelance consultant. Orin's Web site. Orin's articles are here.

Since a quick look at my bio reveals that I earned the first doctorate in positive psychology back in 2010, I know you are expecting a resounding yes to the question. I’d love to give that answer, but it’s not that simple. Let’s explore some questions about it.

What, exactly, is this positive psychology in which I have a doctorate?

For that matter, what does it mean to have a doctorate in any sub-discipline of psychology? What are the sub-disciplines of psychology, and where are their boundaries? Most people list cognitive, social, organizational, developmental, and clinical as the primary sub-disciplines, but these are mostly for convenience. For example, where would you put research on the physiology of stress resulting from stereotype threat (see research by Wendy Berry Mendes)? How about the developmental effects of the social interactions between a mentor and protégé (see work by Jeanne Nakamura)? Memory and aging (see work by Art Wingfield)?

Sub-disciplines in which people earn their degrees are just first approximations to describe their work and specialization. To say that I have a doctorate in positive psychology means that I have studied the canonical findings, theories, and perspectives of the field. While the determination of this canon is subjective, that problem is shared by every doctoral program in every discipline and every university. Each crafts its intellectual mint mark differently. 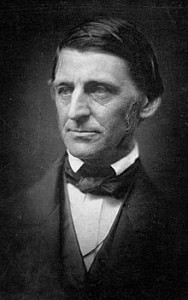 What is the canon of positive psychology?

It helps to keep in mind that positive psychology is essentially a rebranding of humanistic psychology, and that the actual creator of the term positive psychology is Abraham Maslow. Any student of positive psychology has studied the history of the field including the perspectives of humanistic psychologists Rogers, Adler, Maslow, Erikson, and Frankl, and their influential predecessors James, Jung, and (believe it or not) Freud. Most graduate students in the field will trace the subject of human flourishing back to some of its philosophical roots in Aristotle’s Nicomachean Ethics, the scriptures of the major world religions, and a few choice thinkers that are favorites of whoever is leading the doctoral seminar. Anyone who takes mine is going to read Transcendentalist literature.

In addition, common theories, often unproven but thought-provoking, include learned optimism, self-actualization, PERMA, practical wisdom, and the positivity ratio. This canon of knowledge leads to a series of attitudes and perspectives that inform how members of the community approach research and applications in the field, which leads to the question:

What is the positive psychology approach?

Why do people misconstrue positive psychology?

The trouble begins when media outlets start stating theory as fact and approach as evidence. Then you start reading about the so-called “power of positive thinking,” and why optimists have better lives than pessimists, and how positive emotions improve productivity. Articles about topics like these are presented as news. They often quote positive psychology researchers to add some legitimacy to their claims. Scientists sometimes need the publicity because it makes it easier to get grants and public speaking engagements that will enhance their tenure bids and salaries. That’s not their fault. That’s the system. 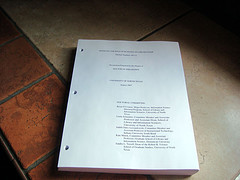 Of course, what really makes a doctorate is not just learning the canon, but making an original contribution to the field. Those who earn doctorates must contribute new insights, often about a rather specific topic. In my case, I did a dissertation on microflow and discussed some of its applications in daily life. I now study microflow in the workplace. Like so many dissertations, my actual work is interdisciplinary, and does not fall neatly under the rubric of any sub-field in psychology. Though I have used myself as an example (since I’m currently among the only ones with a Ph.D. in positive psychology), the fact remains that all graduates of a doctoral program in positive psychology will fit a similar description.

So, yes, one can surely get a doctorate in positive psychology. What people think that doctorate is about, however, may be another cover story.

Martin Seligman is often called the father of positive psychology, but it’s a mistake to assume he invented the term. He did in fact put an inordinate amount of work into developing an updated scope of the field and identifying specific aspects of humanistic psychology that he felt should be expanded in research. There are many who played a major role helping Seligman in this endeavor, including Mihaly Csikszentmihalyi, Chris Peterson, Antonella Delle Fave, Ed Diener, Barbara Fredrickson, James Pawelski, and Nansook Park. Some, like Jeanne Nakamura, tended to avoid the limelight but did incredible amounts behind the scenes.

Froh, J. J. (2004). The history of positive psychology: Truth be told. NYS Psychologist, 16(3), 18-20. Includes the statement, “More recently, Abraham Maslow spoke of a psychology in which attention should be given not only to what is, but also to what could be. Maslow even used the words “positive psychology” for a chapter title in the 1950s.”

The Tyranny of Perfection

Mindfulness in the Morning is More than Meditation

Thanks, Orin, for sharing a retrospective history of positive psychology lesson as well as your path to your doctorate. Hypnosis and organizational behavior, how interesting. I am curious about that pairing. I would love to know how you intertwine these two, if you do. Good luck with your research and thanks, again.

Judy, a lot of it relates either to stress or to cognition in the workplace. If you want more details than that, feel free to email me.

Nicely done! And thank you for giving Jeanne Nakamura the credit that she so rightly deserves.

Thanks, Orin. I am so delighted to see how you meld hypnosis and business. Very creative and to me courageous!

So glad to see you quoting Maslow, Frankl, Rogers etc. I recently had feedback from an article I submitted to an academic journal that suggested I look for more recent references as I’d quoted Maslow (1964). I found this quite disheartening and slightly ignorant, frankly. Apart from the fact that 99% of my references were very recent, there is value to be had using ‘established’ theorists and seeing them through a new lens- ie positive psychology. Anyone who is doing any work in organisational scholarship should be applauded Orin.

Pam, there are a few additional articles about this work that might serve your purposes, as well. Journals do have a reason for wanting more recent references so, to appease them, consider citing Tay & Diener (2011), as well as ideas from Deci, Bandura, and Luthans. Much faster than cutting down the mightiest tree in the forest with a herring.

Thanks Orin and Judy. I’m having a think as to whether I want to resubmit. At the moment I think I want to focus on work. If a gap appears in the diary then I will revisit but not being a ‘natural’ academic I’m more focused on work and application. We shall see…