Home All The Differences Among Mindfulness, Flow, and Hypnosis
AllMindfulnessPathway 2 "Engagement / Flow"Taking Action

The Differences Among Mindfulness, Flow, and Hypnosis 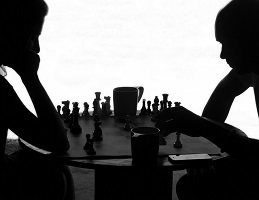 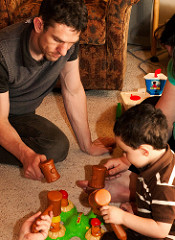 Whackamole!
In the helter skelter of daily living, many of us feel like we’re playing Whack-a-Mole on the insane speed level, lacking time to stop, think, and plan. When we rush around thoughtlessly or think in hyper mode, our relationships seem like drive-by soul touches, and our work can feel meaningless because we don’t have the space to address the true challenges it holds.

This is nothing new. You’ve heard it a dozen times, and you probably skimmed right through that paragraph with an eyeroll at yet another lament about the state of modern society and how mindless we can be in our zombified existences. But, that’s just the standard contrast used whenever people try to define mindfulness.

As Brown and Ryan indicate, most people understand mindfulness juxtaposed to mindlessness, and hence the comparisons with typical daily life. But, the suggestion that mindfulness and mindlessness are opposites incites people to look for mindfulness in such a wide range of contexts that the definition of mindfulness becomes incredibly loose. People start conflating mindfulness, hypnosis, flow, meditation, and everything else that seems to be on the opposite end of the spectrum from the alleged defaults of putting out fires or staring blankly into space.

Let’s Set Up Some Boundaries

It might help just to put some boundaries around these constructs so we can make sure we’re communicating.

For a start, where the confusion begins to arise is in the role of attention in all three constructs, as they all require a significant degree of focus. Thinking of mindfulness, flow, and hypnosis as being functions of focus that are applied in different ways is what underlies the mess, so that is where the unpacking needs to start. Instead of conceiving of attention as a single construct, treat it as comprising two different functions, one of which is concentration, and the other of which is monitoring (i.e., awareness of one’s context).

Originating in the Buddhist concept of sati, mindfulness relates to memory or keeping something in mind. In recent research, mindfulness has multiple definitions ranging from active cognitive processes to more passive observation. There are some good overviews in references. All descriptions of mindfulness involve paying careful, active attention to the present moment. 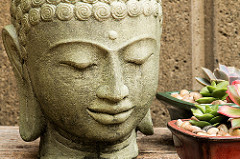 For instance, Kabat-Zinn described mindfulness as “paying attention in a particular way: on purpose, in the present moment, and non-judgmentally.” This openness refers to the monitoring aspect of attention, and necessarily covers a broad range of potential objects of focus. As such, mindfulness is explicitly not directed at a particular goal.

Incidentally, Chiesa’s review of the history of mindfulness and Western conceptions of it reveals several problems with the definition above. The first is that, according to Chiesa, mindfulness is not a morally- or ethically-neutral construct. Its development is associated with the concurrent development of ethically positive traits like loving kindness and compassion. The second problem is the utter lack of agreement among the various conceptions of mindfulness, which ranges so far that some of the scales that measure mindfulness don’t even correlate with each other. As Chiesa notes:

“In sum, according to classical literature, mindfulness concerns a lucid awareness of what is occurring within the phenomenological field and meditation plays a key role in the development of mindfulness. In particular, for the correct development of mindfulness, both concentrative and open monitoring skills should be developed with the main aim of keeping the mind anchored to present moment experience and perceiving an experience in its stark form free from one’s own projections and misunderstandings. Finally, an attitude of acceptance is thought to facilitate and to be the result of the development of both mindfulness and concentration.” (p. 258) 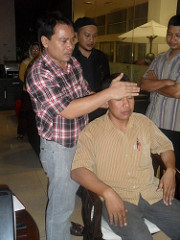 Trying to get a straight definition of hypnosis is harder than herding cats. Folks in APA’s Division 30 have been going back and forth for decades over exactly how hypnosis should be defined, and the formal definition has changed significantly multiple times in the past decade. About the only two things most hypnotists agree upon is that hypnosis involves both absorption and response to suggestions. Response to suggestion does not require being in the present. For example, age regression involves going to a past age. This is a key difference between mindfulness and hypnosis. The two can be directed to overlap, but do not do so by default. Moreover, in hypnosis, one may sometimes perceive one’s actions as involuntary, whereas mindfulness is generally associated with a strengthened sense of voluntary choice and agency.

Because it involves being responsive to suggestion, hypnosis is goal-directed behavior, unlike mindfulness. It also requires a degree of absorption that excludes many of the percepts and happenings in the local environment, also unlike mindfulness. Although some definitions of mindfulness consider the ability to concentrate necessary for maintaining awareness of the present, this is different from the use of concentration in hypnosis, where absorption is used to eliminate awareness of the present in order to focus on specific thoughts, sensations, or behaviors. In fact, Dienes and colleagues point to a negative correlation between hypnosis and measures of mindfulness!

Get your lasso ready, because trying to define flow is yet another exercise in wrangling disputed constructs. What a decent number agree upon, however, is that flow involves deep focus and an experience of effortless action while engaging in an intrinsically-rewarding activity with a clear goal, some indicator of whether that goal is being met, and the loss of awareness of the self as the entity participating in the activity. The individual becomes part of the activity rather than a separate actor. 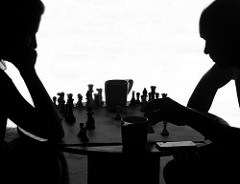 Here again, we see that goal-directed behavior differentiates flow from mindfulness. Moreover, while flow typically requires focusing on the present surroundings and being in the moment, it is possible that one may need to step outside of the moment (and into the past or future) in order to pursue the goal, and thus one is not necessarily fully in the present. An example might be predicting future moves of a chess opponent.

With regard to the high level of concentration necessary for flow, the concentration is not explicitly about maintaining awareness of the present as it is for mindfulness. Rather, flow involves merging action and awareness. Concentration is important for applying high levels of skill to meet a high-level challenge, which in turn requires eliminating everything in the present that does not pertain to meeting the high-challenge goal.

Thus, someone experiencing flow is not open to everything, and is certainly not accepting it nonjudgmentally. On the contrary, the goal-directed nature of flow requires extensive applications of judgment.

Finally, some conceptions of flow have an autotelic component that entails being intrinsically motivated to pursue the high-level challenge, which makes flow the only construct of the three to involve intrinsic motivation explicitly. While one might argue that mindfulness is inherently autotelic, the moral/ethical nature of mindfulness gives the pursuit of the endeavor a different bent from the neutrality of both flow and hypnosis (the latter of which does not contain an autotelic component).

Mindfulness, hypnosis, and flow all involve states of deep attention, but each has a key differentiator.

Just to make this a bit more confusing, one can intentionally direct a trance towards mindfulness, and practicing mindfulness can include a flow experience. But, each of the three constructs has a distinct attentional signature in terms of how concentration and awareness are used to create/facilitate the experience, among other differences.

Not that we can’t enjoy all three on a daily basis!

The authors used the resources below to support their points. Here’s a version of this discussion with citations included in place.

Brewer, J. (2017). The Craving Mind: From Cigarettes to Smartphones to Love—Why We Get Hooked and How We Can Break Bad Habits. New Haven, CT: Yale University Press.

Grossman, P. (2011). Defining Mindfulness by How Poorly I Think I Pay Attention During Everyday Awareness and Other Intractable Problems for Psychology’s (Re)Invention of Mindfulness: Comment on Brown et al. (2011). Psychological Assessment, 23(4), 1034-1040.

Practicing Happy Together can be a SNAP for Aristotelian Lovers

Thanks for your clarification here, Vera and Orin. I am off now for a flow-engendering activity!

On FLOW and Mindfulness, or why mindfulness is integral to flow

Presented for your consideration is new perspective on mindfulness that posits it as an essential element of achieving and sustaining peak or flow experience. The procedure it entails is very simple and you may wish to give it a try. It is based on the work of the distinguished neuro-scientist Kent Berridge of the University of Michigan who was kind to vet the argument for accuracy. My argument is validated by simple procedure and is easily falsifiable, with the theoretical argument linked below.

——————————–
Simple Version
Just be mindful and simultaneously and consistently engage exclusively in meaningful or important behavior and you will feel relaxed, pleasurably aroused, and ‘intrinsically’ motivated. The more meaningful the behavior, the greater the affective response. That’s it.

Simple Explanation
Individuals who engage in tasks that have a consistent and high degree of ‘meaning’ (e.g. sporting events, creative activity) naturally experience a state of high alertness and arousal (but not pleasure) that maps neurologically to the activation of mid-brain dopamine systems. However, many of these individuals also report a concurrent feeling of pleasure or bliss, but these reports are evidenced only in non-stressed situations when the covert musculature is inactive or relaxed. Since relaxation engages opioid systems in the brain, and because opioid (pleasure) and dopamine (arousal) systems stimulate each other, blissful states require the simultaneous engagement of resting protocols (of which mindfulness is the most effective) and meaningful cognitive states, behaviors that can be very easily achieved and sustained.

I offer a more detailed theoretical explanation in pp. 47-52, and for flow on pp 82-86 of my book on the neuro-science of resting states, ‘The Book of Rest’, linked below. A reading that is perhaps moot if the procedure does not work!