Peace is a Character Strength 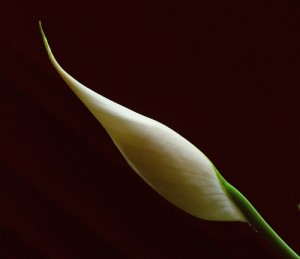 This month I thought that I would visit a topic that is near and dear to my heart: peace. I have thought about peace in many ways and from many perspectives, from the eyes of an angry brother, an anxious student, a frustrated child, and as an adult making his way in the world. Coming from positive psychology, it makes me think of the virtues and character strengths model outlined by Peterson and Seligman (2004). Here, I’d like to condense an exercise I wrote for class, arguing for peace to be considered as one of the character strengths. This essay will roughly (though not completely) follow the criteria for a character strength outlined in the Peterson and Seligman book Character Strengths and Virtues: A Handbook and Classification.

Peace is both an internal strength, as well as a strength expressed between individuals and groups. Peace is, in part, a state of non-conflict where desires or goals are in harmony with the values and motivations. It includes the ability to achieve this state through self-knowledge of values and goals, self-regulation to control the passions and desires, wisdom and perspective to see the similarities and differences between competing goals and to prioritize between them. It is the ability to see through the differences and focus on the similarities shared between the different groups of values and goals, as well as the ability to prioritize among values and goals and focus all energies into a peaceful union in pursuit of those goals. Peace allows all energy within the individual or group to be available to achieve its goals, without being sapped by conflict. Conflict is defined as the difference between the varying goals we have or values we treasure. Peace is not necessarily about NOT having competing goals, though it IS about not having conflict between them.

Christianity, Buddhism, and Jainism are but a few religions hold peace as one of their central values. Peace is encouraged and cultivated within the members of these traditions. Inner peace is a valued goal for most practitioners of most of the major religions of the world. On a national and international level, most nations do not desire constant contention and war between the nations of the world. It is bad for economies, the environment, national resources, and for the welfare of their citizens. Peace also seems to be valued as the ultimate state to achieve by many nations the world over.

Is Peace Uplifting, or Does It Diminish Others?

Peace, when achieved either personally, between individuals, or between groups is generally elevating. Peace implies not simply a calm, non-violent state. Peace can also create a mutual sharing and helping between groups. Togetherness can even be a result in which the separation between both groups no longer exists and the groups now consider themselves one group. This usually benefits all participants. The employ of aggression diminishes others, not so the employ of peace. Likewise, the observation of peaceful acts tends to make people desire to follow suit in their own behavior. At the very least, the observation of peace makes observers feel good about the observation.

Is Peace Distinct From the Other Character Strengths?

Peace seems to include three other character strengths: social intelligence, forgiveness and mercy, and self-regulation. Social intelligence can help to create peace between groups, but it is not an indivisible part of peace, and certainly not required for personal, internal peace. Forgiveness and mercy could be considered necessary for peace, because often in order to make peace you have to forgive yourself or others of the past. This does not make forgiveness and mercy a part of peace, however, merely a helpful moderator for reconciling memory and past actions. Self-regulation could be seen as peace, but here is the rub: self-regulation is the power of the will to do things in spite of how you may feel. Peace on the other hand is that state of mind and emotion that is absent of conflict; will is not required because there is nothing in conflict. Peace is distinct and different from the other 24 character strengths.

Are There Paragons That Embody Peace?

Some paragons of peace include Thich Nhat Hanh, Mahatma Gandhi, Jesus, Gautama Buddha, and all of the recipients of the Nobel Peace Prize such as Dr. Martin Luther King, Jr., Nelson Mandela, Bishop Desomnd Tutu, and Mother Theresa. Many of these individuals worked for and advocated peace between groups of people and exhibited the leadership strengths that brought about that peace.

Gandhi, Jesus, and the Buddha are three paragons that most people would agree are paragons of internal, individual character strength of peace. Many times, as in the cases of these three, peace comes about among groups by the personal influence of these individuals, many centuries later. This speaks to the degree of this strength within these paragons.

Imagine an Individual or a World Without Peace

Imagine a person without a modicum of peace. They would be quarrelsome, violent, angry, possibly depressed, and certainly troubled. They would have difficulty making decisions, for their inner values and goals would be in constant conflict. Those groups or nations that suffer from a lack of peace would have no respect for the rights of others, and would be doing things that are in contradiction with its values. Also, selective absence of peace between nations results in trade embargoes and at its extreme, war. What a terrible world in which to live!

Peace has been completely overlooked by the literature as a character strength and it is puzzling as to why. It is obviously fulfilling, otherwise so many millions of people would not meditate or pray or go to church or spend billions on the self-help industry to find calm and peace within themselves. A complete absence of peace would be a travesty indeed for any individual or nation. The only outcome of peace is greater well-being and life satisfaction, both for the individual and for groups.

I think that peace is an ultimate virtue, perhaps separate from all the others; a virtue or sate of being that comes about when we have true inner harmony among our goals, beliefs, and values.

“The practice of peace and reconciliation is one of the most vital and artistic of human actions.” – Thich Nhat Hanh

Practice Does Make Perfect: The Value of Deliberate Practice

The Importance of Active Leisure

Thanks for this great article about the virtue of peace as a character strength.

I was reminded of a buddhist teacher I had many years ago, Chogyam Trungpa, saying that peace could be cultivated in the individaul. One thing he said frequently to teach this cultivation was “Generosity is the virtue that produces peace.” There is a dynamic in operation in human character where the virtues work together.

This is in reply to your message to me in Sherri’s article.

Think about Gandhi, Nelson Mandela, or Bishop Desmond Tutu. They peacefully led their oppressed peoples out of oppression.

They had to work at it, being peaceful. Have you ever heard of the stories of Mandela in prison for 27 years? He treated the prison guards like equal human beings, without disdain.

Maybe I should post more about it to flush out my thoughts more fully. Thanks for your response!

I thought about your reply. To me, Gandhi was fighting a society (the British Empire) that upheld law as its defining value. In his context, when overwhelming British arms could have slaughtered his people, nonviolent resistance was a sensible choice.

What I grapple with is situations where pacifist resistance is untenable. Genocide is a key case that for me defies an easy solution. When I think of the Holocaust I believe that overwhelming force of arms was a better choice than peaceful resistance. Because of judiciously applied force, Europe is moving towards a somewhat peaceful union.

I don’t believe in context-free strengths. Orwell might have had it right when he said “Peace is War”. Even the Dalai Lama has said that you can be violently forceful, without being hateful. In Ethics for the New Millenium by the DL, he gave as example a policeman subduing a subject with force.

Your article was good food for thought.

Nicholas,
Peace is a character strength because it must be chosen, developed with hard work, and brings self-confidence. Christianity teachs that peace is chosen. Paul [Colossians 3:15] wrote, “Let the peace of Christ rule in your heart. In my training curriculum using the 24, I added peace.
Thanks for your article,
Mark Liston