A Theological Position in Positive Psychology 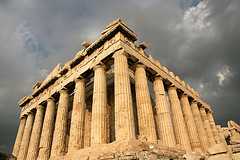 If we can follow these win-win laws and create positive states within ourselves and amongst ourselves, then perhaps we are achieving the highest Good, and perhaps the Creator really does lie within each of us.

The Power of Stories