Home All Simple vs. Complex Character Strengths
All

Neal H. Mayerson, Ph.D., is a licensed psychologist, Chairman of the VIA Institute on Character, and Chairman of Hummingbird Coaching Services. With Dr. Martin Seligman, he established the nonprofit VIA Institute in 2002 to create a classification of character strengths and virtues and scientifically valid tools for measuring these character strengths. The VIA Institute serves as a bridge between research and practice and provides the VIA Survey, its Expanded Reports, and the VIA Intensives.

When we set out to create a framework for studying character strengths, we were aiming to develop a taxonomy.  We had a retreat in Glasbern, Penn., at which 20 or so people with diverse professional backgrounds gathered to discuss how to approach this daunting task.  Among the professionals was someone with expertise in systematics (as well as a young pony-tailed philosophy professor named James Pawelski ?).  We were informed that a taxonomy presumes an underlying theory of relationships.  Recognizing that such theory did not exist, we were told that our best goal would be to describe a classification, which is in fact what Chris Peterson and Marty Seligman did with the advice and input of a panel of esteemed scholars.

The VIA Classification of Character Strengths aims to identify elemental traits of character, and to organize them conceptually and statistically (e.g. factor analysis).   When confronted with the large array of prospective candidate strengths for this classification, Drs. Peterson and Seligman formulated a list of ten inclusion/exclusion criteria, subjecting each character trait to a rigorous review.  The 24 traits that made it into the Classification are those that best match these criteria for inclusion (see pp. 17-27 in the CSV Handbook).  Among the aspirations of the Classification is to identify elemental positive traits that can combine to form more complex traits, but which cannot be decomposed into one another. 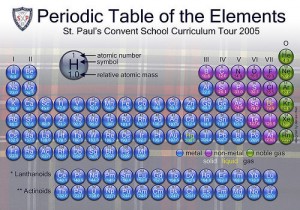 In a recent post on Positive Psychology News Daily, John Yeager wrote an article entitled I Think “Critically,” Therefore I Am: The 25th Strength.  In it he wrote:

Consummate critical thinking is a rich and complex strength that is comprised of a constellation of many other strengths, including open-mindedness, curiosity, love of learning, persistence, integrity, and self-regulation…Consummate critical thinking is simplicity on the other side of complexity, a constellation of components that are systematically employed to function as the 25th strength of character.

There are many compound strengths of character such as critical thinking, which John Yeager describes so well.  However, they do not in fact extend the VIA Classification as he suggests, but do give direction to how compound strengths might be deliberately constructed in efforts to improve the human condition.  The VIA Classification of Character Strengths identifies, as best we can, basic elements of character, which in combinations form the rich texture of human character.

This “periodic table of character” offers researchers a framework for delving into the complexities of this important area of human nature.

Editor’s Note: This article appears at the end of Part 1 of the Positive Psychology News book, Character Strengths Matter.

Well-Being at the Population Level: Building a Flourishing World

Awe and Becoming Larger than Yourself