The World Premiere of North of Normal 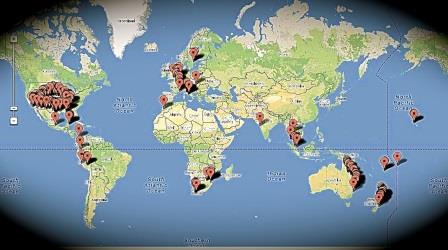 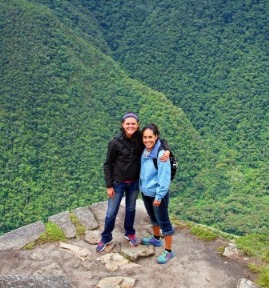 The world premiere of North of Normal: A Cross-Cultural Study and Documentary Film about Love, Passion and Peak Experience will be the first event in the Western Positive Psychology Association conference on September 5.

In 2013, Angela Mouton and I, Ph.D. students in the Claremont Graduate University Positive Psychology program, traveled to 22 countries on six continents and interviewed 150 people about love, passion, and peak experience. Our goal was to bring diverse voices into academic research.

We were also inspired to make a documentary film to transmit our findings to a wider audience through the stories of people from the townships of South Africa to the peaks of Machu Picchu, from the grandeur of Rome to the wonder and magic of Mexico City. The result is North of Normal, which premieres on September 5th, 2014 at Garrison Theater in Claremont, California.

Interested people can email us to get a link to watch the movie. We are also open to showing the movie with a question and answer session afterwards if people are interested in setting that experience up for their organizations.

The initial idea to conduct a cross-cultural qualitative research study grew out of our observations that a majority of research being published in the positive psychology field is quantitative and often based on student samples. 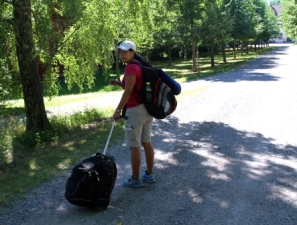 A recently published article in the Journal of Positive Psychology by Donaldson, Dollwet and Rao confirms our suspicions. They systematically coded 1,336 peer-reviewed research articles on positive psychology published between 1999 and 2013. They found that of 771 empirical articles, 78% exclusively used quantitative methods. In addition, more than half excluded adults outside of an academic setting: 39% used college or graduate school student samples, and 16% were studies of children and adolescents aged 18 and younger.

We began to formulate the idea of conducting positive psychology research around the world. Our project gained momentum in March of 2013 with an unexpected shift in our professional circumstances. Although unexpected, we were energized with possibility and took it as a sign that the time was right to crystallize our vision. By April we had launched a Kickstarter crowdfunding campaign and successfully raised $15,500 to cover the cost of a high-definition camera and professional grade audio equipment, as well as post-production expenses. We more than doubled our budget through personal savings and research grants, and downsized our lives into two small backpacks and one carry-on suitcase.

Story of the trip

The research trip began in June 2013. We spent a month on each continent, beginning with a road trip of 13 US states from California to New Orleans and back, hitting the Far East by September, and ending with Panama and Mexico in December.

The majority of our participants were recruited using a convenience sample. We primarily interviewed strangers, but included a smaller number of prior acquaintances and friends of friends. All of our interviews were conducted in English, and in total we interviewed people from 40 different nationalities. Key questions included,

We chose to investigate love, passion, and peak experience because we felt these were three important constructs that could benefit from additional in-context, cross-cultural research.

The International Positive Psychology Association (IPPA) emphasizes, “Positive Psychology is founded on the belief that people want to lead meaningful and fulfilling lives, to cultivate what is best within themselves, and to enhance their experiences of love, work, and play….” In Donaldson and colleagues’ investigation of positive psychology research to date, love, passion, or peak experience were not mentioned as sizeable areas of research. Well-being accounted for more than 25% of all articles published followed by character strengths, hope, gratitude, resilience, and growth. 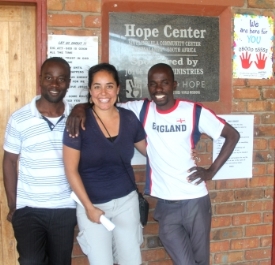 Although there is a wealth of research in the field of psychology about love in the context of personal relationships, we know very little about what people love outside of other people. For passion and peak experience, most published articles are closely tied to the theories and research of the original investigators, namely Robert Vallerand and Abraham Maslow respectively.

We were curious how these constructs might be interpreted by participants from different parts of the world if, rather than define the terms, we allowed participants to interpret them as they saw fit.

We were also inspired to do this type of research by some of the strongest critics of positive psychology such as Stephen Fineman, who questioned the “appropriateness of the positiveness perspective, the separation of positive from negative emotions, and the cultural roots of positiveness.” In his article, Fineman chastised positive scholarship as seeking to validate a priori views about what constitutes a positive, good person rather than to discover, “what makes for goodness/positiveness in different circumstances…(273).”

“[we] … are suspicious about a research methodology that claims a monopoly on the truth and that sets the knower apart from the knowledge gleaned (e.g., see Alvesson & Willmott, 1992, and Charia & Nuzzo, 1996). In this respect, positive psychology’s objectivist vision of exclusive, rigorous application of scientific empirical research (i.e., measurement focused and laboratory tested) is restrictive, appearing unreflexive and value naive (Peterson, 1999),” ~ Fineman et al, p. 284.

Our research intended to answer these critiques by conducting cross-cultural qualitative research in positive psychology, in a way that allowed participants to define, in their own words, the constructs of love, passion, and peak experience. We saw an opportunity to contribute to the field by informing and refining theory using a grounded theory approach to understand commonalities and differences in the lived experience of diverse people. One of our intentions is to contribute to positive psychology scholarship our observations about the apparent effects of context and culture on people’s lived experience. 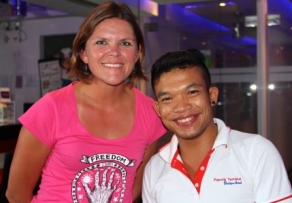 It was only through a close reading and coding of interview transcripts, as well as our own lived experience during conversations with participants in the developing world, that the connection became apparent to us. Once apparent, we explored the pattern using quantitative methods.

Our goal is that our research and documentary North of Normal will be effective in communicating interesting research findings to a wide audience through illustrative stories from people around the world, including those who are unlikely to participate in traditional psychology research.

The movie is the first event of the inaugural Western Positive Psychology Association Conference, which also includes a celebration of the 80th birthday of our advisor and positive psychology co-Founder Mihaly Csikszentmihalyi. The event will include addresses by Professor Csikszentmihalyi and other world renowned speakers including Martin Seligman and Antonella Delle Fave.

Angela and I, with the help of our amazing editor, Eduardo Gonzales from Pitzer College have produced and edited the film from beginning to end. Perhaps our most powerful personal lesson from the project is that not knowing how to do something on day 1 is never a good enough reason to stop you from accomplishing your dreams.

The Surprising Ingredient of Good Health

Hi, Monica, I am blown away by your undertaking with Angela. How I would have loved to have walked this world with you. Can’t wait to see your film and hear more about your data and experiences. You did yourselves so proudly. Deep bows of gratitude for walking positive psychology to the grateful masses and for illuminating real world data for all of us who love watching and helping people flourish all over the world. Wow!