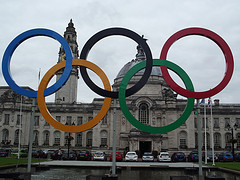 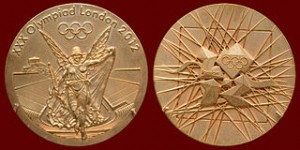 Olympic Gold, front and back

The Olympic Games represent ultimate sporting achievement of excellence, and medalists are champions of optimal human performance. Every Olympian brings a story of challenge, risk, failure, triumph, and hope. These stories have the potential to inspire people around the world to dream of similarly impressive feats of meaning.

WISDOM – Cognitive strengths: Learning and the use of knowledge and experience 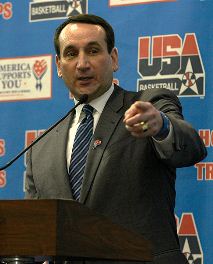 Robert Sternberg (1998) defines wisdom as, “A balance between the interests of the self, other, and the larger community.” USA Men’s Basketball Coach Mike Krzyzewski has been the winning coach in over 1,000 basketball games, and he is motivated in a way that echoes Sternberg’s wisdom. In a recent USA Today article, Krzyzewski, 65, said representing the USA is, “the ultimate honor,” and the experiences gained by his family are invaluable and bring him great joy. In addition he is passionate and exhilarated by the challenge of putting his legacy on the line and leading a most talented group of athletes.

Coach K is a master motivator who teaches his famous team of NBA stars the deeper significance of working together to compete for USA. With two gold medals, entering into his 3rd and potentially final go as coach of the USA basketball team, he has created a legacy of living in service. The USA team won its first game against France on July 29, but there are several challenges yet to meet.

COURAGE – Emotional strengths: Willpower and motivation to achieve goals in spite of adversity

A young athlete with prosthetic legs

Before the age of 1, Oscar Pistorius’ legs were amputated below the knee. Showing incredible resilience, Pistorius mastered the physical challenge of living an active lifestyle with prosthetic legs and was a world class sprinter until sporting officials claimed his disability was an unfair advantage. He rose to the emotional challenge of battling authorities for his right to compete against the best in the world, and after months of rigorous medical testing had his eligibility reinstated. His courage to persevere through pain, doubt, and a brief ban from the sport was rewarded when he qualified for the London Games in the 400m sprint and the 4x400m.

Pistorius is running for South Africa in what is often considered by track and field athletes as the most gut-wrenching and physically painful sprint. Oscar will race against some of the world’s most explosive and powerful athletes on Saturday, August 4th at Olympic Stadium. 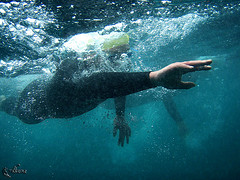 US open water swimmer Alex Meyer was living a dream. He was a Harvard All-American swimmer and had met the perfect friend, roommate, and training partner in Fran Crippen at the 2009 World Championships in Rome. The two became fast friends and set a goal to compete together in the London Olympics. In October 2010 they traveled to the United Arab Emirates to swim in a World Cup race that would change Meyer’s life forever. Their event was the grueling, 10k marathon swim and unlike the friendly conditions of an indoor pool, they were swimming in the open sea and subject to nature’s elements. During the race Meyer realized Crippen was missing, but it was too late. Overcome by the heat, his friend drowned and Meyer would never see him alive again.

Meyer carries a well-traveled framed photograph of his fallen teammate and has kept their friendship alive by building new relationships with Crippen’s parents and friends. He’s joined them over the years for Fran’s birthdays and the anniversary of his death. Meyer says the best feeling is being in Philadelphia surrounded by his new friends and family. In an interview with the Boston Globe, Meyer said, “I wanted to make Fran proud, and his family and friends. Right now, it’s a huge motivator.” Meyer will swim in the open water competition August 10 in Serpentine, a lake in London’s Hyde Park.

Qatar is a tiny middle eastern country known for its oil wealth and award winning airline. Deeply rooted beliefs in the separation of men and women have prevented Qatar and other nations such as Saudi Arabia and Brunei from sending female athletes to compete in the Olympic games. Al-Hamad, 19, carried the Qatari flag during opening ceremonies and represented her country in the women’s air rifle competition on July 28th. 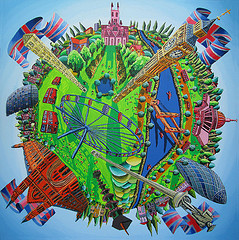 Attar, a native Californian who attends Pepperdine University, will be the first woman in history to compete for the ultra-conservative nation of Saudi Arabia. As a 2nd generation Saudi, Attar’s inclusion in the London games is a compromise made to satisfy the International Olympic Committee, which insisted that the country send female athletes to participate. In an interview with the IOC, Attar said, “I definitely think that my participation in this Olympic Games can increase women’s participation in sports in general. I can only hope for the best for them and that we can really get some good strides going for women in the Olympics further and just in sports in general.”

Attar and al-Hamad are both 19 and represent new possibilities in sport for millions of Arab women. Although some have warned of a potential backlash from their participation in London, no one can deny the importance of breaking the barrier and inching their nations towards gender equality. 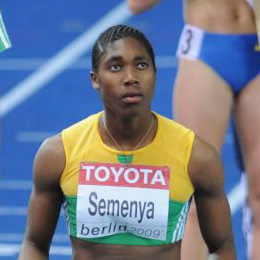 Caster Semenya is South Africa’s flag bearer for the 2012 London Olympics. Her journey to represent her country could not have happened however without the power of forgiveness. After beating her competition by more than 2 seconds in the World Championships in Berlin in 2009, Semenya was thrust into the public eye and subjected to unimaginable scrutiny by people in her own country who questioned her gender. Semenya’s excellence as a runner was so extraordinary the International Association of Athletics Federation (IAAF) claimed it was obliged to investigate and requested she see a doctor and undergo a physical examination. She agreed, naively assuming the IAAF had her best interests at heart. However, what followed was a debacle of extraordinary proportions that gained international attention and made Caster a poster child for an increasingly relevant debate about gender, sexuality, and sport. She was poked and prodded with the results leaked for the world to know. The ordeal was traumatic enough that no one would have blamed her for giving up the sport after she was banned from competition for almost a year.

Semenya would not be forced to give up what she loved most. Her prudent ability to focus on running during the past three years of turmoil has made her a national heroine and a favorite to win gold in London. 800m prelim races begin on August 8th.

Samyr Laine, 28, is attempting to become the first Haitian since 1928 to win a medal in the Olympic games. Laine, a Harvard and Georgetown Law School graduate, has never lived in Haiti and is competing for the disaster-stricken country for a purpose much larger than himself.

He is one of 5 athletes, 4 of whom are not natives, who will compete for Haiti in London. Laine’s Olympic dreams are fueled by his desire to raise the profile of his nonprofit organization, the Jump for Haiti Foundation, a sports program that plans to run camps and clinics to train and produce native Haitian Olympians in the future. “The goal,” he says, “is to have future teams made up of athletes who were born and raised in Haiti.” Laine hopes to parlay a strong performance beginning on August 7th in London with support from his college roommate, social media mogul Mark Zuckerberg, into a win for athletic development in Haiti.

Keep your eyes open for character strengths and virtues as you watch the Olympics. We invite you to post your nominations for medalists in wisdom, courage, humanity, citizenship, temperance, and transcendence.

The Psychology of Spas and Wellbeing (Book Review)

Gold medal for this topical article Monica! It is great to read about the character strengths that lie beneath the physical prowess. Thank you.

Thank you for the “rest of the story” from a character strengths perspective!