Home All From Harmonies to Happiness: Choirs for Community Well-being
AllPositive EmotionRelationshipsSpirituality

From Harmonies to Happiness: Choirs for Community Well-being 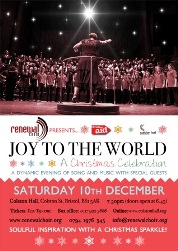 The New Seekers were definitely onto something in the seventies, for over the past year I’ve been forming a belief that singing in a choir might be one of the best positive psychology interventions around.

The Positive Power of Singing Together 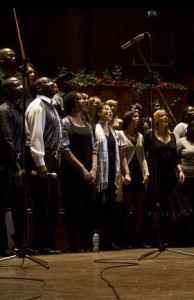 A year ago I joined a local gospel choir to put ‘sunshine into the soul’ during the long winter months, and it’s undoubtedly been one of the most powerful interventions that I’ve ever experimented with. Every time we sing in harmony I can sense the presence of a bunch of positive emotions feeding into my positivity ratio, and it seems I’m not the only one.

A friend who lectures in health psychology describes choir singing as his mental health maintenance program. Two of my coaching clients, coaches themselves, are members of choirs while others are taking singing lessons (nothing to do with me!) When Bridget Grenville-Cleave and I co-facilitate Positive Psychology Masterclasses, Bridget arrives on day 1 powered up from her Wednesday evening dose of choral singing, and I come in on day 2 boosted by my Thursday night fix. Bridget has written previously about the benefits of singing for well-being.

In the UK, choirs are experiencing somewhat of a renaissance. Choirmaster Gareth Malone has featured in a series of moving TV reality shows where he forms choirs from unlikely populations: hard-to-reach teenage boys dispelling the myth that ‘boys don’t sing’ and recently with lonesome military wives whose husbands are away fighting in Afghanistan. There are rock choirs sprouting up across the nation singing a mix of pop, rock, soul, and gospel just for the sheer pleasure of it. There’s even a film in pre-production charting the rock choir phenomenon made by the same people who were behind Calendar Girls, and we haven’t even mentioned the sensation that is Glee.

Wearing my positive psychology hat I can see many a way in which choir singing produces well-being. If we consider the five evidence-based steps to happiness recommended by the UK’s Foresight Project on Mental Capital and Well-being, each of the five is amply fulfilled by singing in a choir.

My Choir on December 10

Singing as a Hive Activity 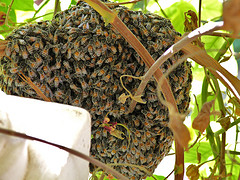 A key ingredient of the joy of choir-singing is that it involves others. Being socially active is one of the characteristics of very happy people. When Jonathan Haidt began writing The Happiness Hypothesis he believed that happiness came from within, but by the end he’d changed his mind to believe that happiness comes from the between: the relationship between yourself and others, your work, and beyond yourself.

In his new book, Haidt outlines the hive hypothesis, which describes humans as hive creatures, aping the ultra-social behavior of bees. Our groupish minds help us to cohere and co-operate. Under the right conditions we enter a mindset of “one for all, all for one,” in which we’re working for the good of the group and not just for our personal advancement. We have the ability to transcend self-interest and lose ourselves, temporarily and ecstatically, in something larger than ourselves. Choir singing is one of the ways in which to flick this hive switch. 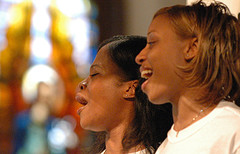 So here’s an idea for a choir-based well-being intervention to send out positive ripples across a community. Stage a flash-mob, an apparently spontaneous but premeditated gathering in a public space, where people burst into song springing a surprise on those around them. Choirs have flash-mobbed around the world in shopping centers, railway stations, and airports. There are plenty of examples to inspire on Youtube.

If by any chance you’re near Bristol on Saturday 10th December, come and join us for the Renewal Choir’s Christmas concert, appropriately named Joy to the World. The clue is in the title!

Here are some flash-mob links to inspire.

Miriam – There is something very uplifting about doing something similar with a large group of people. I have often felt it when singing the National Anthem at Yankee stadium with 40,000 other fans. I am 65 years old, and 5 years ago a friend talked me into taking tap dancing lessons. I said yes, but under no circumstances would I be in the recital. Well, after 8 months of dancing the same dances together with a class of a dozen other adults, I was easily talked into the recital. Then there were 50 of us performing the finale, and doing the same steps as we moved around the stage. It was such fun, and addictive. Five years later I will not schedule anything else on Tuesday night, and look forward to the recitals each year.

Great suggestion to integrate use music as positive social and emotional activity. An additional benefit of music/choiral instruction and performance may be that it encourages mindfulness.

I teach in a high school, and think a great intervention for disengaged or disruptive students would be to assign them to a rock/gospel choir after school. Another possibility would be to teach a group of these students to conduct (you must feel the music – mindfulness).

Do you know if there has been empirical research in this area, Miriam?

dear Miriam,
I can only agree with you – from my own experience. 25 years ago I visited a chanting group in Berlin, feeling rather low. When I left 2 hours later, I was completely transformed, happy, humming and uplifted. So I got involved – and ended up leading the group. I am convinced, that the human voice somehow connects us with our soul.
5 years later I was introduced to the “Dances of Universal Peace“, where people are chanting – and moving together while singing. This is like adding another dimension to the magic which can unfold while chanting: the whole body, or better: the whole being is involved in this wonderful creative way of self expression.
As an additional benefit usually self esteem and confidence increase. Also the human touch when holding hands or looking at each other is so much more fulfilling than gazing into a computer screen. And the strange thing is: when you add body movements to the singing, you learn more easily! and when you are busy with sorting out the dance steps, people forget that they thought they can’t sing…
This joyful activity is actally an effective way to get out of your mind: you have to be “here and now”; many consider this chanting while moving in a circle as an alternative spiritual practice.
Especially for beginners who are too shy or not confident enough to join a choir, the Dances of Universal Peace provide an excellent opportunity to get into singing. Dance circles are normally open for everyone to drop in, and they are shared in around 30 countries all over the world.
Check http://www.dancesofuniversalpeace.org – or search the web.
Ralph Nimmann, Cambridge / UK

Hi guys, I agree that dancing together has similar positive benefits to singing together. Jonathan Haidt in his new book The Righteous Mind refers to raves as flicking the hive switch.

‘Chorus America first evaluated the benefits of choral singing and its impact on communities… The results from this latest research support and advance earlier findings that choral singers exhibit increased social skills, civic involvement, volunteerism, philanthropy, and support of other art forms, when compared with non-singers.’

And also at the University of Christchurch Canterbury in the UK has recently completed a systematic review of the effects of singing on health –
http://www.canterbury.ac.uk/Research/Centres/SDHR/Home.aspx

This is lovely Miriam.

I presume you have seen some of the inspirational The Choir series with Gareth Malone see http://www.bbc.co.uk/programmes/b008y125.

I used to sing in choirs but have been travelling too much. In one the Director of the Edinburgh Science Festival joined us (we sang openly). I asked her why she had come and she said, ‘Well, I have been reading all this research that shows people with religious beliefs live longer. And I thought maybe it is just because they get to sing more often.’

Who knows. But in this coming together of arts and science we see the futures of the century don’t you think?