The Summer of our Discontent 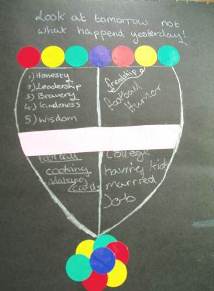 This summer the UK was rocked by riots with young people playing the major role in the looting of shops. In the weeks that followed children as young as 11 were put in front of the courts. Many of these young offenders had already chalked up a list of previous convictions.

I came across disaffected young people such as these and others known as NEETs (Not in Education, Employment or Training) when I was carrying out my MAPP research working with the charity In-Volve to apply positive psychology with substance-misusing young people, in particular those abusing alcohol. Given that the motivation to drink amongst teenagers is related to wanting to be happy, to change mood, escape from troubles and deal with stress, surely positive psychology is well-placed to help adolescents to alternative routes to happiness, positive emotions, and resilience? 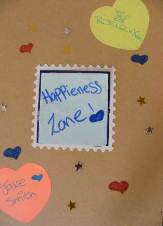 To test this I ran a small pilot of positive psychology interventions (PPIs) over 8 sessions and tracked the teenage participants over 5 months. The experiment turned out to be a success with positive changes on the inside (higher happiness, optimism, and other positive emotions as well as lower rates of drinking and drug-taking) mirrored by welcome developments on the outside as the teens re-engaged with education, got jobs, and moved into better accommodation. There were improvements across their hedonic, eudaimonic, physical, and social well-being.

This convinced me that PPIs are useful not only as prevention but also as treatment for young people who’ve moved beyond the risk and into the reality of social, educational, and health problems. Here are five practical insights that emerged from that experiment for anyone applying PPIs with disaffected teens. 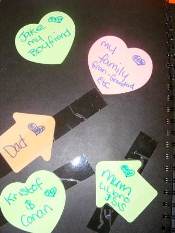 A Shield of Strengths

Disaffected young people are one of the toughest groups to work with but I was surprised to find that they were receptive to happiness interventions, possibly reflecting a longing to escape from their chaotic lives. Across the experiment the positivity ratio of the group rose from 1:1 and approached the tipping point of 3:1, which marks the start of flourishing. Even at these sub-threshold levels of positivity there was evidence of a transformation from druggie drop-outs to dynamic young people.

Editor’s Note: Interested in Miriam’s message? You may also find two of John Yeager’s articles helpful: The Spirit of a Brighter Christmas Future for Children of Rural Poverty and Building Strengths in High Risk Youth.

In-Volve: “In-Volve provides prevention and treatment services for young drinkers and we are pioneering new and better ways of working based on national research and the experience of our specialist team at Project 28 in Bath.”

Images
All images are used courtesy of Miriam Akhtar.

Here’s some of the annotation she provided for them:

This is brilliant and inspiring!

This is incredibly helpful and uplifting! I often work with this population and I can use these interventions immediately. Thank you for this lovely, complete and promising description.

PS The photos are also helpful.